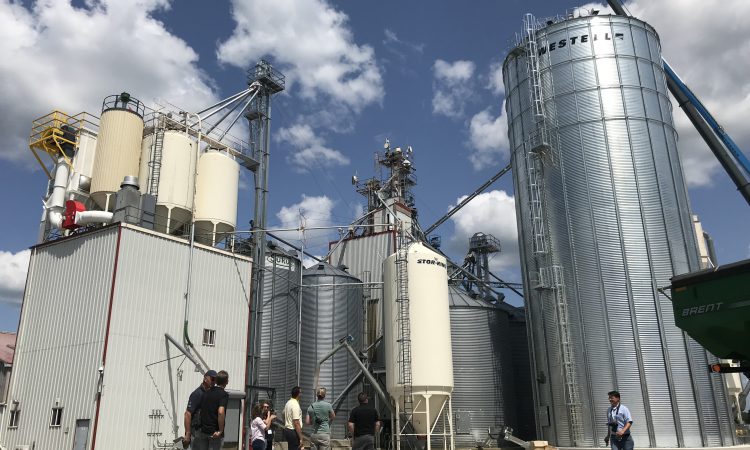 The tallest grain bin in the picture above holds 2,000t. It belongs to Cribit Seeds – a company which trials varieties and processes seed for the Ontario market in Canada, as well as running a food-grade plant, some of which can be see to the left of the image above.

Cribit Seeds is an independent, family-owned seed producer. It works with companies like Dekalb and SeCan to test new varieties, and it shares its information with the growers.

20% of the business at Cribit Seeds is the farm, which consists of 1,500ac. Seed and product for the food-grade side of the business also comes into the plant from other farms, making up 10,000ac.

The first thing to notice on the drive up to the plant was a field of soybeans. Julia Thompson explained that all soybeans grown for seed at the facility are genetically modified (GM). This field (below) in particular was Xtend and it can be sprayed with Xtendimax – a glyphosate and dicamba mix. 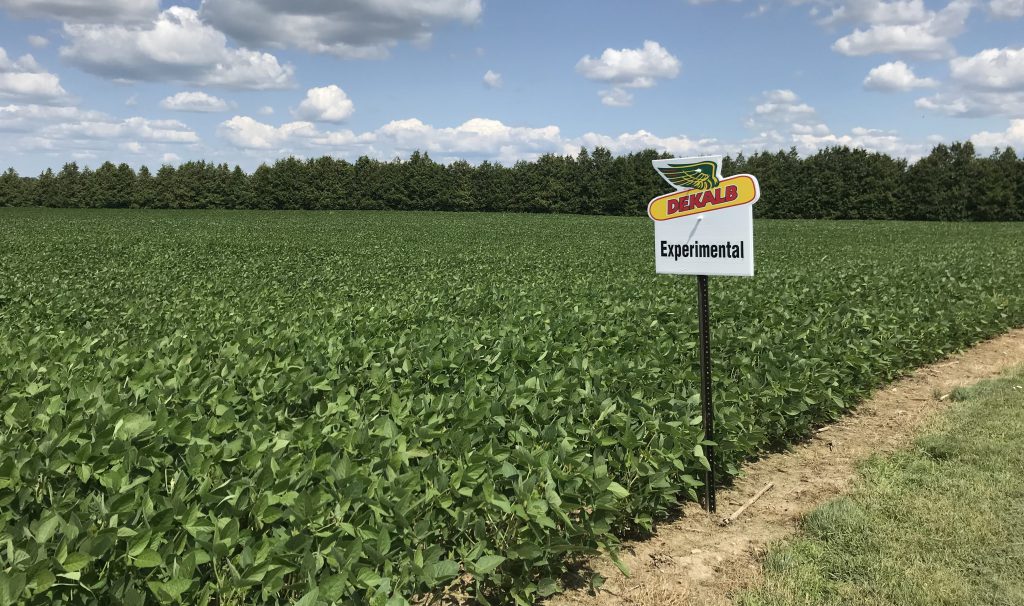 The soybean crop was planted two weeks later than normal on May 23. These soybean plots in particular are showcase plots and data from these will not be collected for research.

Aside from soybeans, the company – which celebrates its 30th anniversary in a few weeks – also produces wheat, oats and barley seed.

Winter barley is making a comeback in Ontario as there is demand for straw and, as a result, spring barley is also an important source of straw. It is also grown for malting, but the climate in Ontario is not very suitable for malting barley.

Cribit Seeds is trialling European varieties of malting barley which may grow in similar climates to Ontario.

Also Read: Straw in demand in Canada…price rises by 200%

There are 480 plots on site and these are replicated an hour away. Some of the variety trials can be seen in the gallery below.

Once finished in the cleaning facility, the grains for seed and food products are kept completely separate. There is no cross-over between the two from this point on. 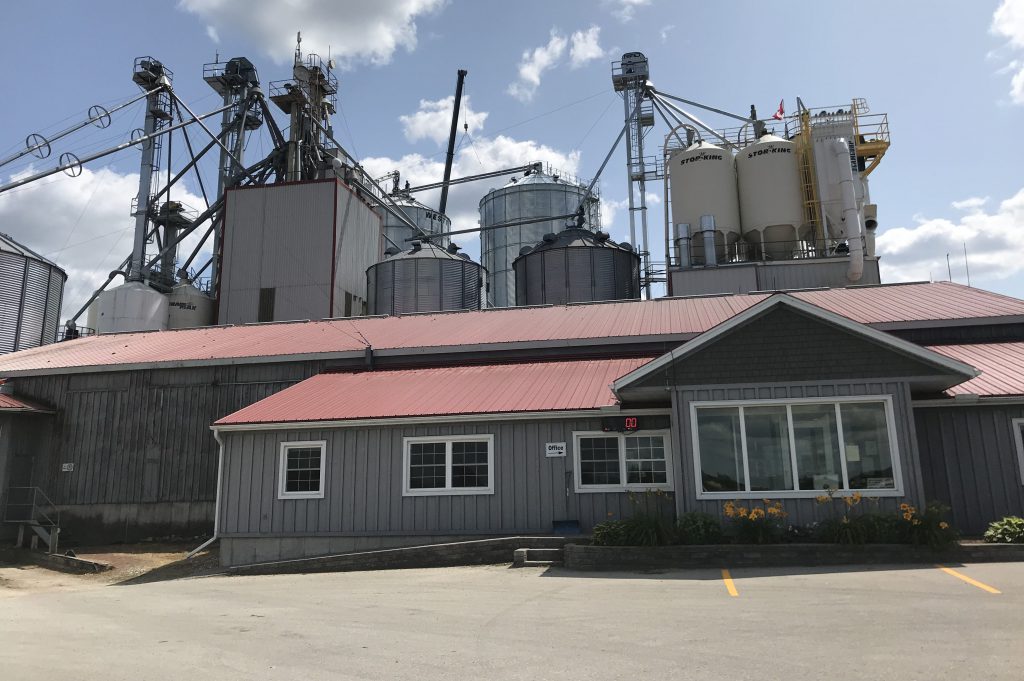 The plant can roast, flake and roll and has processed soft white winter wheat, oats, barley, rye and buckwheat. 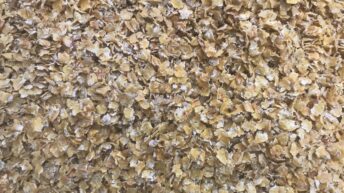 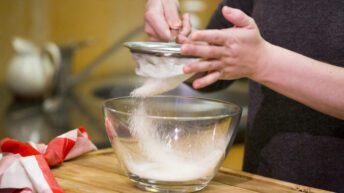