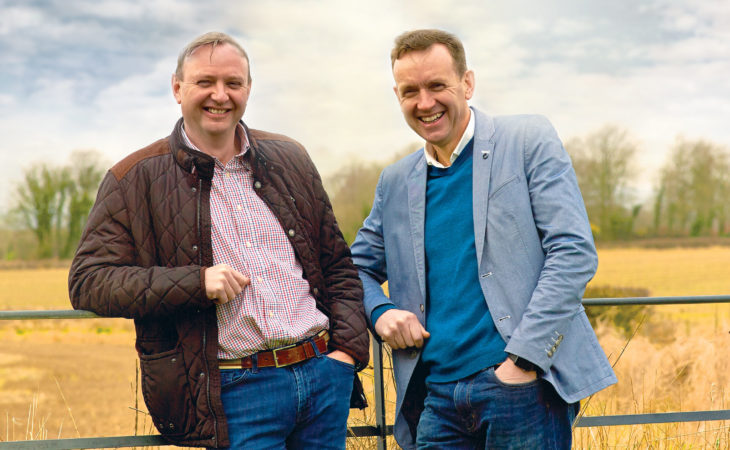 While mushroom growers were among the first casualties of the uncertainty surrounding Brexit, a Carlow company run by two brothers has expanded to achieve a share of over 50% of the Irish mushroom market.

The company commenced trading in 1989 and is owned by brothers Leslie and Raymond Codd who grew up on a mixed farm but went into mushroom growing in their teenage years.

“While mushroom growing back in the ’90s was considered a farm diversification project, it soon transpired that we needed to expand to a large-scale facility to remain viable,” said Leslie who is managing director.

A lot of smaller producers ceased production in the last 20 years and from a high of around 600-plus growers in Ireland, we are now down to less than 60.

The enterprise produces, markets and packs mushrooms for the retail and catering sectors in Ireland. It started out in a small rented production facility consisting of three small conventional tunnels for a period of 12 months.

The brothers then constructed their own facility in Tullow. This expanded to a second facility in Baltinglass in 1997.

“It was at this stage that it became obvious that, to secure your future in the industry, you must also control the marketing of your product,” said Leslie. In 1999, a packing facility was opened in Baltinglass.

Both are located on the same site on the Codd family farm. This site has evolved constantly over the last 10 years and now consists of 39 growing rooms and pack house and is generating a turnover of almost €20 million.

The brothers have plans to further expand to meet customer demands. “We will be constructing another seven growing rooms, a new dispatch fridge and vacuum cooler – complete with two new loading bays,” said Leslie.

“We also have plans for an integrated wetland reed-bed water filtration system – consisting of treatment ponds and an attenuation pond – to improve our management of storm water and help with ecology and sustainability.

“We will need to recruit an additional 30 staff once these expansions have been completed,” he said.

When Brexit became an issue, the brothers decided that, if they wanted to supply mushrooms to the UK market, they should be producing the product in the UK.

We have agreed to amalgamate with an existing Liverpool-based mushroom producer and to construct a new production facility close to his existing plant.

“Construction should commence on this project in early 2019. It is our intention to develop our UK production facility to be a similar scale to our Irish operation,” Leslie said.

Tullow Mushrooms Growers is a member of Northway Producer Group. “The group has highlighted the importance of vertical integration. With this in mind, the group set out to construct a state-of-the-art compost facility in Ballygawley, Tyrone.

This new compost yard is halfway through construction and will be producing compost next autumn,” said Leslie.

While the company has enjoyed success, the brothers are all too aware of the challenges facing the industry – including the difficulty recruiting and retaining employees.

It is critical for the future of the industry that the Department of Business, Enterprise and Innovation looks at including agricultural workers in the work permit scheme for the employment of non-EEA nationals.

“This is not only a problem in the mushroom industry, but a problem in all agricultural and horticultural enterprises in Ireland,” Leslie said.