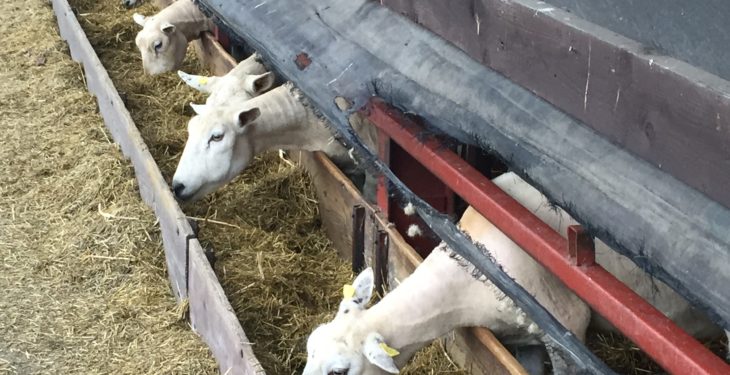 Energy is the first limiting factor in the late pregnancy diet of a ewe. However, protein also has an important role to play.

Ensuring that the ewe is adequately fed will have a positive impact on the viability of the lamb(s); but it also has a critical role to play in milk production post-partum. Underfed ewes are less likely to lamb down with adequate supplies of milk – a nightmare for anyone lambing a considerable number of ewes.

With this in mind, it’s important to make sure that you are feeding your ewes adequately in late pregnancy.

Although many March-lambing flocks are in the throes of lambing, farmers may still have an opportunity to correct a nutritional deficiency; especially for the later lambing ewes in the flock.

In the last four weeks prior to lambing, the ewe’s energy requirement will be 1.8-1.9 times maintenance. In addition, the amount of protein provided needs to increase to ensure adequate colostrum production.

The ewe’s energy requirements will be influenced by a number of factors, including: ewe live weight; scanned litter size; target litter weight; and predicted lambing date. These requirements can be determined by first calculating the ewe’s maintenance energy requirement (the energy the ewe requires just to maintain her own body weight).

For every 5kg increase in live weight above 70kg, the maintenance energy requirement of the ewe increases by 0.04UFL. This is then added to the energy required for pregnancy.

Silage testing also has a crucial role to play when it comes to meeting the ewe’s nutritional requirements. From the results obtained, farmers will be able to formulate diets on the basis of energy, protein and minerals (both trace and macro).

The protein requirements of ewes in late pregnancy can be influenced by factors such as the stage of pregnancy and litter size.

The requirement for metabolisable protein can increase by 35% in the final six weeks before lambing. However, the ewes will also require a source of rumen undegradable protein (by-pass protein) in the last two-to-three weeks of pregnancy.

This is important in order to sustain mammary gland development and the process of colostrum production.

Soya bean meal is an excellent source of this rumen undegradable protein; research carried out by Teagasc has shown that it can subsequently improve lamb performance over other protein sources.

Given this, it’s advisable to supplement with a concentrate containing 19% crude protein and to ensure that soyabean meal accounts for a high proportion of the protein present within the concentrate. 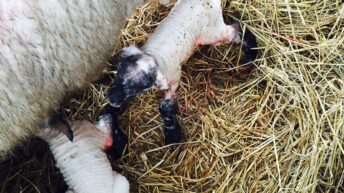 How much colostrum does a newborn lamb need? 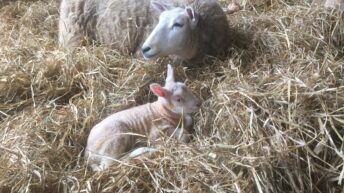