Pics and prices: Quality weanlings hit in excess of €3/kg at Ballymahon Mart 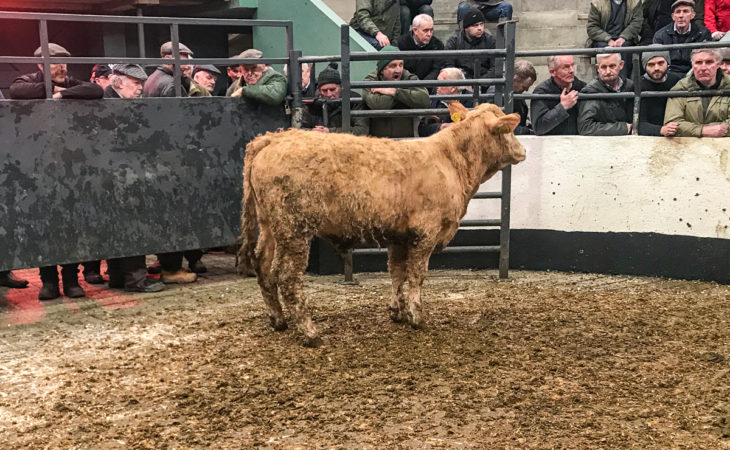 The manager John O’Hanlon was very happy with the trade and remained optimistic despite the inclement weather and the poor start to the year.

He said: “This sale was the first snapshot of the spring trade. Even though there is little grass about, buyers are starting to emerge.

“Numbers at the mart are increasing weekly and there is great competition between feedlot agents and farmers. However, I can’t see the trade really taking off until mid-April; if we get this harsh weather that they are talking about over Easter, it will push it back further,” John explained. 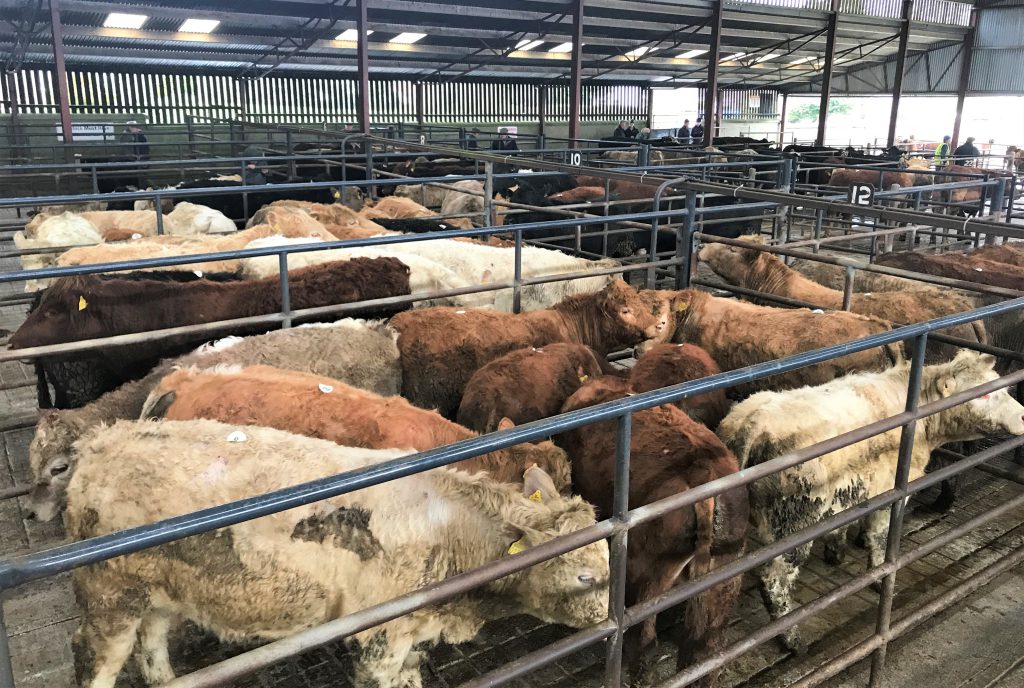 Some 225 animals went under the hammer at the Longford-based venue and a 94% clearance rate was achieved. Bullocks, heifers, weanlings and cows were all on offer on the day.

Farmers sourced the lighter store lots and weanlings, while feedlot agents were in the market for heifers and cull cows.

Some 93 bullocks passed through the ring on Thursday; a clearance rate of 92% was recorded.

A total of 53 heifers were on offer and a 100% clearance rate was achieved.

The dry cow trade was lively from start to finish. A number of in-calf and suckler cows also went under the hammer. Generally speaking, these lots traded for €2.03-3.70/kg.

Farmers drove the trade when it came to the weanlings. The quality of stock was high and this was reflected in the trade; a 100% clearance rate was achieved on the day.

Bulls sold to over €3:00/kg in some cases and heifers were not far behind. Generally speaking, weanling bulls traded for €2.02-3.05/kg.

Ballymahon Mart will host its annual special sale for all types of cattle on Thursday, April 5.