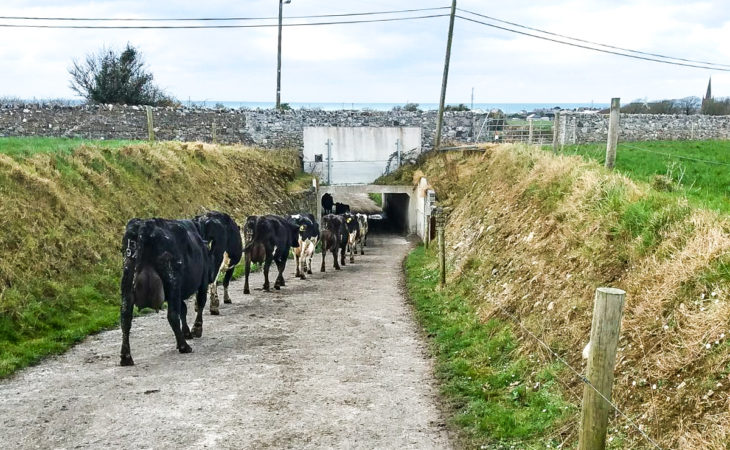 Farming in Easkey, Co. Sligo, the Dunphy family has overseen a major expansion of their dairy farm in recent years.

In 2008, the business operated by Joseph and Helen Dunphy and their three children – Joseph Jr., Michael and Elizabeth – was home to a herd of 56 cows. Just one decade later, the family are on the verge of milking 275 cows.

AgriLand recently visited the family’s farm along the western seaboard to find out how the operation has grown.

Joseph Jr. explained: “We milked 56 cows along with a small beef and sheep enterprise and we were at a crossroads. We didn’t know where we wanted to go. Michael and I were both very interested in dairy farming and as a family we decided to expand.

“We milked 120 cows in 2012 and we took on a 12ha parcel adjoining us on a 10-year lease. At this time, the beef and sheep enterprises were phased out.

Our big jump came in 2014 when a good neighbour leased us a 45ha block on a 20-year, long-term lease. In the spring of 2015, we started milking cows there after buying in heifers to complement our herd. 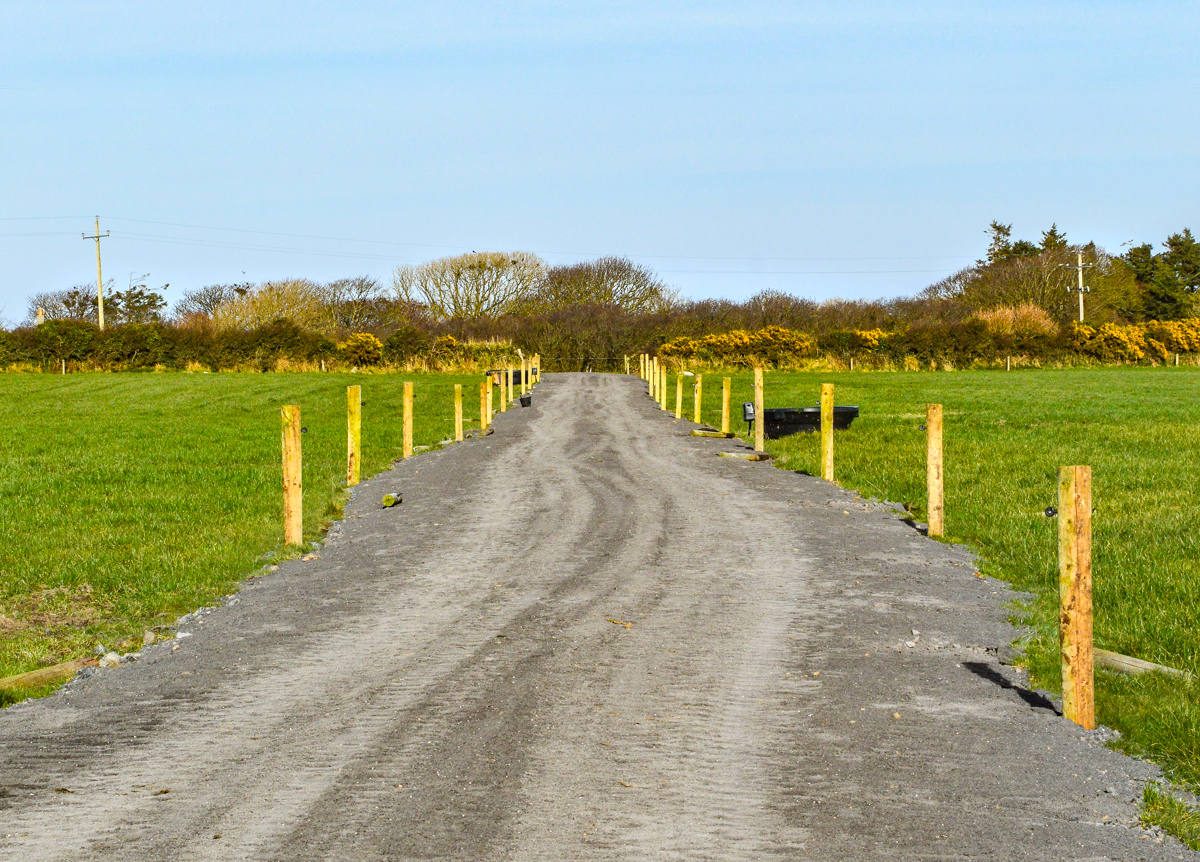 Expanding for the right reasons

Joseph Jr. and Michael are both graduates of UCD’s Dairy Business degree programme and are currently employed with Teagasc and IFAC respectively. Elizabeth – the youngest of the family – is studying medicine in NUI Galway.

When asked why the family decided to expand the business, Joseph Jr. said: “Our efficiencies weren’t that great at the start.

“However, when Dad joined the West Awake Discussion Group 10 years ago – facilitated by Paddy Gowing at the time and now by Matt Ryan – that changed. I just can’t emphasise how important it was in the grand scheme of things.

We got to see other farms on a monthly basis and all members of the discussion group drive each other on to improve efficiencies. You want to improve all of the time.

“We all got involved in grass measuring and breeding. We started to make better use of grass and to breed better animals. 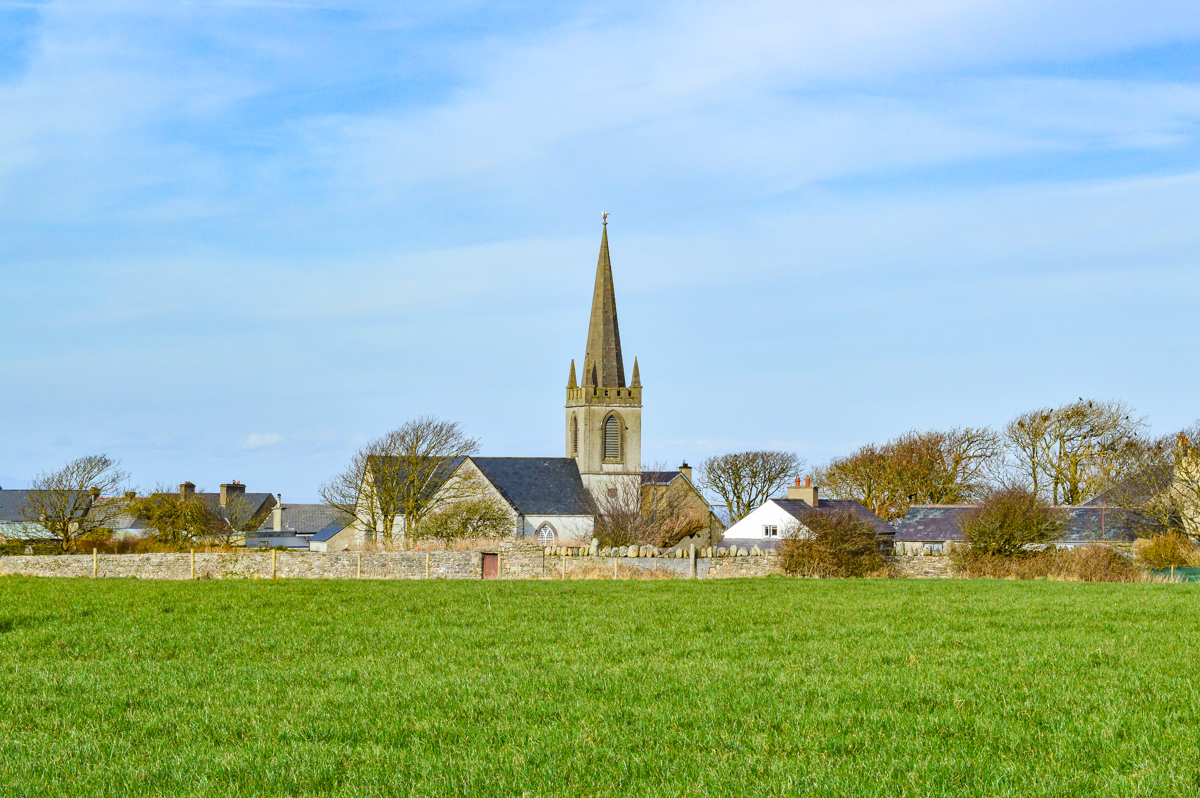 “We said that we wanted to make as much use of the block we had starting out. And, if we could, generate an extra income that if either Michael or I decided to come home after we finished college, the option was there.”

He added: “It’s very much a family farm and everyone does their bit. Mam and dad wouldn’t have attempted it in the first place if we weren’t committed to the business.”

Helen said: “We’ve been blessed. From a young age, the children have always been very interested in the farm. It was a good way for them to grow up; they had an appreciation of the land and they experienced how milk price fluctuation is a scenario that doesn’t happen in many other businesses. 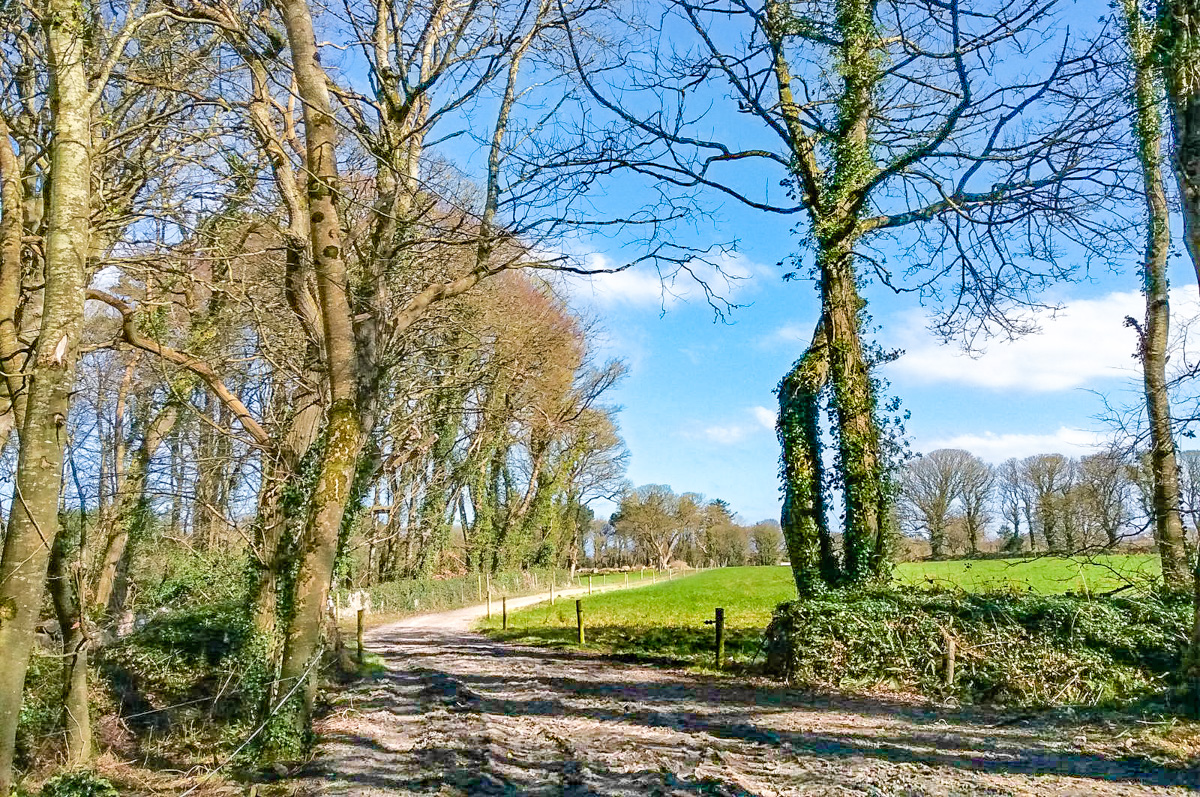 “Everyone was driving the business to reach a common goal on the farm. Joseph and I were here during the week and Joseph Jr. and Michael came home on the weekends to drive on the business during their time in college.

“Michael contemplated coming back home when he finished his degree. But he was only 22 and Joseph and I said: ‘Spread your wings and get some outside experience, it will stand to you.’

“Joseph Jr. is based locally with Teagasc, so he is on the ground most mornings and evenings. I’m glad that both Joseph Jr. and Michael took the opportunity to get away from the farm for a couple of years,” she said.

Currently, the family are operating a 95ha milking platform and Joseph Jr. credits the construction of an underpass in 2013 – joining the original block and the rented ground – as “one of the best things we’ve done”.

“We had 50ha on one side of the road and roughly 45ha at the other side. If I was to look back on it, the construction of the underpass was probably one of the most important things we have ever done. It simplified the system and it has made things so much easier.” 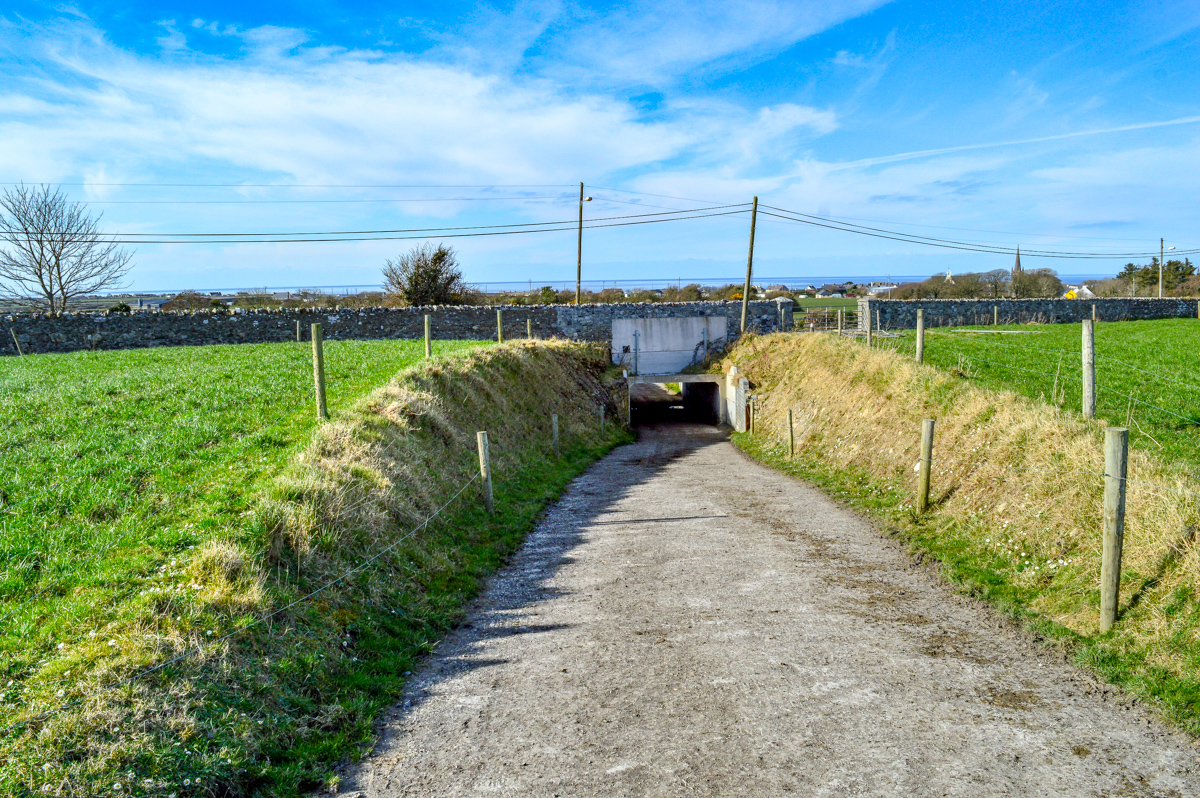 Touching on grassland management, Joseph said: “We are striving to get as much grass in the cows’ diets as we can, while keeping our costs at a reasonable level.

“When we get a batch of 30 or 40 calved, we’d have cows grazing from February 10. I think there were only two days last spring that we didn’t get grass in the diet and that was solely down to the weather.

“I’d be a big advocate of matching stocking rate to grass growth, rather than driving the stocking rate by putting in extra meal.” 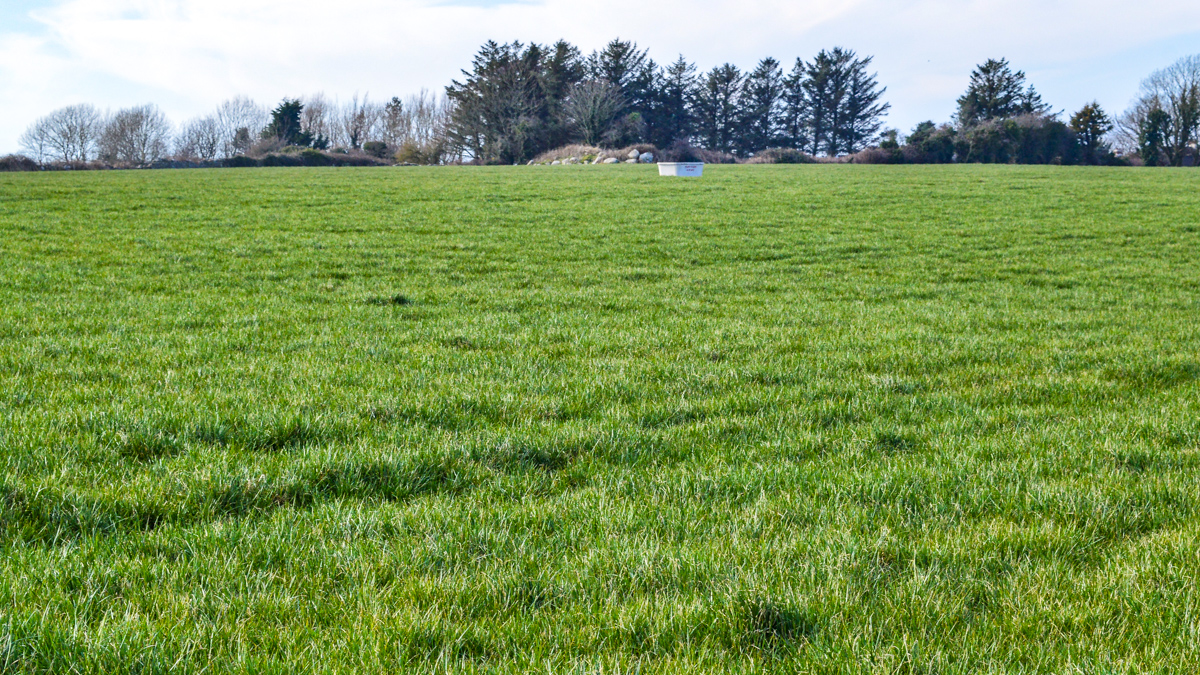 “If you have to spend €20/m to have a good 5m roadway, spend it on day one and get it done right.

“Don’t be at this nonsense of having bits of tracks here and there because it’s going to nail you in the long run. If you’re walking cows long distances, poor roadways are going to put them under unnecessary pressure.” 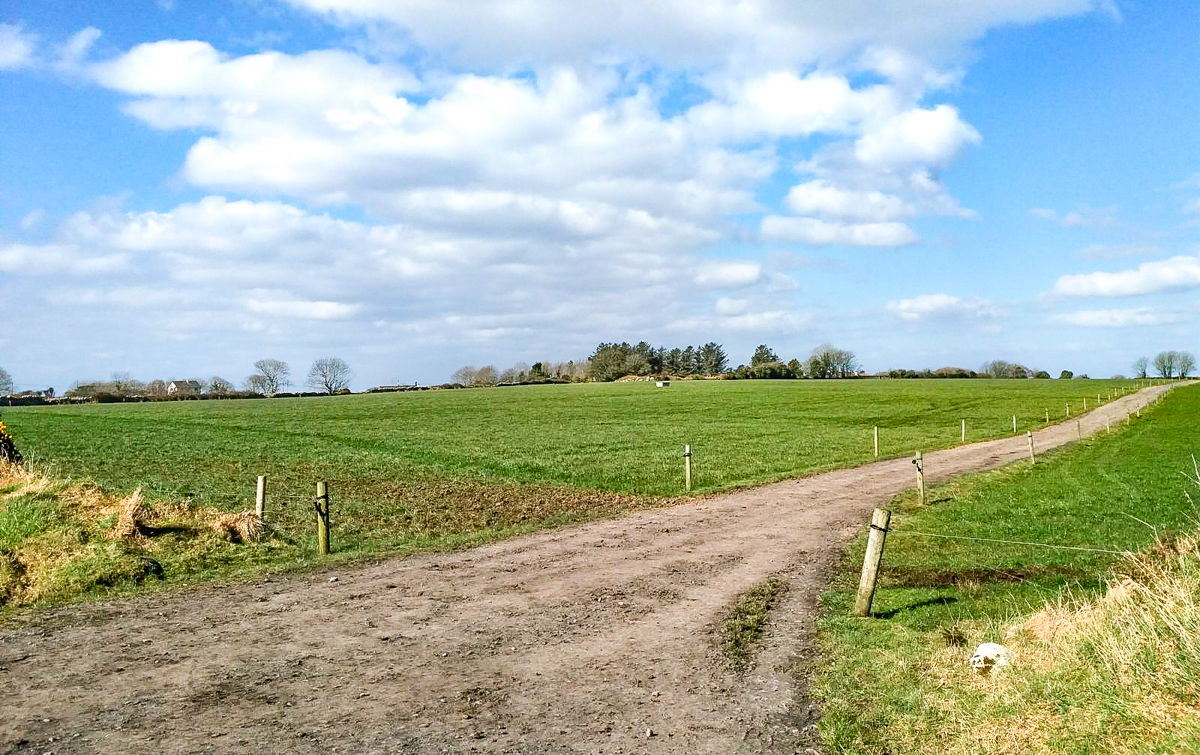 “Kieran takes our heifers away as weanlings in March and gives them back to us at the end of the year. This has allowed us to milk the extra cows and it just takes the burden away of having to rear those heifers.

“We had great results with the contract rearing in our first year; so hopefully it is something that will work for both parties in the long term.”

The Dunphys are milking a herd of high-EBI cows (€123). Although 60-70% of the herd are now crossbreds, there’s still a proportion of ‘black and white’ cows present.

I’ve no problem having Friesians in the herd if they’re able to last. We’re looking for an easy-care cow – weighing between 530kg and 550kg – that will produce 450-500kg of milk solids.

Typically, the Dunphys would target a meal input of 500-550kg/cow; but this target was exceeded last year on account of difficult grazing conditions throughout August and September.

“We received an average milk price of 42.5c/L last year, which would be right up there in terms of Aurivo suppliers. We had a very good year. Milk price was great and we got a lot of grass in the cows’ diets.”

When it comes to bulls to breed the next generation of cows, Joseph Jr. explained: “I am going to pick the best of what’s on offer in the Jersey, crossbred and Friesian categories. 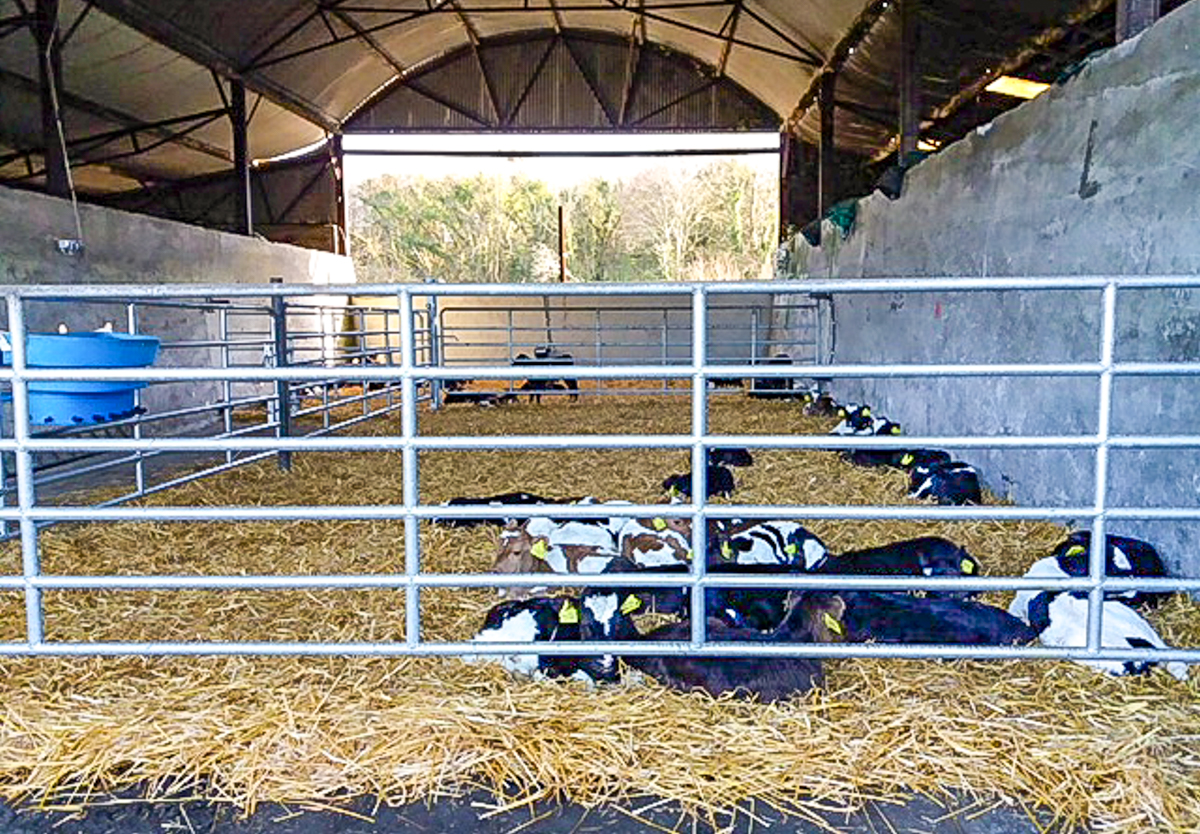 “I think some of the high-EBI Friesian bulls still have a tendency to still be quite large, so you need some Jersey and crossbred genetics to bring cow size down.

“However, at the end of the day, EBI (Economic Breeding Index) is working big time and I’d be a big supporter of the work that has been done. But, I’d also like to use New Zealand genetics because I like some of their bulls.”

Last year, the Dunphys bred for a total of 13 weeks. Joseph Sr. explained: “We artificially inseminated with dairy semen for seven weeks, Hereford and Angus straws for two weeks and a team of bulls were introduced for the last four weeks.

“We had close to a 90% submission rate in the first three weeks and the herd is fairly fertile. This helps as we try to calve compactly. Last year, 82% of the herd calved in the first six weeks. The target is 90%, but we’ve expanded and have tended to milk on late-calving cows.

Calving began on February 1 this spring and 88% of the herd has calved thus far.

The Dunphy family work very closely together. And, although they’ll milk 275 cows this year, it’s still very much a family farm.

Joseph Jr. explained: “If we weren’t as well set-up as we are, one of us would be at home. With the way the farm is running, we’re able to get away for a few years and gain experience elsewhere.

“We’ve always had good help and we’ve been lucky to have had such a good relationship with people. If someone comes in to work, they’ll get paid; there’s no messing around with people.” 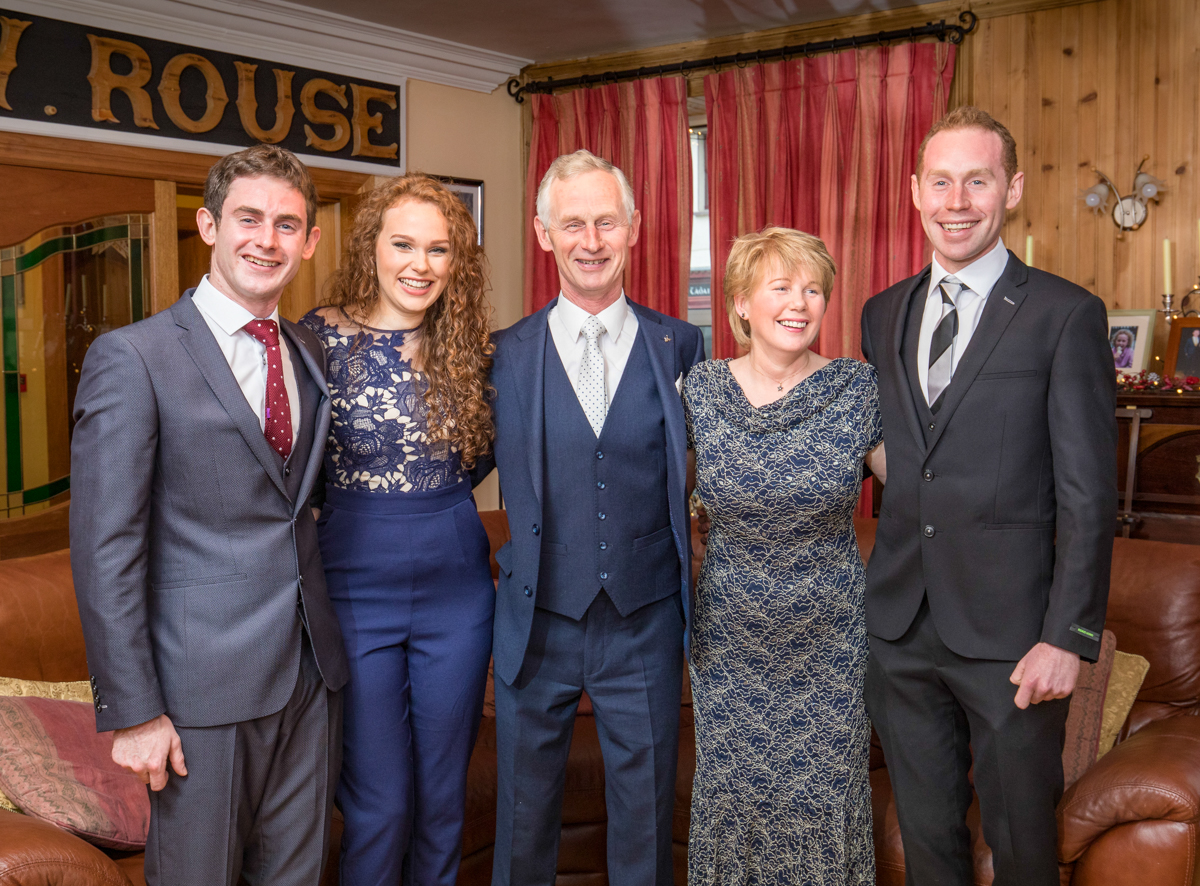 Along with input from Joseph, Helen, Joseph Jr. and Michael, the business has three employees – one full-time labour unit, a morning milker and an evening milker – and some weekend help.

Once you start climbing up in numbers you become reliant on staff and it’s important that they are treated well.

Helen stressed that all staff are dedicated to the business.

“Our two milkers are like full-time staff. They’re just so reliable. We really are blessed, as sourcing labour is a huge problem for a lot of dairy farmers.”

Joseph added: “We all have our own responsibilities within the business for different jobs such as grassland management or breeding management; but arguably the most important job would be the financial side, which is managed by Helen.

“She is responsible for wages, accounts and banking, which knits the whole thing together nicely. She also runs two self-catering houses locally on the Wild Atlantic Way, which are always busy thankfully.”

The final piece of the jigsaw

The Dunphys have adequate cubicle space for all of the cows in their herd and there’s also space for 130 calves in sheds located on the rented ground. However, they will invest in milking and slurry storage facilities this year. 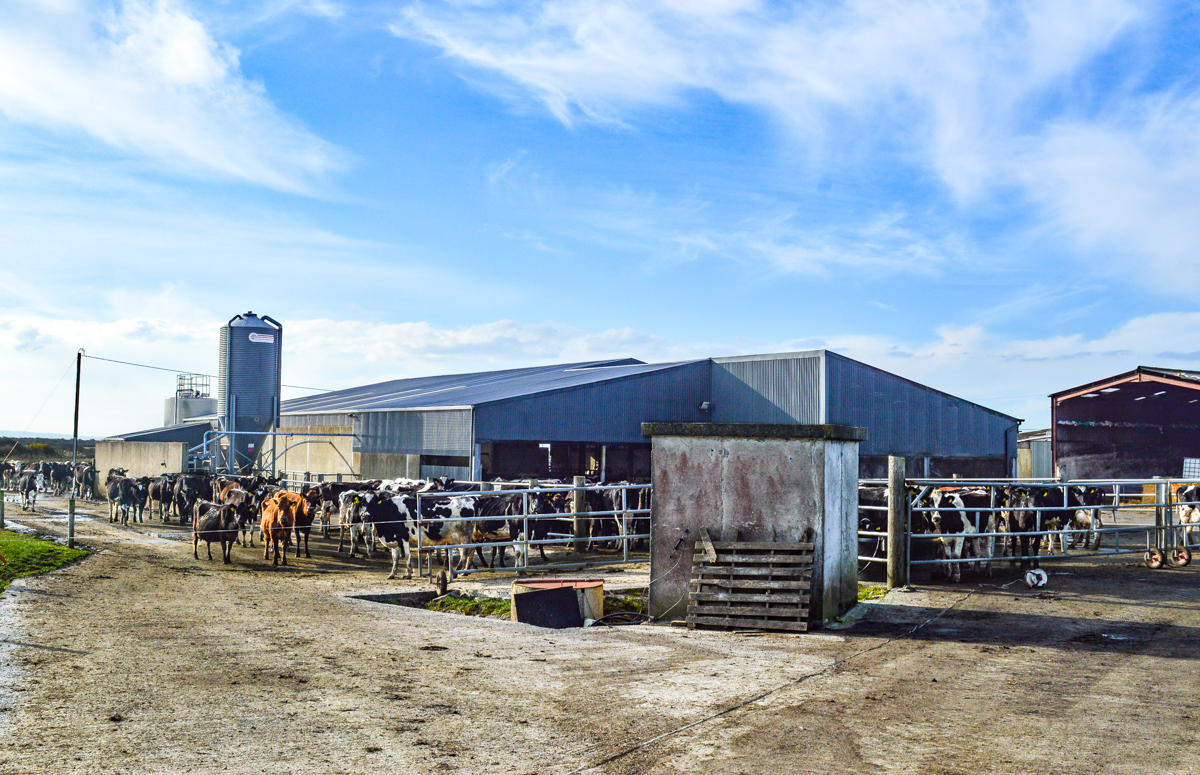 “We are putting 17 rows of cows through the parlour and it’s too much. Planning permission has been granted for slurry storage and a 50-bail rotary.

“We are aiming to start the tank in April and the sheds towards the middle of the summer. We plan to fit the parlour in September, so that we are comfortably ready for next spring. 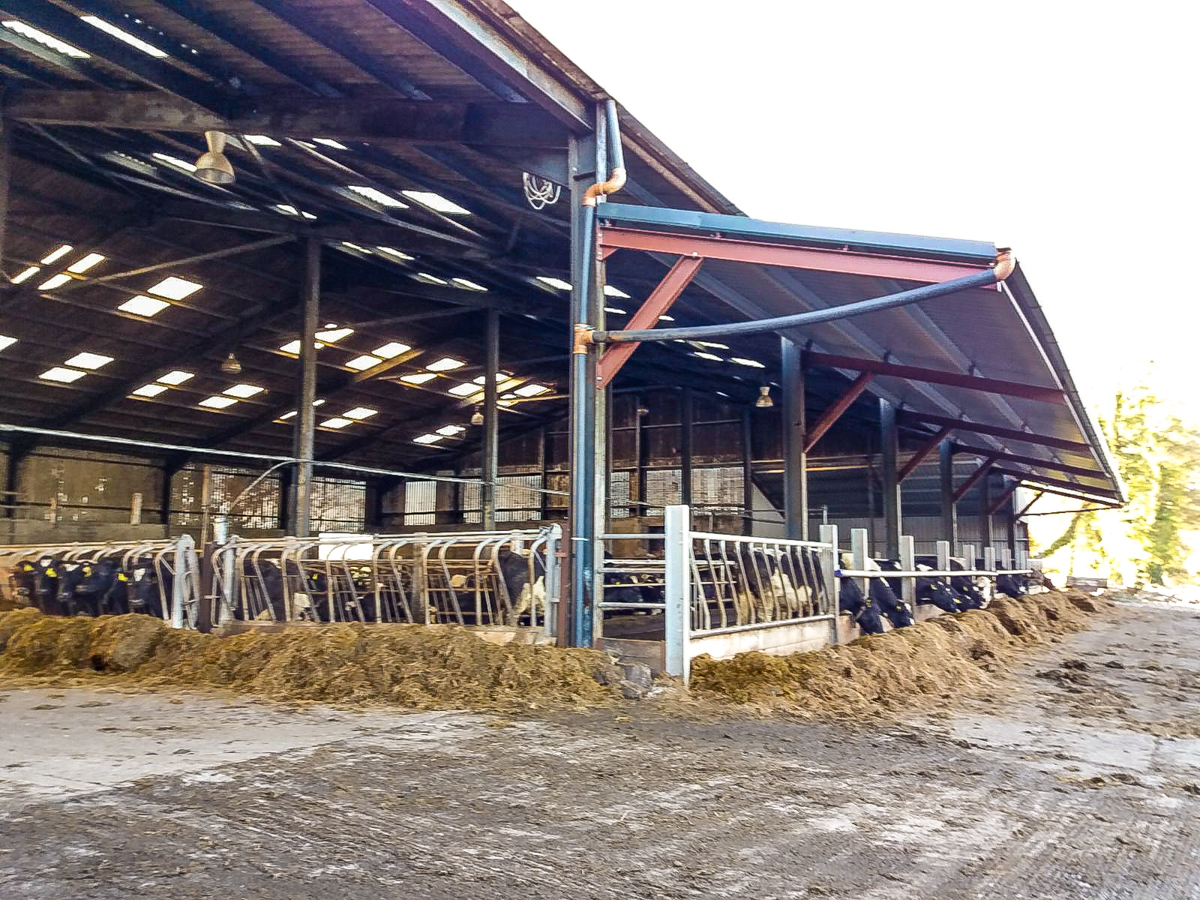 “At this stage, the cows are standing for a bit too long and we want to get milking time reduced. The rotary will really be the final piece of the jigsaw.

“We have the cubicles and we’re reasonably efficient at what we are doing at the minute. Getting the milking parlour sorted will make a huge difference to our operation, leaving it easier both on staff and cows,” Joseph Jr. concluded. 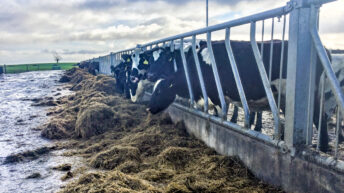