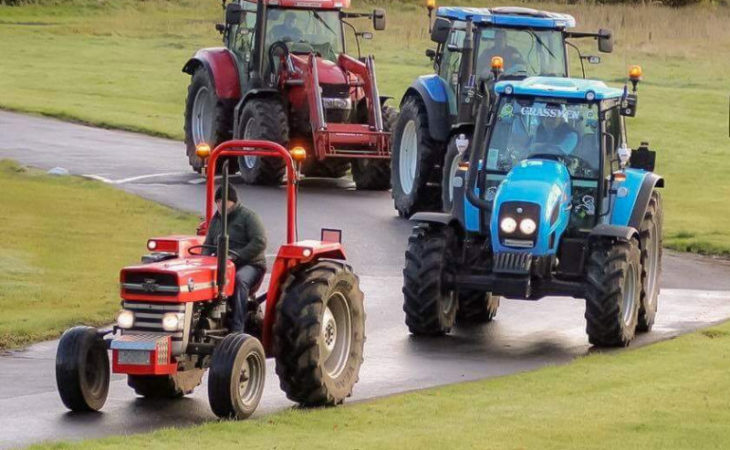 The driving forces behind the first Dublin2Mayo charity tractor run are hopeful that it will raise over €50,000 for Our Lady’s Hospital for Sick Children, Crumlin, and the special care baby unit at Mayo University Hospital.

The charity run will take off from Dublin’s Phoenix Park this Friday, March 30, reaching its final destination, Breaffy House Hotel, Castlebar, the following day with a convoy of over 150 tractors anticipated.

The route on the first day will take in: Leixlip; Maynooth; Kilcock; Enfield; Kinnegad; Mullingar; Ballinalack; Rathowen; Edgwardstown; and Longford.

John Corley said they had got an enthusiastic response to the idea after it was first mooted last October.

We wanted to give back to the hospitals for the great work they do, which some of us had witnessed firsthand with our own children.

The run will depart The Phoenix Park with the restricted number of 20 tractors. Deputy Michael Fitzmaurice, who has entered a tractor in the run, will cut the ribbon.

More tractors will join the run once it is out of the capital. The halfway point and stop-over will be Feericks of Rathowen that night. Music will be by The Kilgallon Brothers.

From there, the convoy will travel towards Breaffy House Hotel. It will host a night of entertainment with Marty Mone, Pamela Gilmartin and DJ Tommy Elliot.

A supersized raffle will be held with a Massey Ferguson 35X up for grabs along with numerous other covetable prizes. Tickets cost €10 or three for €20.

Communicare Healthcare, Claremorris, is the main event sponsor and has donated €10,000 to the fund, the organisers said.

Also getting behind the fundraiser are: The Hardy Bucks; Deputy Michael Healy-Rae; Fr. John ‘Trendy’ Kenny and The Grassmen.

All donations to the run, which it is hoped will become an annual event, are welcome. John Corley said the feedback had been tremendous, leaving the committee well on its way towards achieving its target.

For further information, contact John Corley on: 087-6709044 or any of the committee members. A Facebook page ‘Dublin2Mayo Charity Tractor Run’ has also been set up.