Carbon tax and agricultural Brexit package in pipeline for Budget 2020

The Irish Government’s Budget 2020, set to be announced tomorrow, Tuesday, October 7, is set to include carbon tax increases and an agricultural package to help mitigate damaging impacts in the event of a hard Brexit, AgriLand understands.

Carbon tax increases of approximately €6 to €7/t look set to be brought in, which would see price increases of 2c/L for petrol and diesel, as well as an additional €15 on a tank of kerosene.

Initially planned for introduction in last year’s budget announcement, only to be changed at the last minute, the introduction of such tax measures is part of a long-term increase in tax between now and 2030.

Advertisement
In addition, a Government source informed AgriLand, following a challenging year for Irish agriculture and the ongoing elephant in the room that is Brexit, a “significant package” is expected to be set aside and available for vulnerable agricultural sectors in the event of a hard Brexit.

The agricultural package will target vulnerable sectors set to be hit hardest in the event of a no-deal departure, including dairy, horticulture and – in particular – beef.

Minister for Finance and Public Expenditure Paschal Donohoe is scheduled to announce the details of Budget 2020 in the Dáil from 1:00pm tomorrow, with the looming prospect of Brexit the overarching theme on this year’s announcement. 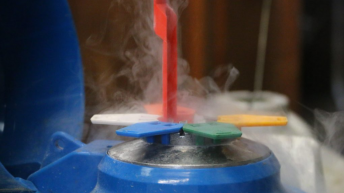