A Simmental cross cow has ‘broke the scales’ and – against the odds – given birth to a 208lb (94kg) live calf in Alberta, Canada.

Westlock Veterinary Center drew significant attention when it shared the story of the birth of this monster heifer calf in a Facebook post on Tuesday, March 26. 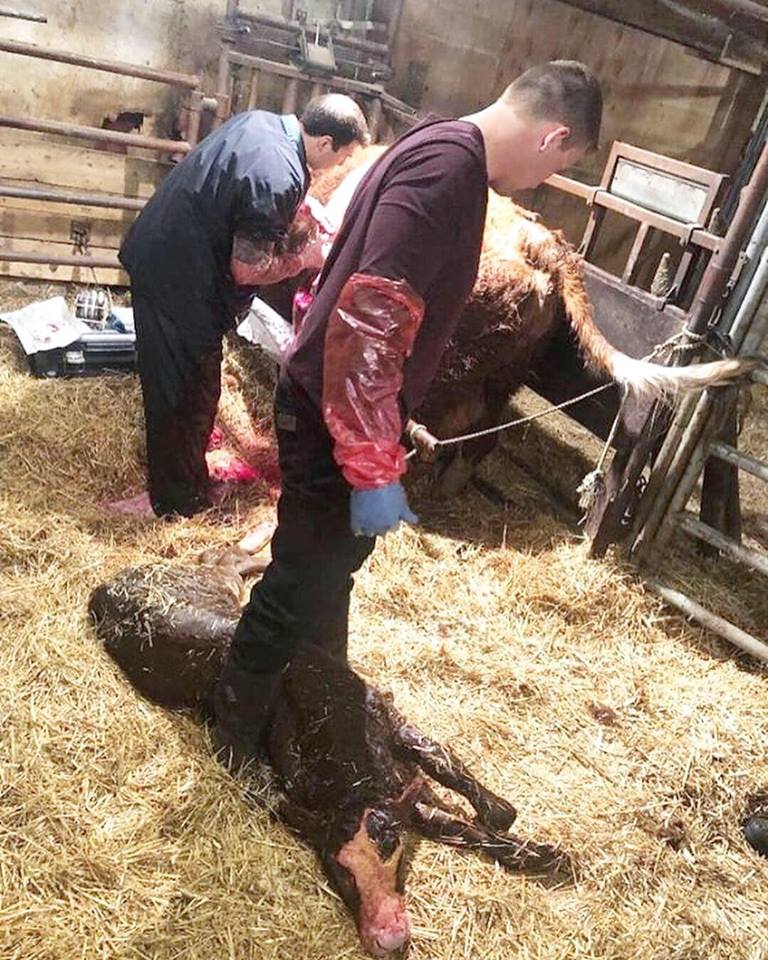 The post explained that a vet who works with the practice – Dr. Collin Lawrence – successfully delivered, via cesarean section, what was said to be the largest calf on the veterinary practice’s record.

The post read: “She literally broke the scale, weighing in at 208 pounds.”

The post said that both the calf and the cow are doing well after their ordeal. 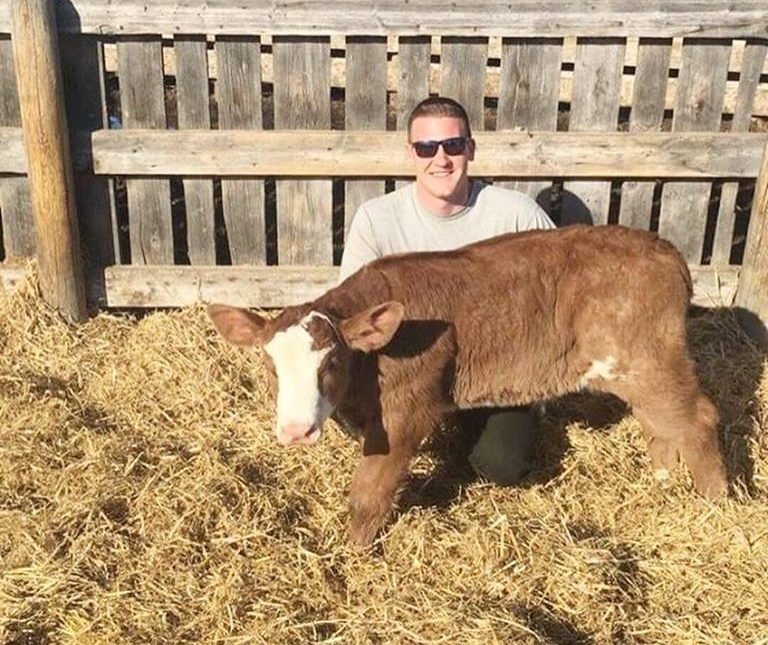 It is unknown if the cow was overdue at the time of calving; however, given the abnormal size of the calf, one could assume the cow was at least a few days overdue.

Westlock Veterinary Center also explained that neither the cow nor the bull have had any calving issues or exceptionally large calves in the past.

On the other side of the scales, a tiny calf, weighing just 4.5kg, was born in the US in November of last year, appropriately named ‘Lil’ Bill’ by the veterinary university he was brought to.

Weighing about a tenth of a typical newborn, the diminutive new-born was brought to the Mississippi State University College of Veterinary Medicine which posted photos of ‘Bill’ on social media.

Posting on Facebook, the veterinary college said: “Occasionally, we get a case that has us scratching our heads a bit. Lil’ Bill is one of those cases. 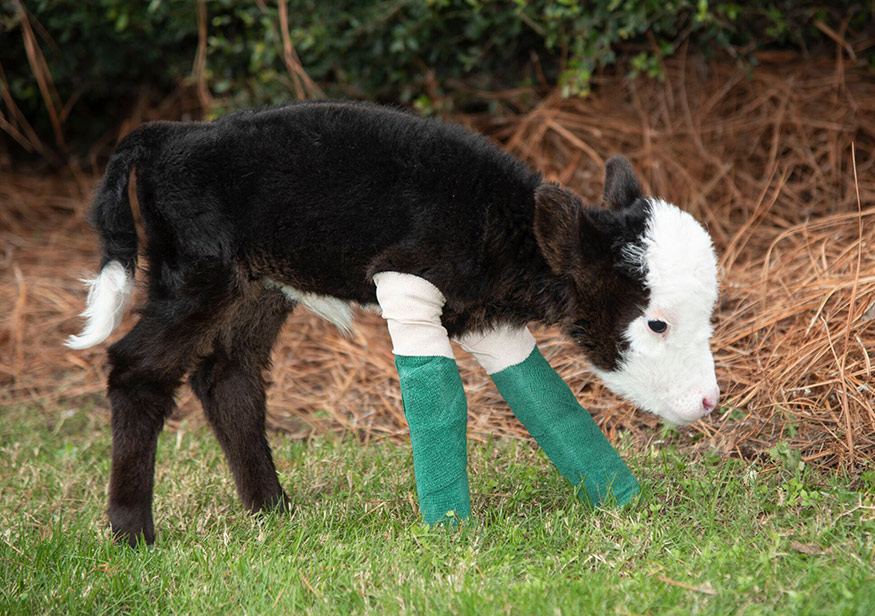 “He was born weighing a little over one tenth of what newborn calves typically weigh.”

Tiny live calf born in the US weighing just 4.5kg