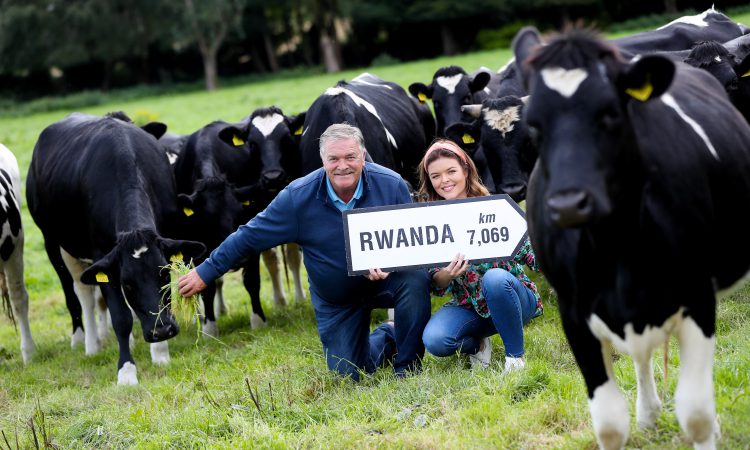 Broadcaster Doireann Garrihy is making the journey of a lifetime with her father Eugene as the duo visit Rwanda on Monday to see the difference Irish farmers’ donations make there, a quarter of a century after the world’s fastest ever killing spree devastated the tiny central African nation.

The father-daughter combination will join representatives of Bóthar on the 7,000 mile trip to see how the Irish aid agency’s airlift of in-calf Irish heifers a month ago are settling in after being handed over to women widowed by the horrific genocide.

The 1994 genocide saw up to 1 million people slaughtered in just 90 days.

The duo will meet families who have recently received their cows, including a number of bovines that the Garrihys saw first-hand at Shelton Abbey prison, Co. Wicklow. The in-calf heifers were reared there by inmates as part of a restorative justice programme with Bóthar.

30 cows donated by Irish farmers were dispatched by Bóthar to mark the 25th anniversary of the genocide in Rwanda, where the agency has had projects running now for 21 years. The spotlight will be on the difference they are making to families.

The 2FM broadcaster said she expected the trip to be a rollercoaster of emotions.

“I was only an infant at the time the genocide happened so I know only of it as a horrific moment in recent history but I never realised just how bad it was.

“To think that somewhere in the region of 1 million people were slaughtered in a country the size of Munster in just 90 days. It’s impossible to get your head around it. It’s going to be a once-in-a-lifetime trip but there will be mixed emotions, I’m sure,” said the broadcaster.

“Dad and I will be getting the story of the Rwandan genocide from survivors and that will be harrowing. But I’m also really looking forward to seeing what we as a nation have done to help widows of the genocide, in particular, get beyond it.

I love the Bóthar piece. It couldn’t be more Irish – let’s send them a cow. From what I’ve been hearing from Bóthar, the Irish herd over there could be in the thousands now as they go back every year and put the cows back in calf again.

“The project is putting hope back into these people’s lives; perhaps helping them somehow move beyond what happened 25 years ago. That’s the positive side and something we’re really looking forward to seeing.

“We got to see some of the heifers recently at Shelton Abbey and it’s going to be incredible to see them out there and meet the families they have been given to,” the broadcaster said.

Eugene said: “Doireann could have no memory of Rwanda as she was only a year-old at the time but I do. I remember the images on TV and it was the worst thing I ever saw. It was just at a different level.

“I remember the images of the skeletons in the church, the bodies washing down the river and the refugee crisis that came out of it.”

The Doolin, Co. Clare native said it’s hard to believe that the genocide was just a quarter of a century ago.

“It’s like it’s from a different world but it’s still very recent. That’s the same year that Riverdance exploded onto our TVs. It was something that at the time was so far away but that was no excuse. It should never have been allowed to happen.

Eugene said that the trip aimed to highlight the difference made by Bóthar’s work. “Hopefully having gone out there, we will be able to raise awareness of the recovery programmes that are still running there and that more Irish people might be able to support them.”

Doireann will be posting social media updates live from the Rwanda trip. On her return a special weekly online video series will be released to recount the experience and show the difference being made by special Irish intervention through aid agency Bóthar’s work. 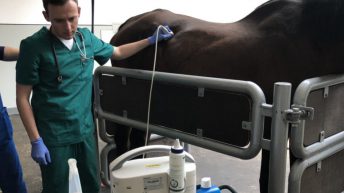