What is the answer to the impending calf tsunami due in spring 2020?

As the tsunami of dairy calves grows nearer, and with Teagasc placing no value on the dairy bull calf, is it any wonder that dairy farmers are desperately searching for a solution to the impending calf crisis?

As an opportunity to discuss the management of dairy calves for this coming spring, the Irish Farmers’ Association (IFA) held a panel discussion this week, Tuesday, October 22, in the Hotel Kilmore, Co. Cavan.

Maintaining a high level of calf welfare on farms this coming spring was a huge focus of the discussion – with all industry representative agreeing that calf welfare must be a ‘top priority’.

Speaking at the event, Teagasc’s Dr. Pat Dillon – the head of the Animal and Grassland Research and Innovation Programme – said:

We will lose on the welfare. Welfare is priority, welfare is number one – because as an industry we will never justify poor welfare of our dairy calves.

Also involved in the discussion, Tom Phelan, chairman of the IFA National Dairy Committee, said: “From talking to people that are active in the Department of Agriculture and other various state agencies, their main concern is the whole image of the industry. 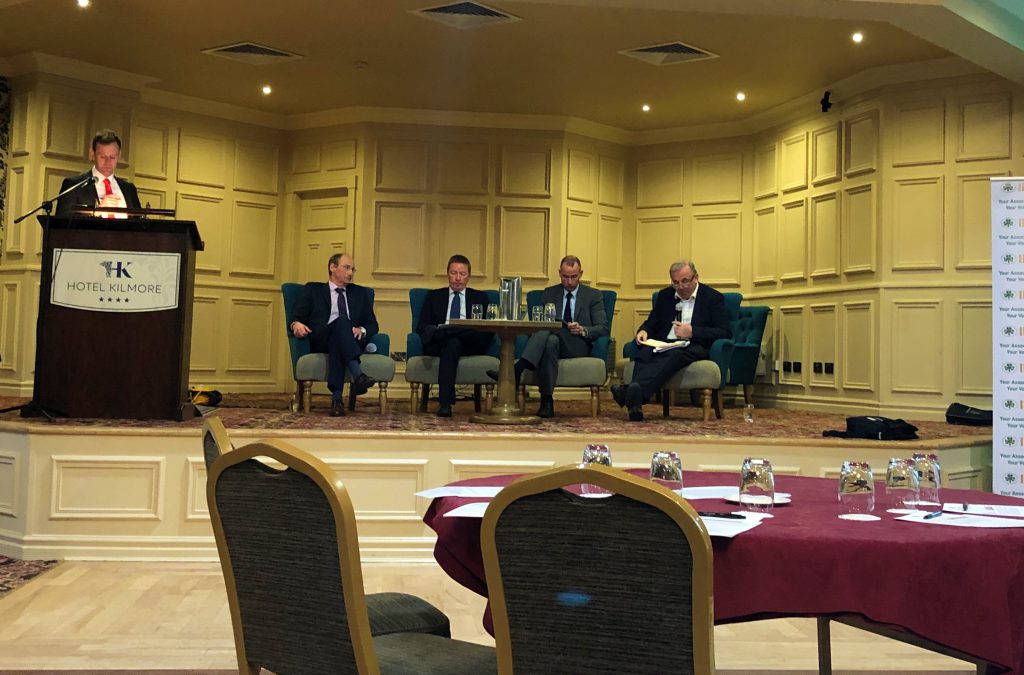 Meanwhile, Pat admitted that Teagasc had not planned for the influx of dairy calves from the expansion of the national dairy herd.

Also Read: ‘Believe it or not we never considered the outcome of the dairy calves’ – Teagasc

He commented further saying that we need “to reduce our dependence on calf slaughter and on calf exports” – because of the welfare risks associated.

During the discussion, all the representatives agreed that having adequate calf housing facilities available, to deal with the influx of calves, was needed – so that farmers are able to keep calves on farms for longer if needs be.

Although, according to Pat, the “majority of calf housing on farms is not adequate to deal with compact calving” and he advised farmers to go out an assess their calf facilities.

Also speaking during the discussion, Ray Doyle, from ICOS, said: “The only way to even out the supply and demand is to have the facilities on farm to be able to hold onto the calves and mind them.

“Last March, if you were Warren Buffet or someone involved in stocks and shares, I think the biggest return on investment you could have ever made was to buy a couple of thousand dairy calves and sell them again at the end of April – because in the mart those good calves doubled in price.”

Ray also highlighted that it is looking at potentially having calf sales on non-calf sale days – to facilitate farmers bringing dairy calves to the marts.

Meanwhile, Sean Coughlan, the CEO of ICBF, said that the ICBF was in the process of developing a calf index – to give confidence to the buyer of a dairy-beef calf.

Explaining this, he said: “It is effectively an index that will indicate the finishing characteristics for that calf to grow, and what its carcass traits are going to be – carcass weight, carcass fat, carcass conformation, etc – down the line.

Subsiding beef farmers to rear the calves was brought up at the meeting, but none of the representatives saw this as an option.

The only real solution that all the industry representatives agreed upon was through “better integration of beef and dairy”.

Pat also admitted that there is some “confusion” there from Teagasc at the minute, while stating he “thinks there is a profit to be made from dairy beef”.

“There isn’t enough focus on the cost of producing beef on farms – such as good grazing management and all the aspects that go with it.”