With additional reporting by Emma Gilsenan.

Marts may hold calf sale days on non-sale days next spring in a bid to tackle the looming deluge of dairy-origin calves into the beef system.

The move was highlighted this week by Ray Doyle livestock and environmental services executive at the Irish Co-operative Organisation Society (ICOS) during a discussion on managing dairy calves at an event hosted by the Irish Farmers’ Association (IFA).

Addressing attendees, Doyle highlighted the urgency of the issue and how the onus is on dairy farmers to deliver good-quality, marketable calves into the rings early next year – particular if the current beef price low continues.

“When calves come through the mart they primarily want beef traits. Whatever chance we have, it is to try to find out what is the genetic potential of that animal or, knowing from current data that we have, that the animal is worthy of purchase and will hopefully make a profit.

He stated that last year the number of calves that came through ICOS marts increased by almost 30% – despite the price of calves being extremely depressed.

Last year calves were presented to marts too young, not in a great state and on top of that some were challenged with having poor genetics – that particular animal is very difficult to find a home for.

“Marts do find homes for animals that are the opposite to that – a well-bred, cross-bred calf out of a herd will have no problem finding purchasers in the mart.

“It’s the poorer bred animal with deficiencies from the beef point of view,” he said.

Doyle said there has to be “a change in the mindset” of dairy farmers as they are also contributing to the beef  side of industry.

He pointed out that while 35 years ago 33% of Friesian bullocks were R-grade ringside, today that figure has plunged to an estimated 8-9%.

“We’re all aware of the challenges that constantly seem to be in front of the suckler herd; but the biggest one is the challenge of profitability, rather than anything else.

“But with that, we are seeing dairy expansion year on year, with more and more calves from the dairy herd coming into the mart system,” he said. 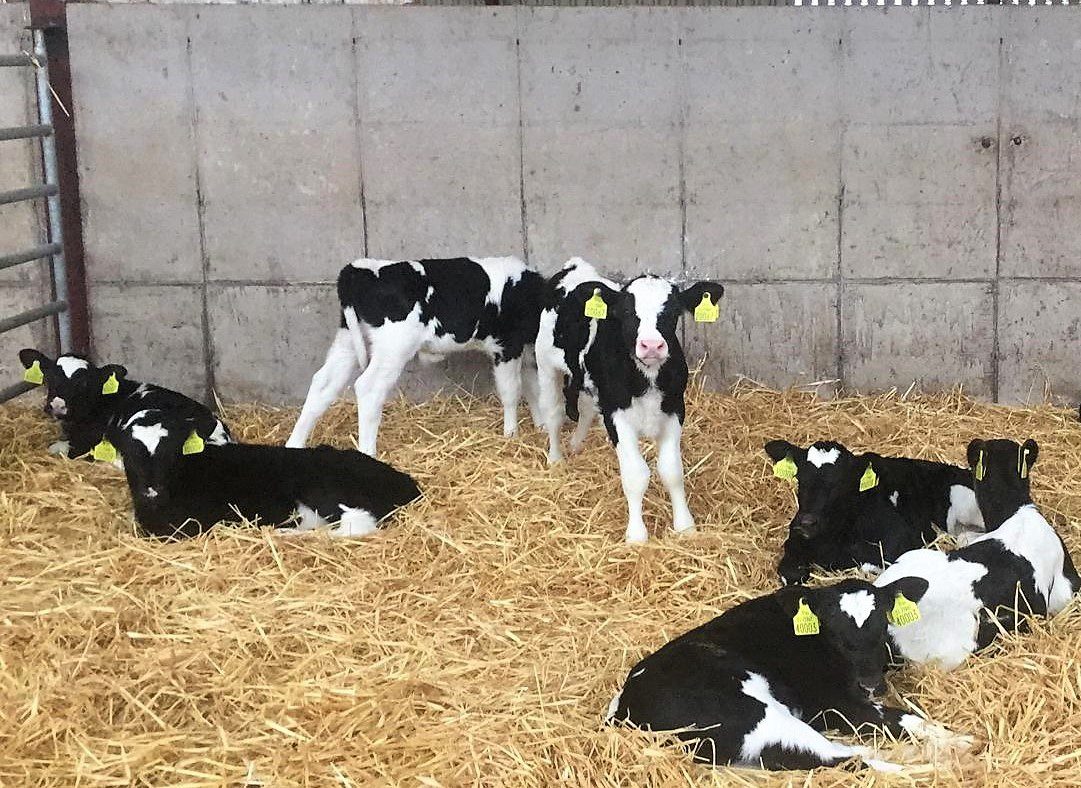 He stressed that marts can “only market” what is marketable, adding that if farmers were supplied with  additional knowledge on the genetic make-up of the calf it would also bring more confidence to the trade.

“Farmers that are buying dairy-bred animals like to buy a three-to-four week old calf, well-fed, good and healthy and ideally a cross bred of an Aberdeen Angus or Charolais, etc.

“But, when you come down to animals that are Friesian bull calves, there are large variations to the genetic potential of that animal.

“Some say that if we add all these extra pieces on genotyping onto the mart board all of a sudden the board will look very cluttered, but information is power from any point of view – especially to the person buying animals.

“If they can have some confidence that the animal they are buying will give them a reliable growth factor and reliable profitability at the end of the two years, or two months, that will be the future of handling these dairy-bred animals,” he said.

At the moment, marts on the ground are in the middle of a trial with the Irish Cattle Breeding Federation (ICBF), Teagasc and the Department of Agriculture, Food and the Marine to come up with some solutions.

“We are looking at potentially having calf sales on non-calf sale days. So the mart might open on a non-sale day to facilitate farmers bringing dairy calves and hopefully we’ll have buyers there for them.

We trialed it last year, we’ll have an expanded version of it at the end of this year coming, but the animals coming in have to be healthy.

“From the point of view of the marts they have to be two-to-three weeks of age coming in – there is no point in a 10-day old calf coming in that has been poorly maintained,” said Doyle.

As the national herd no longer has that dominance of R-grade Friesian bulls in the system, Doyle believes a dairy calf-to-beef system must be part of the long-term solution as more pressure is mounting live exports.

“We saw what happened in Cherbourg last year and that is a serious challenge to live exports with Europe’s welfare stance increasing.

“We are relying on two private companies running the ferries – and if there is any negativity towards animal welfare that is serious to their tourist business and they could swiftly have a meeting and it would be over overnight.

“The future will be that we can raise these calves and have a vibrant beef industry in Ireland,” he said.

ICBF and Teagasc to pilot new calf index for spring 2020