Brexit: Why UK agriculture could be better off outside the EU 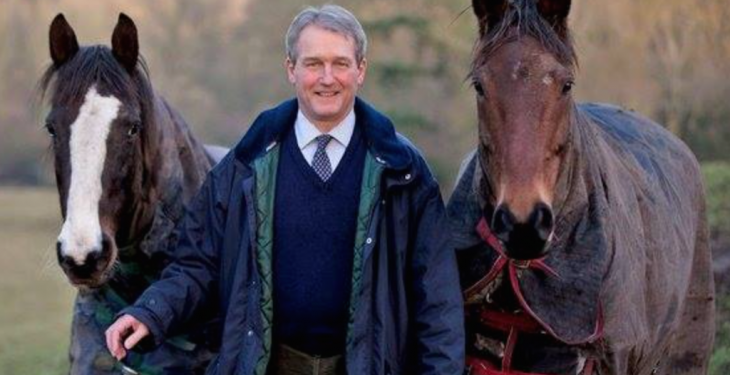 With a referendum on whether to leave the EU or not looming, the issue of Brexit was discussed at length at the Oxford Farming Conference.

UK agriculture would be offer off outside the EU, the Conference was told by Owen Paterson, MP for North Shropshire and former Defra Secretary of State.

He told the conference that the decision before the British public on the Leave or Remain referendum is arguably the biggest historic decision since the Reformation.

“I believe that the UK has a great future beyond the political arrangements of the European Union – this particularly applies to our agriculture and our environment where the UK’s priorities should be:

The UK, he said, is now at a fork in the road and one option is Brexit – or Britain exiting the EU.

The European Union and the European market are not one and the same, he said.

We can leave the political arrangements of the European Union, but still enjoy access to the European market, trading freely with European neighbours.

“They have a £70bn surplus with us, 5m Europeans depend on sales to the UK; they have a vast strategic and selfish interest in being able to export to us. So those who trade with Europe have nothing to fear.”

Agriculture and food production is hampered by the UK’s membership of the Common Agricultural Policy.

“CAP negotiations between 28 countries inevitably mean that we have to accept compromises. These are at best deeply unsatisfactory and at worst actively damaging to UK farmers.”

Farmers, he said, are often exasperated by the difficulties of implementing the CAP.

“To add insult to injury, the European Commission then fines the UK for incorrectly implementing the CAP measures. This is known in the EU as “disallowance” but brutally is a fine on member states. This amounted to £600 million for the failings of the last Labour Government in implementing the last CAP reform.”

Imposing a pan-European environment policy has proved impossible, he said, while many aspects of ‘Greening’ are intrusive, costly and difficult to administer – some are wholly unsuited to the UK environment, such as the three crop rule.

“By leaving the political structures of the EU, a UK policy could not only pay as much, if not more, than the CAP, but funds would be allocated in a much more effective and targeted manner by policy makers with a full understanding of the UK industry and environment.”

He also said that regulation could be massively simplified if the UK were to leave and subsidies could be more specifically tailored to satisfy the UK’s unique geography and climate.

“The obstinate refusal to adopt advances in technology means that Europe is becoming the museum of world farming. Europe sits on some of the most fertile land on the planet and yet imports food from the equivalent of 35m hectares of someone else’s farmland.

“For example, US maize yields have overtaken those of France in the last 20 years.

France is missing out on 0.9 tons per hectare of maize yield across their whole production area of 1.5 million hectares. Or, if France had kept pace with modern technologies – like better seed breeding, the rapid adoption of data driven support tools or the use of GM-technology – yields would have kept pace with those in the USA.”

He also said he had hoped that European countries would be excited about using their cutting edge science for innovative new GM products to sell to each other and to foreign markets. “However, advances after rigorous scientific analysis were consistently blocked politically by different countries within the European Union.”

Outside the EU through Brexit, the UK could adopt the Innovation Principle and be the leading centre of world agricultural research and practice, he said.

The UK, freed from the encumbrance of the EU will be able develop bi-lateral trade deals, according to Paterson.

“We wouldn’t be waiting for lengthy complex all-encompassing treaties such as TTIP that are held up by the Greek definition of Feta. We could trade with like-minded countries that wanted our products.”