The average UK farmgate price in November stood at €34.24/100kg (24.92p/L), which according to AHDB, was the fourth highest price of any nation in the EU15 after Greece, Finland and Austria.

Looking at the top-five milk producing countries for this month (Germany, France, UK, Netherlands and Poland), the average November price was €30.45/100kg which was a €0.37/100kg (1.2%) increase compared with the previous month. 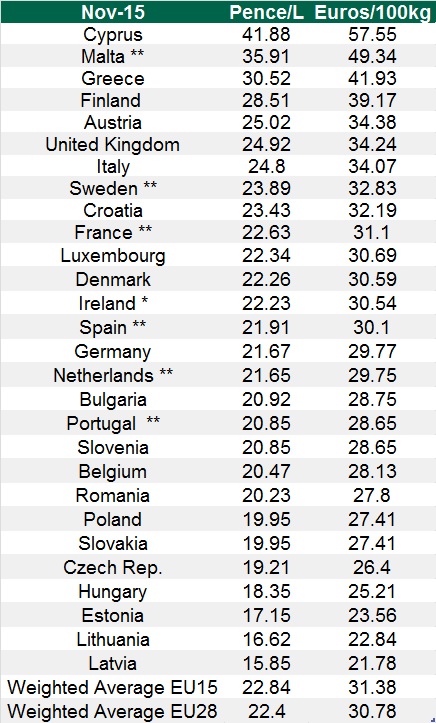 AHDB Dairy has the following notes regarding the above graph:

** Figures are estimated prices by the Member State

*** Figures are estimations based on LTO