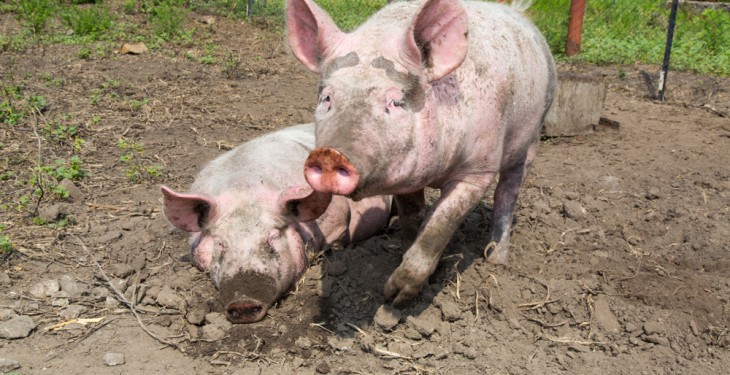 Irish pigmeat exports last year were up 8% on 2014, with the UK being Ireland’s largest export market followed by international markets, Peter Duggan of Bord Bia has said.

Meanwhile, pig prices were back 10% on the year previous and they strengthened in July before declining, he said.

“Irish prices are 3% above the EU average and 4% above the US average – the US is still recovering from the PED virus.”

Looking at the year ahead for pig production, Irish output is to stabilise and there is to be lower EU pig numbers however, output is not expected to change much, Peter Duggan from Bord Bia has said.

The 2016 output will show little change even though there will be a decline in the breeding herd, he told the Bord Bia Meat Prospects Seminar recently.

Looking to the EU he said that there is a similar situation in the EU – pig production is not expected to change in the first half of the year.

Advertisement
The EU sow herd is back approximately 77,000 head, a decline of 1%, which Duggan said would be the equivalent of the Irish pig herd shrinking by 50%.

Spain is on its way to being the top EU pig producing country and is becoming more industrialised along with cheap labour being available in the country.

Looking at EU exports, total EU exports were up 6% on 2014 and China was the destination for 34% of EU exported pigmeat, he said.

According to Duggan, Russia has seen an increase in industrial pig production yet consumption is declining due to highly priced products.

Furthermore, he said that a weak Ruble could lead to export opportunities for Russia.