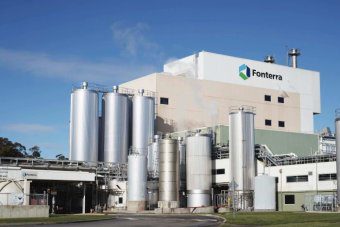 New Zealand dairy giant Fonterra has announced it exported record volumes for the month of December 2015.

Export data for the Co-operative in December shows the new record for a single month’s volume, with more than 300,000m tonnes shipped to its global markets.

“This is an excellent achievement by our sales and logistics teams and it is gratifying to finish 2015 on a high with this record export volume.

“We have seen unprecedented global volatility due to geopolitical events over the past year. The dairy market has been a tough environment globally, so we are pleased to achieve record export volumes despite the challenges.”

Mr Wickham said the new benchmark would be difficult to surpass as reduced milk volumes began to impact on the Co-operative’s production levels.

Fonterra is forecasting a year-on-year reduction of milk volumes by at least 6% this season as farmers responded to the low milk price environment and dry conditions impacted parts of New Zealand.

Since August 2015, Fonterra has reduced the amount of whole milk powder it expects to offer on the Global Dairy Trade (GDT) platform over the next 12 months by 146,000 metric tonnes in response to a change in product mix away from base milk powders and continued successful contracting and demand through other sales channels.

“An increased portion of product is being sold through bilateral customer agreements for a premium on prices achieved on GDT. Ingredients inventory levels for the first quarter were in line with the same period last year,” said Mr Wickham.