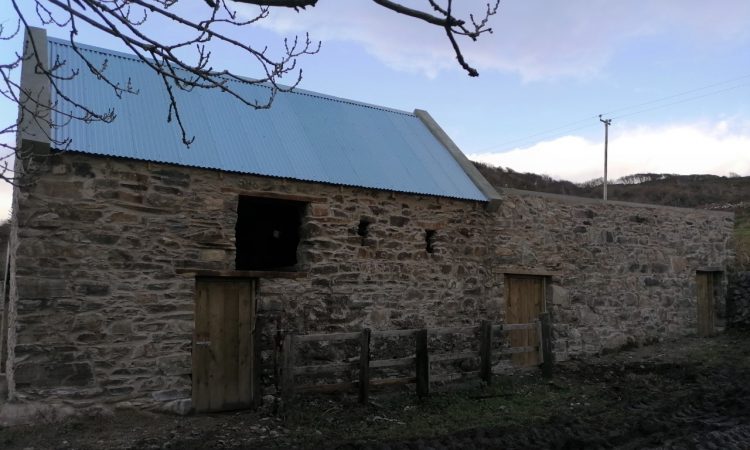 On the outskirts of Clifden town, in Co. Galway, an old “charming” farm building on the farm of Terri O’Rourke has been restored.

Terri, who has been rebuilding the old outhouse for the past number of months, has been working alongside The Heritage Council as part of the Green, Low-Carbon, Agri-Environment Scheme (GLAS) Traditional Farm Buildings Grant Scheme to bring this old building back to life. 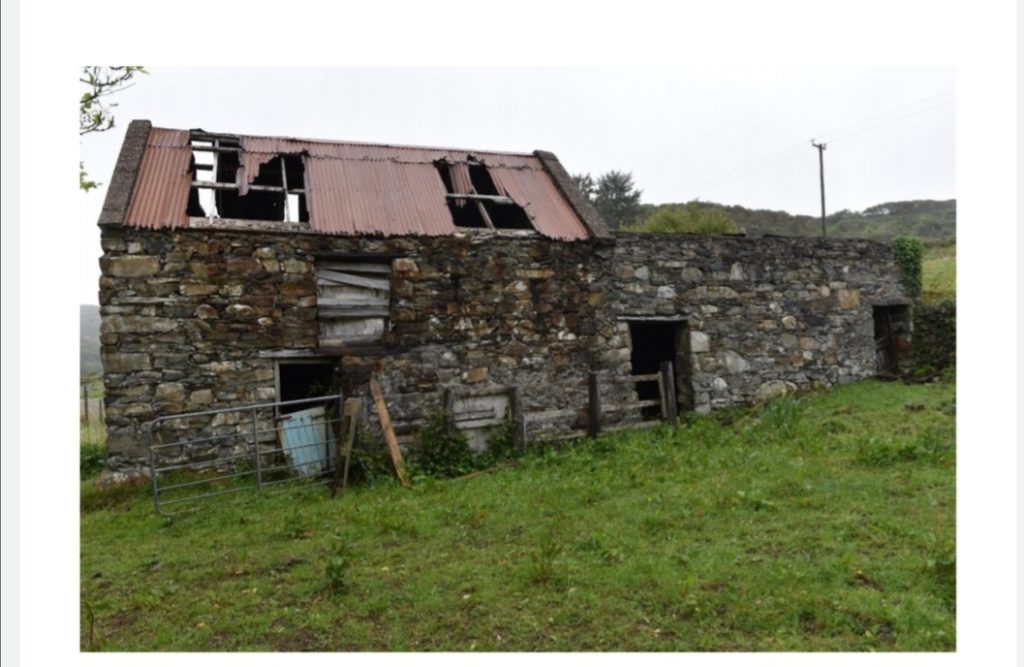 “It is a two-storey random rubble shed with a pitched galvanised roof and a single-storey lean-to to the rear and side.

“The whole process of going about restoring this building began last March – before lockdown – when I attended a Traditional Farm Buildings Grant Scheme seminar in Tullamore; however, we didn’t get to start cracking at it until September – due to Covid-19 – and we finished it just there last weekend.

“It was generally a straightforward enough rebuild. Once we got at it we weren’t long getting it finished.

Structurally, the two buildings were in good condition. The roof, doors and lintels were in very poor repair. As well as that, a significant amount of the stonework had lost its mortar and required repointing.

“Following a meeting with conservation consultant Aine Doyle, we determined how best to re-use materials for the reconstruction. 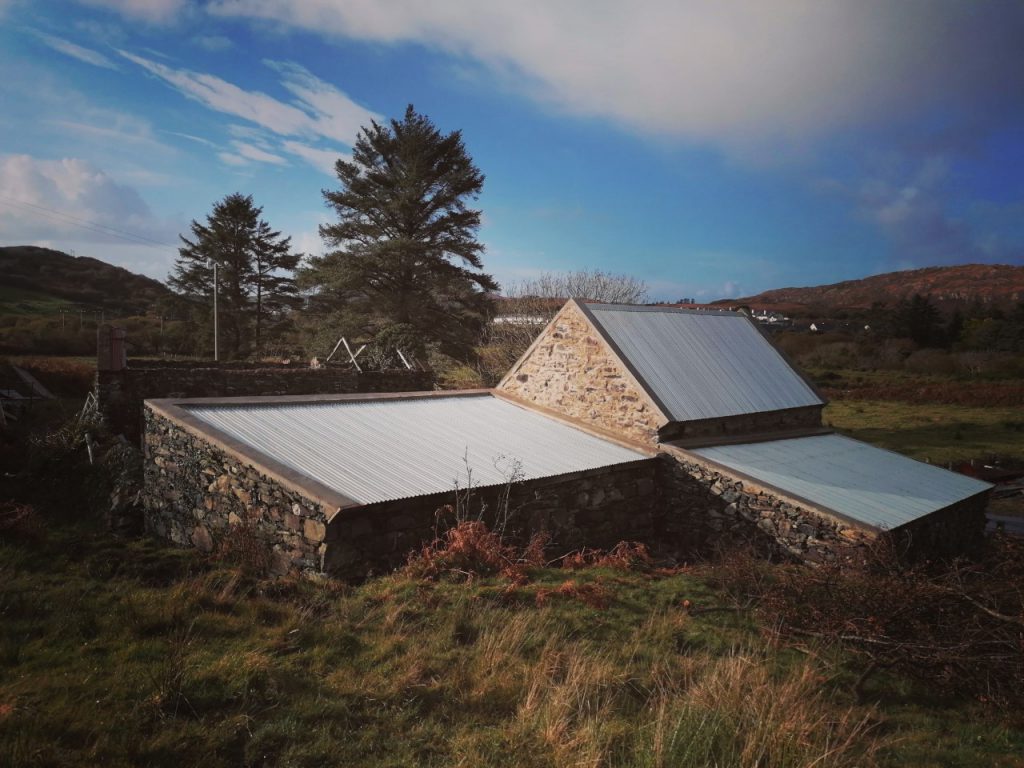 “My plan was for minimum intervention which meant carrying out repairs to fix what was wrong but not setting out to do too much work to change the building.

“Originally, the shed was used for a range of things. The downstairs would have been used to house cattle and horses over the winter, while the loft acted as a storage area for hay.

My aim was to conserve the building for active agricultural use, such as housing animals and storage, and this was made possible with the grant.

“We had to replace the timber lintels that had decayed over the years. Oak lintels replaced the old timbers over the front windows and also the doors.

“Most of the roof timbers were in a good condition and some galvanised sheeting was re-used where possible.

“All the vegetation, particularly the ivy, was carefully removed from the stonework. The overall cost of restoring the building was €19,450 [plus VAT]. The grant was funded by the Department of Agriculture, Food and the Marine.” 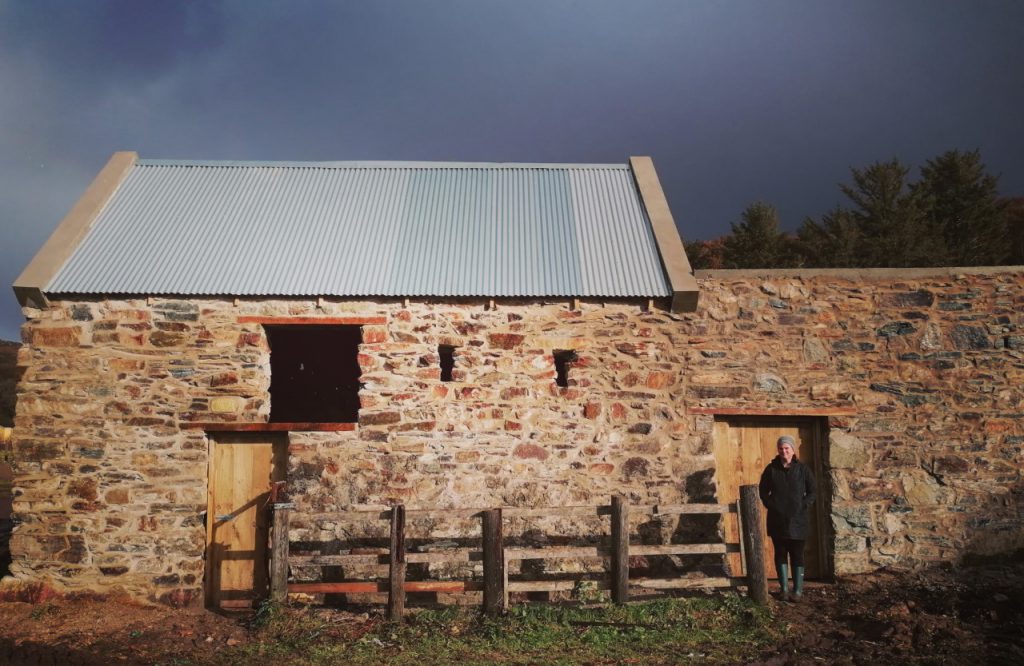 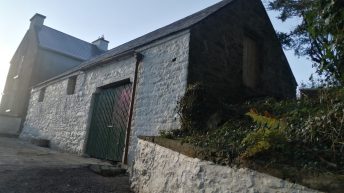