The building – which dates back to the 1830s – is on the farm of Veronica McKenna, Mountshannon, Co. Clare.

Telling her story to AgriLand, she said: “For the past number of months I have been working on an old farmyard building in conjunction with a conservation architect and The Heritage Council, Co. Kilkenny, as part of the GLAS Traditional Farm Buildings Grant Scheme.

“I was determined to restore the building to its former glory and, with the help of the grant, I was able to do that.

“The building had fallen into very poor condition. The roof had collapsed and the loft floor had fallen, causing damage to the stonework.” 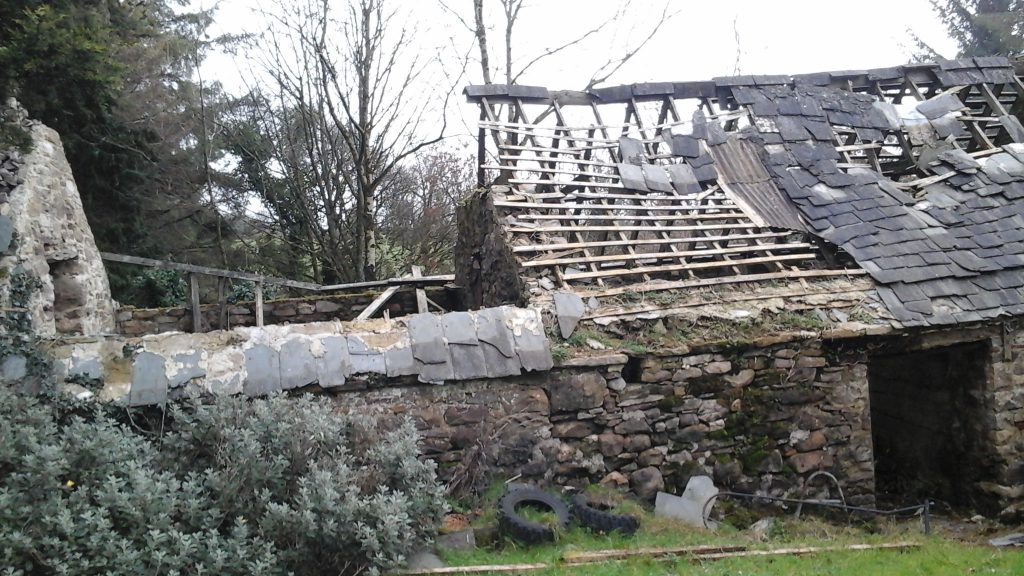 When Veronica received approval to begin reconstruction of the building, she discussed with her architect the type of materials that they would need to replicate what the build would have looked like back in the 1830s – for example, the type of mortar, timber and slates.

Originally, the shed had been used for a range of things. The downstairs would have been used to house cattle and horses over the winter, while the loft acted as a storage area for corn.

Veronica did her best to retrieve any materials that could be used in the reconstruction.

“My intention, where possible, was to use any material available on the farm, as this would have been the practice in bygone days.”

The next task was to begin repairing the stonework and replacing the timber lentils that had decayed over the years. These lentil frames were replaced with seasoned oak that had fallen on the farm during a storm.

The oak lentils replaced the old timbers over the front windows and also the entrance at the rear of the building. The stonework over each one was then rebuilt, with the original stone using lime mortar. 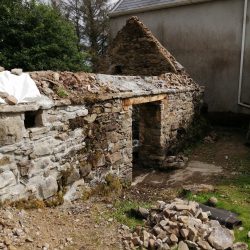 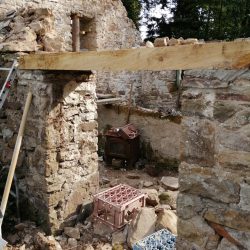 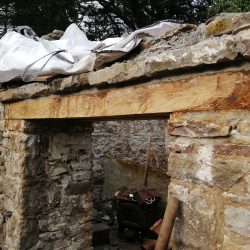 The roof of the building had completely fallen in. This, in turn, caused some structural cracks and loose stones in some parts of the walls.

Therefore, the cracks needed to be cleaned of any loose old mortar or rubble and then filled with lime mortar. The stones were reset as they originally were, with as little interference as possible with the original walls.

The timber joists over the barn area supporting the loft roof were treated with bitumen. Then, they were set into the walls – as were the roof rafters at all points of contact on the walls – and then embedded in lime mortar. 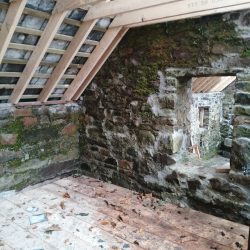 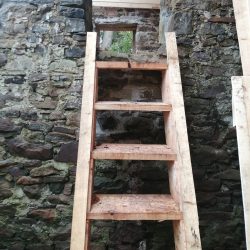 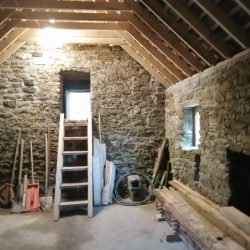 The loft floor was replaced with planks of spruce timber from the farm. This timber was knocked for safety reasons, as the trees were very large and adjacent to the dwelling house. The planks were sawn at a local sawmill and placed butt-jointed over this area.

Internally, the window frames are made of oak; the access ladder to the upper loft area is made from spruce.

The slating was completed with old Killaloe slates sourced from a neighbour, who was renovating a farmhouse. The old ridge tiles were also sourced from this neighbour. Buildings of this period had cast-iron eaves and downpipes; these were sourced in a salvage yard.

According to Veronica, the shed was fully restored with completely traditional and natural materials and finished in traditional whitewash.

The overall cost of restoring the building was €12,768. The grant was funded by The Department of Agriculture, Food and the Marine and the build was supervised and inspected by The Heritage Council. 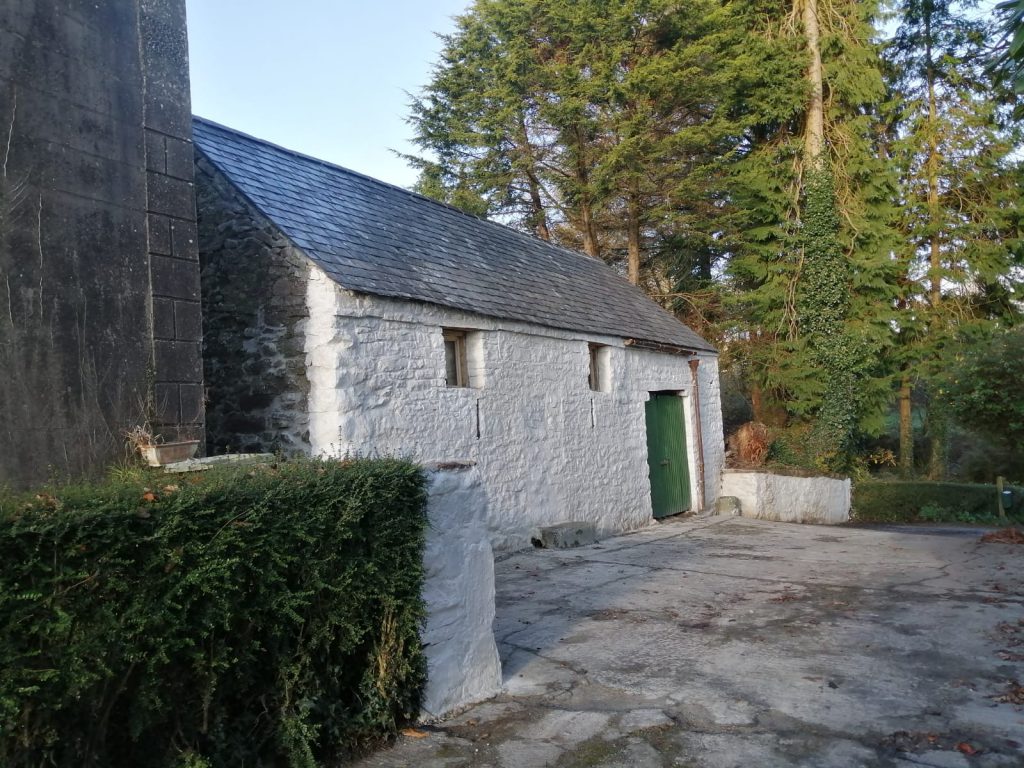