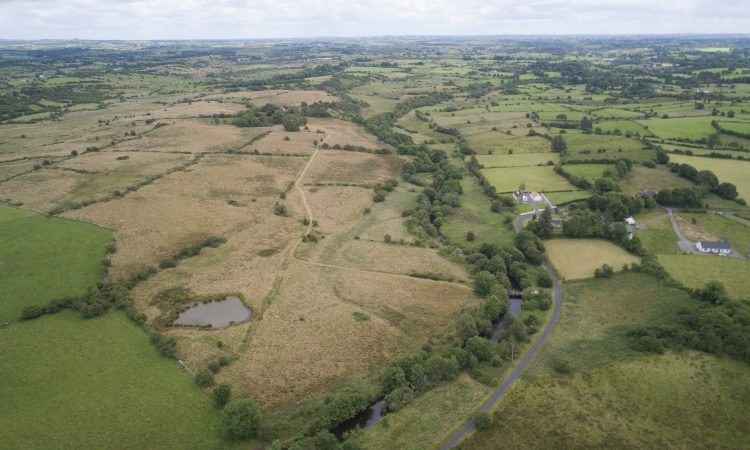 A circa 186ac residential grassland farm is for sale at Bohola, Co. Mayo, in three lots or as a whole, by public auction which will take place at the Park Hotel, Kiltimagh, on Tuesday, September 3, at 3:00pm.

The property incorporates a three-bedroom bungalow with two reception rooms as well as a two-storey period house that is semi-derelict. There is also a small range of outbuildings.

“This is an extensive grassland farm which includes good-grazing lands situated along the banks of the Gweestion River, a single story, three-bedroom house, a semi-derelict house and outbuildings,” negotiator, Pat O’Hagan, said.

“It is located in the townland of Lismirrane and primarily consists of a large block of grazing land plus various smaller blocks. It could also be suitable for forestry, subject to planning approval.

The land varies in quality and includes pasture suitable for cutting, as well as permanent pasture. There is good scope to develop the land into a quality extensive grazing farm.

Bohola is a village located on the main primary N5 road connecting Castlebar to Longford. It is situated about 8km outside the town of Swinford. Balla Livestock Mart in Carrowntober, Oughter, is about 21km to the south west of Lismirrane.

Castlebar is a market town with a railway station, on the Dublin to Westport route.

The Bohola farm is for sale as a whole or in lots as follows:

The lands are primarily laid out in one large block, accessed via the eastern side of the Lismirrane Road across a bridge. The land in lot 1 comprises about 170ac, with a guide price of €635,000.

A hard-core track passing through the land leads up to the heart of the farm, where there is a two-storey farmhouse of traditional construction. The house has been vacant for some time.

The old farmyard is located to the rear of the farmhouse and includes outbuildings, a cattle crush and holding pen.

The lands have not been farmed recently but were used for the grazing of livestock. While historically divided into smaller fields, they have been merged into a number of larger enclosures. With some improvement, silage and hay crops could be cut.

Lot 2 comprises a single-storey house together with about 6.7ac, at a guide price of €50,000. The house was constructed in about 1960 with accommodation extending to about 96m². It occupies a westerly facing position, fronting the road.

The accommodation comprises an entrance hall flanked by two reception rooms, both with fireplaces, three bedrooms, a bathroom and a kitchen with fitted wooden units.

The house would benefit from modernisation and refurbishment. Services to the house include: oil-fired central heating; electricity; private drainage via septic tank; and a group water scheme.

The land is divided into two areas, with a section surrounding the house and the remainder in a field on the western side of the Lismirrane Road.

Lot 3 comprises two separate fields situated within close proximity to each other. Both share the same access along a lane.

There is a vehicular right of access, in favour of the sellers, from the public road to the land via a laneway. This land extends to about 8.9ac in total and is all in grass, with the guide price at €18,000.

The guide price for the entire property is €700,000. Viewings are strictly by appointment with the sole selling agents at: Savills Country, 33 Molesworth Street, Dublin 2; by phoning: 01663-4350; or online at: www.savills.ie. 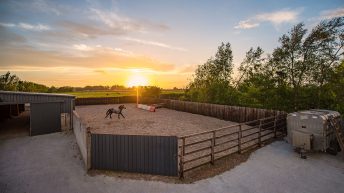