Farmers and finishers marketing beef cattle have been faced with a constant battle over recent weeks, as one factory cut followed another.

In the period from mid-August to now, 20c/kg has been wiped off steer and heifer base quotes, thus leaving farmers and finishers carrying the can.

As it stands, factory buyers are quoting 370c/kg for steers and 380c/kg for heifers (excluding quality assurance bonuses).

To put these cuts into context, a 380kg base steer carcass was worth the equivalent of €1,482 (excluding bonuses) in mid-August; the potential returns have now dropped to just €1,406.

The ‘orchestrated’ and ‘ruthless’ efforts of processors have left farmers counting the costs this year and have also raised serious concerns over the attractiveness of winter finishing.

The uncertainty surrounding the finished trade is also filtering down to the ringside, with confidence said to be ‘very challenged’ at present.

Like prime steers and heifers, the cow market continues to remain difficult. As it stands, processors are offering 290c/kg for P-grade cows.

Negotiations are starting at 300-310c/kg for O-grade cows, while finishers supplying better-quality R-grade cows are being offered 330c/kg this week.

Meanwhile, moving to cattle supplies, official figures show that some 38,326 cattle were processed in Department of Agriculture approved export plants during the week ending September 23 – a drop of 121 head or 0.3%.

The occurrence of this year’s National Ploughing Championships during that week is likely to have caused this slight decline.

Contributing to this fall was a 150 head reduction in young bull slaughterings, cow numbers were back 52 head and heifers were down 412 head. However, increases were witnessed in both the bull and steer categories.

Official figures also show that the total cattle kill for the year – up to the week ending September 23 – stands at over 1.28 million head.

Throughput increases have been witnessed in all of the major categories with the exception of steers, as steer slaughterings are back 8,439 head or 2% when compared to the corresponding period in 2017.

An increased focus on young bull productions systems – resulting in a 9.6% increase in young bull slaughters – contributed to this decrease. 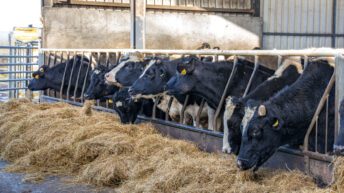