One reoccurring message from the Beef Plan Movement’s meeting in Mullingar, Co. Westmeath, was that farmers must “stick together” when it comes to the plan.

Opening the meeting, Westmeath spokesperson and national committee member, David Whelehan, said: “Our beef industry is in serious trouble and we are on life support. We have one opportunity to make a change and that time is now.”

Addressing the 350-400 farmers in attendance, he called on any people who are interested to step up and get involved in the movement.

“There are an awful lot of people making a hell of a lot of money out of an industry that’s not supposed to be profitable. But, beef farmers are not.

“We need people with different skill sets to help us achieve our targets. And, with their help and everyone else on board, we can make this work,” he added.

Also speaking at the meeting – which was held tonight – Beef Plan committee member, Hugh Doyle, outlined that farmers must drive on with this plan and that “the factories will love farmer division”. 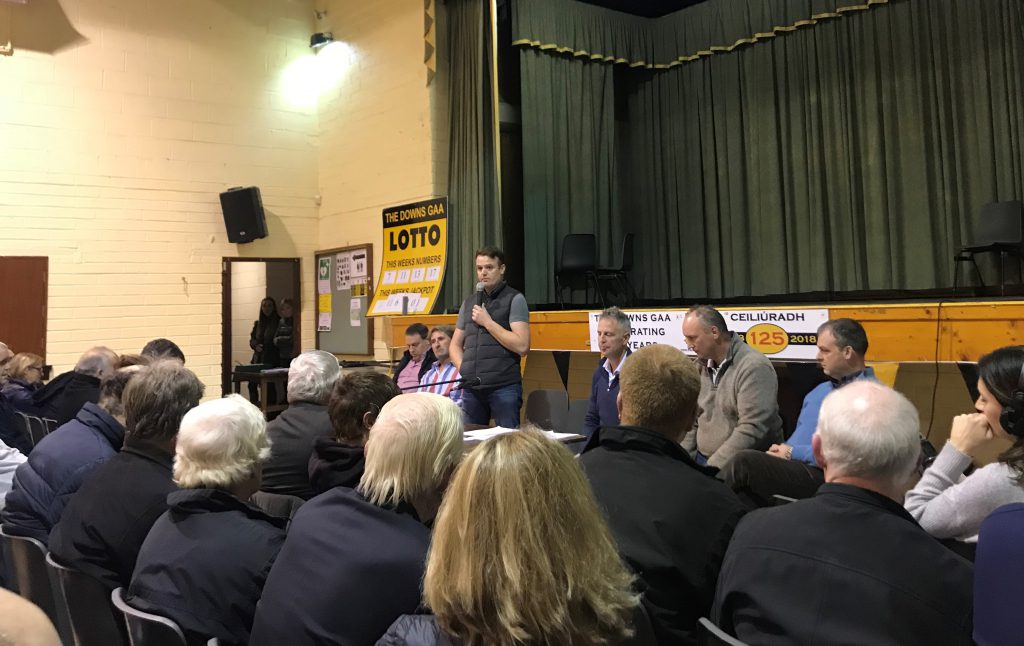 Westmeath spokesperson David Whelehan kicking off proceedings at the meeting

Other speakers at the event included some of the founders of the Beef Plan Movement and a number of vocal farmers who highlighted strong concerns on the industry from the floor.

South-Monaghan suckler farmer, Michael Rafferty, stressed that beef farmers have been “lying down like dogs for too long and enough is enough”.

It was also highlighted that numbers reached are floating closer to 13,000 rather than 10,000, due to the number of members that are not on WhatsApp.

In addition, Eamon Corley, the spokesperson for the group believes that the Beef Plan Group can succeed where other farm lobby groups have failed because: “We have listened to the farmers on the ground and we have made this into their plan.”

He also stressed that, while all members of other farm-lobby groups are welcome, “we are an independent group and we intend on implementing this plan because it is our plan”, adding: “We don’t want to have it compromised.”

The Meath-based farmer also urged farmers to spread the word to other farmers, so the 40,000 head target can be achieved as quick as possible.