Gardai in Co. Longford seized plant and machinery worth in excess of €50,000 in a raid earlier today (Wednesday, December 5).

In a statement released by An Garda Siochana, it was revealed that this afternoon Gardai attached to Longford District searched an industrial unit close to the N4 at Shroid in Longford.

The total value of the property is expected to exceed €50,000, the statement added.

Advertisement
There were no arrests and the operation is ongoing.

Today’s operation is a follow-up to searches carried out in Longford on November 29, which uncovered plant, tools, cars, vans and car parts.

As AgriLand reported last week, a statement from An Garda Siochana suggests that the value of the recovered stolen items is in the region of €500,000.

The statement described the premises as “a large, industrial lock up”. 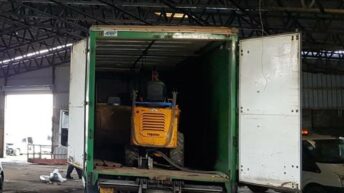