The number of cattle slaughtered in Irish beef plants fell over 1,200 head last week and amounted to 33,528 head.

Looking at young bulls first, the number of these animals increased by 102 head to 1,310 head, while aged bulls decreased marginally by 25 head and amounted to 661 head.

In terms of steers, the total number of bullocks amounted to 16,220 head, which represents a fall of 884 head. This category (steers) witnessed the largest drop.

Meanwhile, the number of heifers processed amounted to 8,784 head – which represented a marginal fall of 68 head.

Furthermore, the number of cows slaughtered fell by 399 head and amounted to 6,553 head. 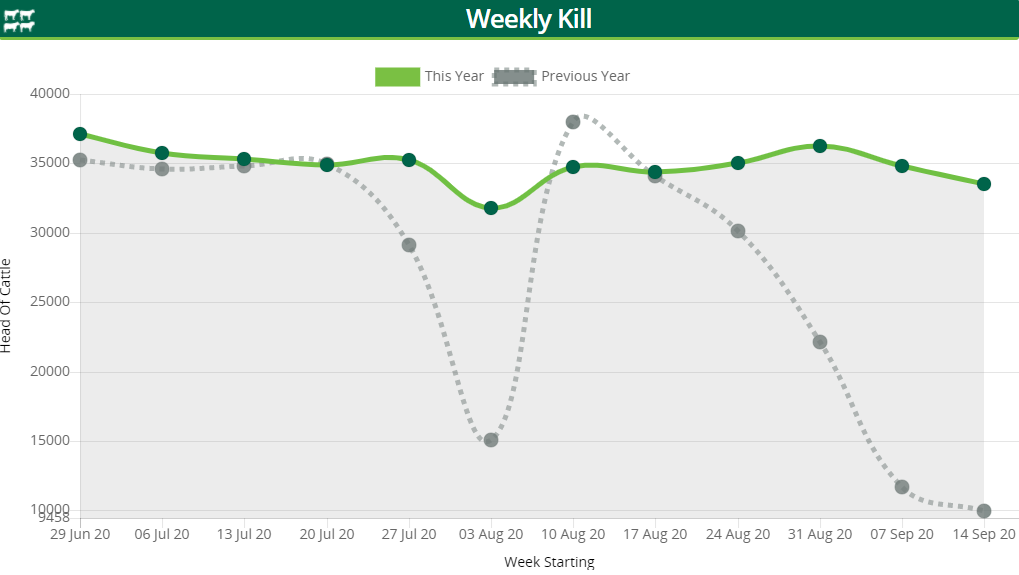 The ship which had been organised to transport 3,000 bulls from Ireland to Libya has departed Irish shores without the bulls.

The vessel in question did not have the approval required to transport the animals and so has since been sent on its way, AgriLand understands.

It is believed that the ship has previously transported animals from Ireland for export but had not been in Ireland for quite some time prior to coming to Wateford Port for this latest consignment.

The animals will still be transported on another vessel, with a departure date believed to be early next week.

The consignment consists of some 3,000 bulls which are due to depart from Waterford Port for the north African country.