Beef Forum has achieved little or nothing – IFA Presidential candidate 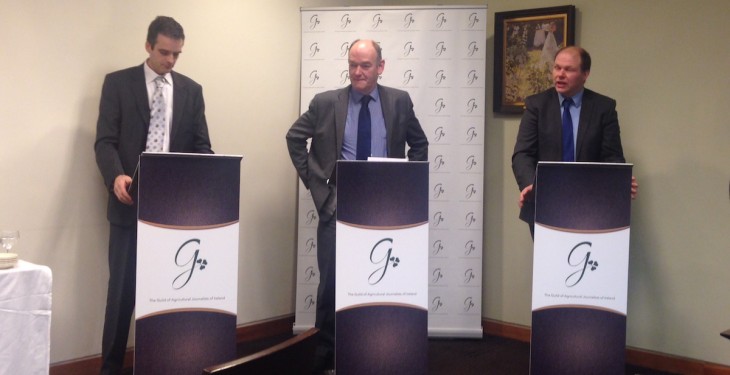 The Beef Forum has achieved little or nothing, IFA presidential candidate Joe Healy has claimed.

Speaking to agri journalists during a debate between the three IFA presidential candidates in Dublin today, the three were asked what the Beef Forum had achieved and if it should be continued.

While Joe Healy said the Beef Forum had achieved “little or nothing to date” he also said it should be continued.

“It has been a cosy ride for the Minister. The only thing it has achieved is Producer Organisations. It has to be revamped and needs an awful lot more bite. I’m not happy and beef farmers are not happy.”

He also agreed, when asked, that it was a sign the IFA was toothless and powerless as it has been part of the Beef Forum.

Henry Burns, who was involved in negotiating on behalf of the IFA at the Beef Forum said he didn’t believe it has achieved enough.

“The only time it has achieved anything is when we had the meat factories shut for three days. There is nothing wrong with any of the agreements made at it. IF the beef forum has not done enough it’s the Minster’s fault.

“For six months he did not come in strong enough on the farmers side. He was more interested in the industry than the farmers.”

Flor McCarthy said a competition issue exists in relation to the beef processors and said the Minister for Jobs Enterprise and Innovation Richard Bruton has to intervene.

“There are issues there. But in any negotiations you have to negotiate with the crew involved and the three big players are an issue for us. There will have to be a harder line taken with the factories. As an organisation when negotiations don’t deliver you have to take serious action. There is a real competition issue here. Richard Bruton has to intervene.”

Joe Healy also said that a couple of months of chaos and turmoil cannot be allowed to ruin a very good organisation.

“Farmers went from being proud to be members to nearly being embarrassed to be associated with IFA.”

He said the organisation was described in the media as “chaotic” and a “shambles” and it now has one chance go sort itself out.

Henry Burns said the role of IFA President it to is listen and engage with members. “They also have to be a leader and make decisions. We have to refine through our committee structures.”

The next President, he said, must have experience dealing with senior people in negotiations and said he suspects he is not on Minister Coveney’s Christmas card list after representing IFA at the Beef Forum.