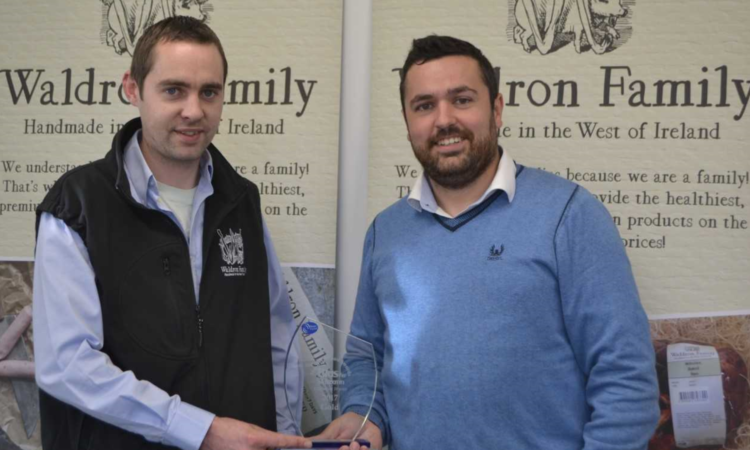 A culinary entrepreneurship student who has just graduated from Athlone Institute of Technology (AIT) took home a top prize at this year’s Blas na hEireann awards for his ‘slow roasted smokey pulled pork’.

Ciaran Kiveney, a chef with more than 15 years’ experience under his belt, developed the artisan ready meal product for Irish pork producer Waldron Meats as part of his final year culinary placement.

The culinary creation, which won gold in the ‘ready meals and prepared foods, hot (meat)’ category, was dreamed up while he was working at a local gastro pub.

“I did my market research and looked at what was popular on restaurant menus in the locality. At the time, I was working as a chef in one of the well-known eateries in Athlone, so I had an idea of what pork-based dishes were popular,” said Ciaran, whose family have a dry stock cattle farm in Coosan, Athlone.

After speaking to his culinary peers and to Waldron’s owners, the culinary entrepreneur decided to create an accessible product capable of bringing the restaurant experience into people’s dining rooms.

I tried to consider the needs of the average consumer who doesn’t have the time to make proper pulled pork – a slow and lengthy process that can take more than five hours.

“This new pulled pork dish is slow-roasted, smoky and delicious and, best of all, it’s fuss-free. Just pop it into the oven and hey presto. Anyone can make a pulled pork dish in less than 20 minutes – you don’t have to be a chef.”

Ciaran, who took a ‘stepping stone’ approach to his education, returned to AIT in 2016 as a mature student to complete his undergraduate studies.

In creating the new product, Ciaran implemented many of his new skills in market research, development and scientific testing to ensure the product was suitable for market. He needed to understand the product’s target audience and the practicalities around distribution and storage.

Working closely with husband and wife team, Yvonne and Michael Waldron, he carried out a myriad of tests, including batch testing and shelf-life testing, to success.

“When we vacuum packed the product and left it, we were getting around three weeks out of it, making it ideal for distribution to supermarkets,” he said.

“It’s a good test to see if products are viable, if they’ll be well received by the public,” Ciaran said.

“When we entered my pulled pork product and made the shortlist, we knew we were onto a winner. To win the gold award for Waldron Meats is incredible; we’re all delighted.”

Yvonne Waldron said that close collaboration with AIT is of huge benefit to the company.

In turn, it gives us the opportunity to showcase the wealth of talent we have here in the midlands. We will continue to work closely with the college in the years to come.

Congratulating Ciaran on the award, lecturer in strategic management and applied culinary science, Kevin McLoughlin, said that he had levered all the skills and knowledge he gained while studying for his degree in culinary entrepreneurship.

Ciaran had used his internship to develop Waldron Meats portfolio and his own business to custom deliver dietary requirements for his clients, Kevin said.

“We’re extremely proud of what he has accomplished to date and wish him all the best in his entrepreneurial endeavours as he moves onto this exciting new chapter.”

Every meal is individually measured out to ensure it meets individual customer’s requirements. It is currently based in Athlone and delivers around the midlands area.

Dedicated to the celebration of quality Irish produce, the Blas na hEireann awards constitute the largest blind tasting event in the country.

Its rigorous judging system, developed in line with international industry standards, requires that all packaging and identifying features are removed from products before being presented to ensure a level playing field for both large and small producers. 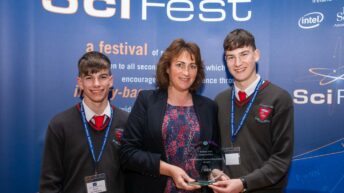