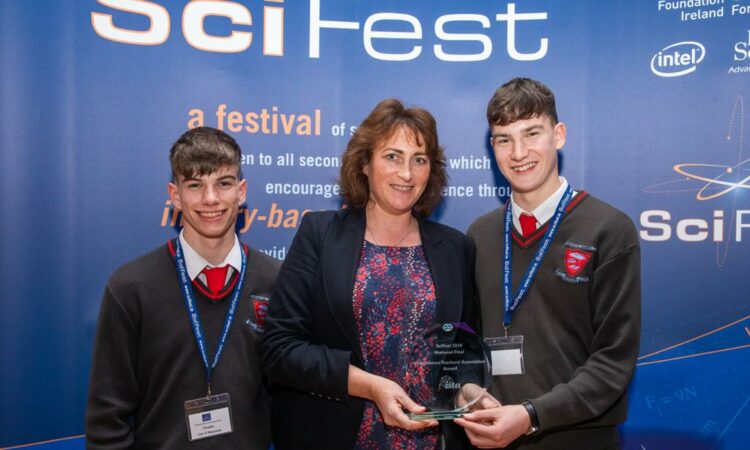 Conn Caomhanach and Con O Meachair took the SciFest gong for their project ‘Investigating the biological benefits of EM probiotics in agriculture’.

The boys said that agriculture accounts for 32% of all greenhouse gas emission to air, with fertiliser being the main source of nitrous oxide, due to the use of nitrogen fertiliser.

Climate change presents challenges for Irish agriculture, both in the context of greenhouse gas emissions and the need for adaptation of farming practices, the students stated.

Their research tested the EM probiotics as a natural fertiliser and the hypothesis that EM will decrease ammonia gas released by nitrogen fertiliser.

Stadium seeds were grown in a growth chamber using EM at a dilution rate of 10% and 20%, along with a control.

EM was used as a treatment on nitrogenous fertiliser – urea – at a dilution of 10% and 20% in sealed petri-dishes with emerging Drager tubes. Colour change in the Drager tubes served as an indication of ammonia emission.

While researching these effects at Teagasc in Johnstown Castle, Co. Wexford, previous results indicated that the average growth of EM – 20% – treated stadium grass was 8.7cm in comparison to the control at 8.3cm in length over a three-week growth period. 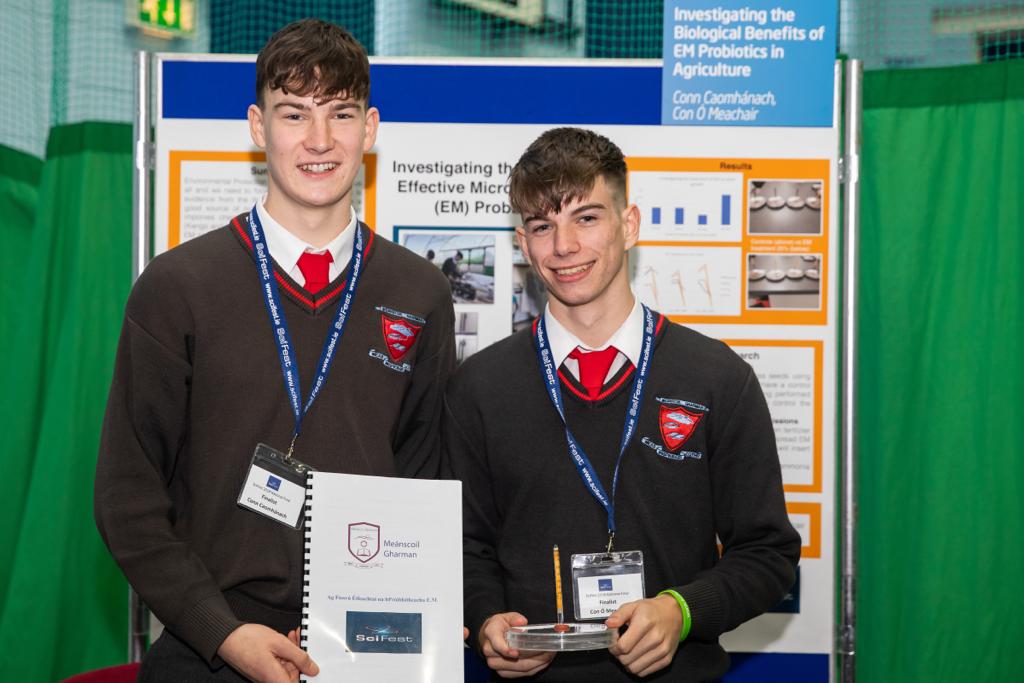 A 20% treatment of EM reduced ammonia emissions to 300 parts per million (ppm)  in comparison to 500ppm with the control sample, a 40% reduction.

They were presented with their trophy by Mary Mullaghy of the Irish Science Teachers’ Association. Their teacher is Elaine Nic Reamoinn.

This year saw over 10,000 students participating in local and regional SciFest STEM fairs across the country. 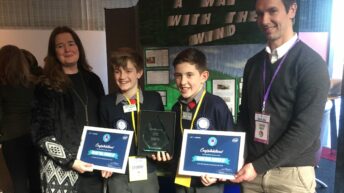