‘At Home on the Farm’ for LCGA exhibition 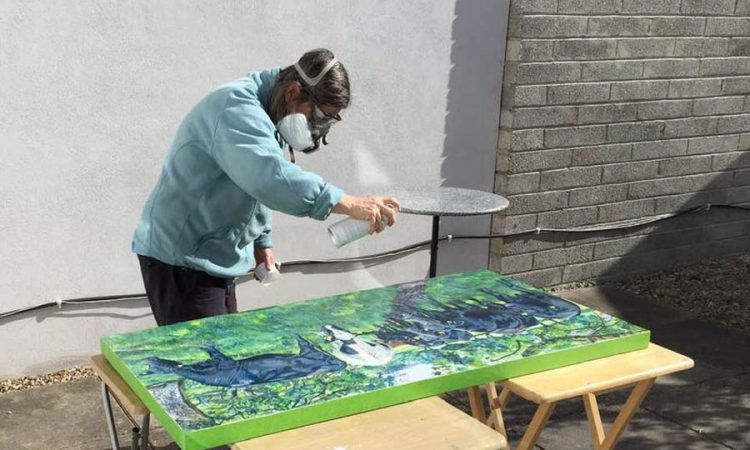 Artist Mary Burke’s exhibition ‘At Home on the Farm’ will run at Limerick City Gallery of Art (LCGA), Pery Square, Limerick, from February 25 to May 2.

In this first exhibition of the new year at LCGA, Mary’s paintings of her experience on five Limerick farms take centre stage.

For four decades, she has captured suburban Dublin scenes in oil pastels in a style that honours the quiet, still suburban sanctuary spaces of Irish homes and housing estates.

These new works at LCGA called ‘At Home on the Farm’ represent a bold new departure. After 40 years of diligently documenting the urban and suburban, Mary has made a radical shift in direction.

In part, the shift to the agricultural was prompted by a project that she undertook in Stradbally, Co. Laois, in 2015, with her gaze drifting to the surrounding landscape.

When LCGA invited her to work in the county, she found herself out in the farmyards where nature got a hold of her. The result is ‘At Home on the Farm’. Her engagement with the individual farm families made an impact on Mary and she speaks with genuine passion of them all.

Take for example, John MacNamara and the quality of his grassland or the wonderful treasure trove of curiosities that Morgan Murphy has amassed in his barns and outbuildings. It was impossible for me not to document and celebrate these things.

The exhibition depicts the facets of the various farms that were most important to the individual farmers or that made a particular visual impact on her such as MacNamara’s cattle, milking parlour and grass pasture which exemplify the core priorities of his working life.

“In truth, I just wanted to capture the essence of their farms,” she said. “There’s been a tendency in the past to romanticise the Irish landscape. I wanted to avoid that.

These are working farms that are functional and lived in. I wanted to convey a sense of the industrial farm infrastructure against the natural landscape.

Mary’s work enabled her ‘to escape my bubble and to see how others live their lives’ to document the truth of their existence. “It brought home to me the sheer variety of life on this island. It’s something I’m eager to engage more with in future work.”

For many ‘At Home On The Farm’ will resonate in a deeply personal way. LCGA director/curator Una McCarthy, in welcoming this very special exhibition to the gallery, said: “My roots are semi-rural, with most of my childhood spent at my maternal grandparents’ home in Feenagh, Co. Limerick.

“However, I am a ‘townie’. I have lived most of my life in an urban setting albeit with a deep understanding of the whims and demands of a farming life. It was wonderful to receive Mary’s proposal as it chimed with what I wanted to achieve in the gallery where the rural and urban could meet in an exciting and relevant way,” she said.

“This objective has most definitely been met with this exhibition ‘At Home on the Farm’ which I hope will further a discussion on the cultural and social importance of farming in Irish society.” 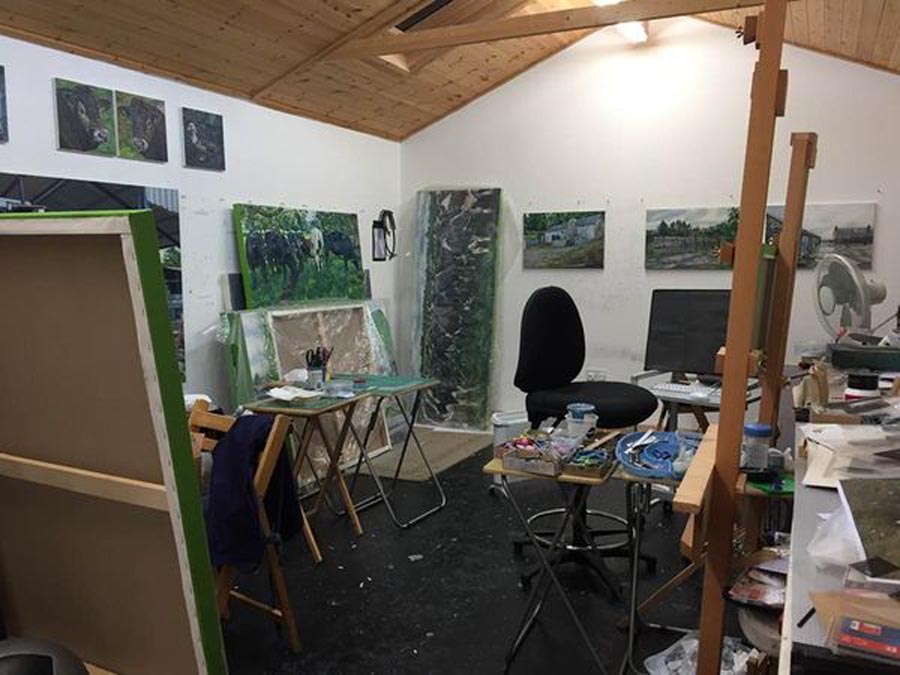 The exhibition opening on February 25 will be followed by an ‘In Conversation’ event hosted by Manchán Magan, author of ‘Thirty-Two Words for Field; Lost Words of the Irish Landscape’. He will explore the exhibition with Mary Burke and Dr. Niamh Nic Ghabhann, University of Limerick, via Zoom at 3:00pm on Saturday, February 27.

Also, from February 25, a public engagement programme will be accessible via the gallery website including a virtual heritage walk, virtual ‘sound’ walks in the city; ‘Talking Velvet’, the farming poetry page; ‘Full and Plenty’, a webinar on the future of farming and food; and #Choose to Challenge, an International Women’s Day conversation with women farmers whose creative practices are integral to their farming lives.

Running alongside the exhibition will be a photography exhibition by renowned artist Martin Parr. Since the late 1980s Martin has been taking photographs in this country. Between 1980 and1982 he lived in the west of Ireland, embedding himself in its land and culture, capturing the area where he was based.

He has returned at regular intervals over the last three decades to continue this work. During that time, he captured the changing Ireland and created a series of images that present the effects of wealth and Americanisation on the country.

At a pivotal time of social and cultural change these series range from the Texan inspired bungalows of Co. Leitrim to the country and western dances in rural dance halls, showing an Ireland on the cusp of the Celtic Tiger era.

Since then he has produced new works around the Silicon Docks in Dublin, once again exploring the new wave of corporate American influence in Irish society and the shadow of an impending Brexit.

To date this expansive series of images captured in Ireland over 40 years has not been exhibited in its entirety. In 2021 this will no longer be the case as LCGA, working in partnership with Northern Narratives productions, opens a tour which will present all of Martin Parr’s works exploring a variety of themes and events of historical and social significance in this country.

The tour will continue from Limerick to Dublin Gallery of Photography and Roscommon Arts Centre and then travel to Boston College’s McMullen Museum of Art before concluding in Belfast Exposed Gallery.

LCGA would like to use the exhibitions as a way of highlighting the connections between city and countryside. “Alongside the exhibitions, we have planned a city walk highlighting sites associated with farming in the city. We hope that the public will look at the shows and take walks in the city complete with our interactive map,” Una said.

“We have created a farming poetry page too where poets – each of whom has either a farming and/or a Limerick connection – recorded readings of their poems. These too will be available from the gallery website,” said the director/curator.

The exhibitions will be online so that people can view them from their homes and LCGA is hoping that, restrictions permitting, people will be able to visit the gallery which is free to the public. The gallery is home to a coffee shop where visitors can linger a while, looking out on the People’s Park. 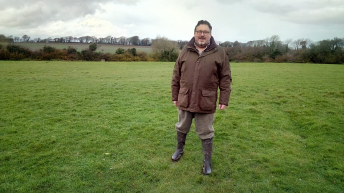