Calving period highest risk for culling due to health problems

There are several metabolic diseases that can affect cows during the transition period, with many of these the result of not having cows at the optimum body condition score (BCS) at calving and also through incorrect mineral feeding levels during the dry period.

This transition period includes the eight-weeks pre-calving and the two-weeks post-calving.

Some of these metabolic diseases include milk fever, retained placenta, and displaced abomasum – which can cause added stress and increased work in what is already a busy time period.

These diseases, and others, can also have a knock-on effect on a cow’s milk production potential and fertility performance.

Dr. Joe Patton, a Teagasc nutritionist, outlined that the calving/transition period is the highest risk for culling due to health problems – on average a herd will see 60-70% of clinical disorders during the period.

Advertisement
Milk fever is a disease, characterised by reduced blood calcium (Ca) levels. It is most common in the first few days of lactation when the demand for Ca for milk production exceeds the body’s ability to mobilise calcium reserves, but it can also be seen in late-pregnancy and up to the point of calving.

The risk of milk fever is reduced if dietary Ca levels can be maintained below 0.5% of dry matter (DM) before calving.

A prevention approach to reduce the occurrence of production-related diseases is better than dealing with the issues once they have occurred.

The objective of farmers is to prevent problems from occurring through good management. 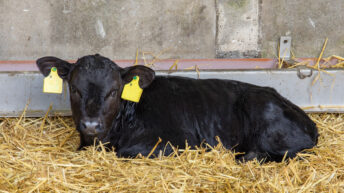