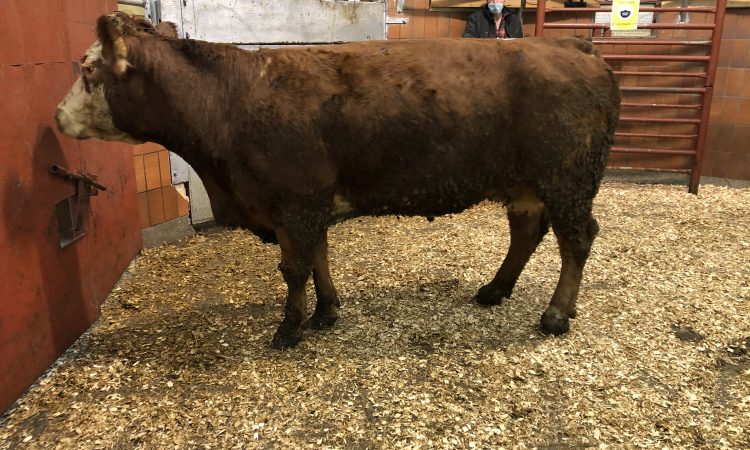 There was a weekly rise in numbers entered into Blessington Mart on Thursday, February 5 – as there was a selection of cattle from all age categories up for auction.

AgriLand visited the Wicklow-based mart this week to get an insight into how cattle are trading in the south-east.

With mixed reports this week of prices being slightly back in some marts for cattle, the majority of the continental forward-type heifers over 560kg were selling from €2.26/kg back to €2.01/kg. Lighter store heifers with similar breeding were sold from €2.08/kg up to €2.54/kg.

A selection of light Friesian heifers that were announced as potentially suitable for breeding sold from €1.40/kg up to €2.28/kg.

Taking a look at the bullocks, heavy Hereford steers weighing over 600kg were averaging €1.92/kg, while one Angus bullock sold at €1.90/kg.

In the dry cow section, there were plenty of store cows up for grabs. Friesians that required that extra bit of feeding were sold at €0.97-1.40/kg, while heavier types were ranging from €1.10/kg up to €1.50/kg.

The remaining continental and traditional breeds of cows were selling from €1.22/kg up to €1.93/kg.

There was a small selection of calves on offer on Thursday. The majority of young Friesian bulls were trading at €30-85/head, with a top price recorded of €130/head achieved for a three-week-old bull.

Angus calves were trading at €145-190/head, while some strong Hereford calves over two months old sold between €260-315/head. 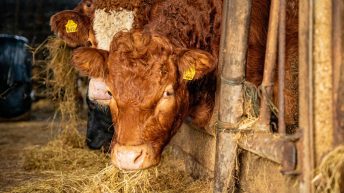