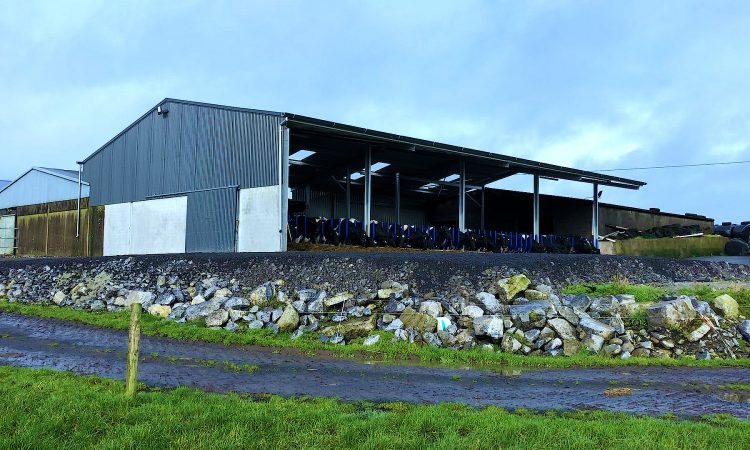 Farming just outside Milltown, in Co. Galway, is Bernard, Maria and Noah Brennan, who milk a herd of 70 British Friesian cows.

The Brennans are new entrants to dairy, having started their new venture in 2019 after previously running a suckler and sheep enterprise.

Like so many other farmers who have converted to dairy over the last number of years, the Galway natives just weren’t happy with the returns they were making from their suckler and sheep enterprises.

Therefore, they made the decision to go down the route of milking cows on an 80ac block of ground, in which the new parlour is in the middle of.

Up until last winter, the Brennans were housing their cows in old existing sheds that once housed their suckler cows and ewes.

So the decision was made to build a new cubicle shed on an old dung stead, that was situated between the two existing sheds and turn it into, essentially, one large cubicle house.

Speaking to AgriLand about the new housing facility, Bernard said: “We were working between three different sheds up until last winter [two slatted and one small cubicle shed] to house our cows and to be honest, it was very labour intensive, especially from the point of view of trying to keep the shed and cows clean.

So we decided to build a new cubicle shed that would incorporate two of the older existing sheds and basically end up having one large housing unit – which has 84 cubicles.

“So, in total, we have three sheds now with cubicles, while there’s a fourth shed, which has slats and a calving area and they are all connected up.

“It involved a lot of dog work such as knocking walls and breaking a lot of concrete but we ended up with exactly what we wanted. The way we have it now makes life much easier for us from a management point of view.”

Construction of the new build

The fact the Brennans were able to do a lot of the work themselves, with Bernard having worked in construction for many years, helped to keep the cost of the job down and also help to get it completed quicker.

Bernard designed the shed himself. He knew what he wanted and was happy to go and take into it himself.

The site where the new 5-bay shed lies, which contains 30 cubicles was built on, was once an old dung stead and a small outhouse.

So in order to fit in the L-shaped tank, the shed and concrete had to be knocked and dug out – which Bernard, Noah and a friend of the family, Cathal Nestor completed, by hiring out machinery – from Pat Murphy – to break the rock for the tank.

The construction of the tank was carried out by Brian Connell. The slats were sourced and installed by Liam Armstrong while the shed itself was sourced and erected by Ciaran Lyons.

To connect the slatted unit, built-in 1992 to the new 30-cubicle shed, the back wall had to be knocked, which the Brennans did themselves, while the old cubicle beds where the sucklers were housed had to be ripped up as well and the floor was lowered to bring it in line as much as possible to the new shed, however, there is still a slope.

However, this is a help more than a nuisance, as the dung from the two passageways in the old cubicle shed has to be scrapped down manually to the L-shaped tank in the new cubicle area.

The concrete work for the cubicles in all three sheds was carried out by Bernard and Noah with the help of Bernard’s brother and brother-in-law Peter and Pat.

Jackie Boyle carried out the blockwork, while the walls were plastered by Miko McDonald. Bernard’s brother, Frank, who is a welder helped to install the feed barriers and make the two sliding doors. Lastly, the electrical work was carried out by McGrath Electrical. 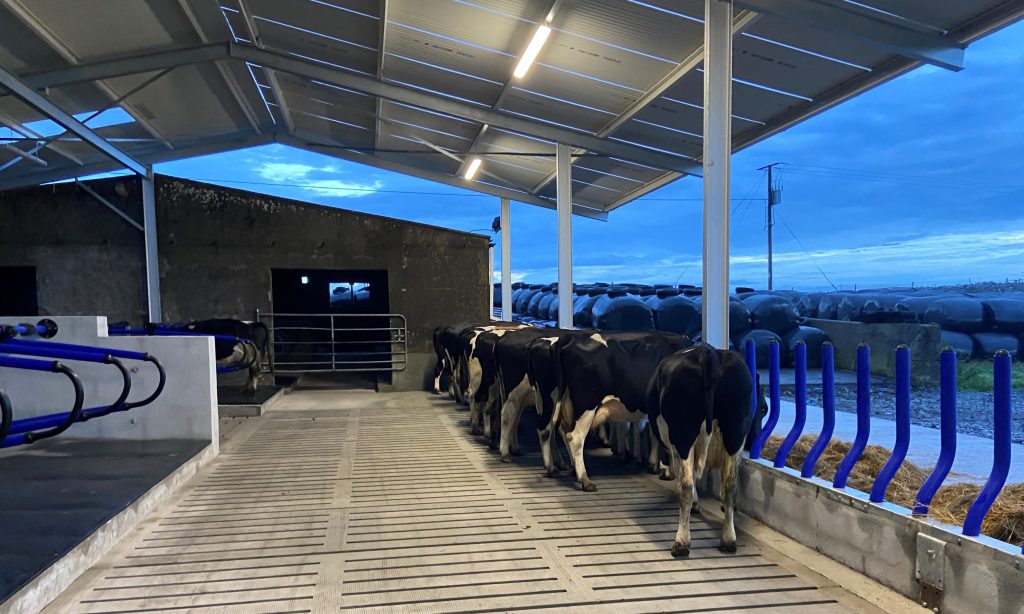 The way the Brennans have incorporated the old sheds with the new 30-cubicle house, means that managing cows is now far easier. 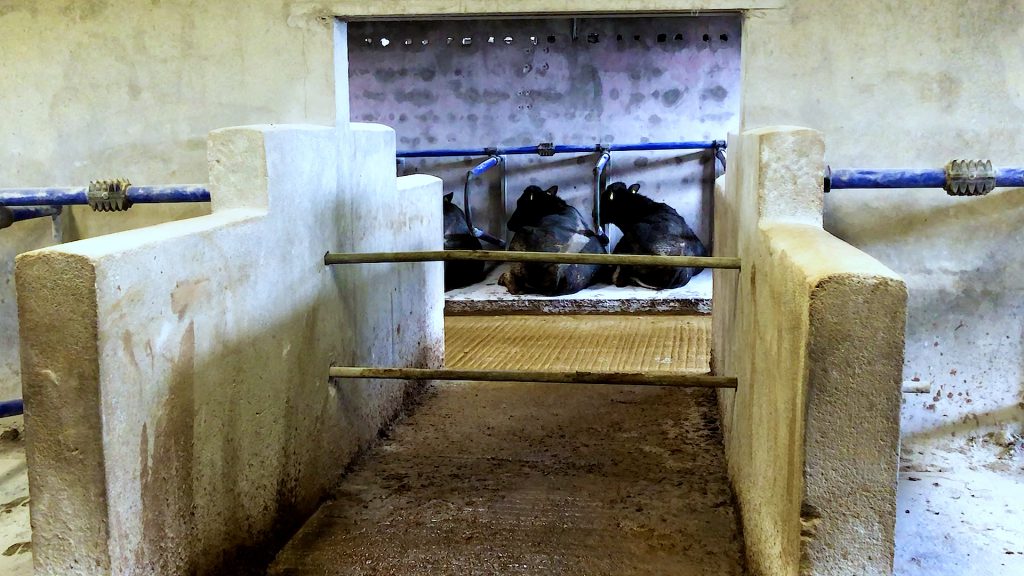 Bernard said: “In the past, managing the cows would have been a little more difficult, but now it’s a dream. The heifers and cows are separated at the moment. The heifers are occupying half of the old cubicle area where we used to house the suckler cows and ewes and part of another slatted shed.

“There is a sliding door in the new cubicle house which is handy to let cows close to calving into the calving shed, while where the heifers are they are right beside the calving house so, it’s very handy.

“It’s all about being as efficient as possible and the way the sheds are connected up, it makes our lives so much easier.” 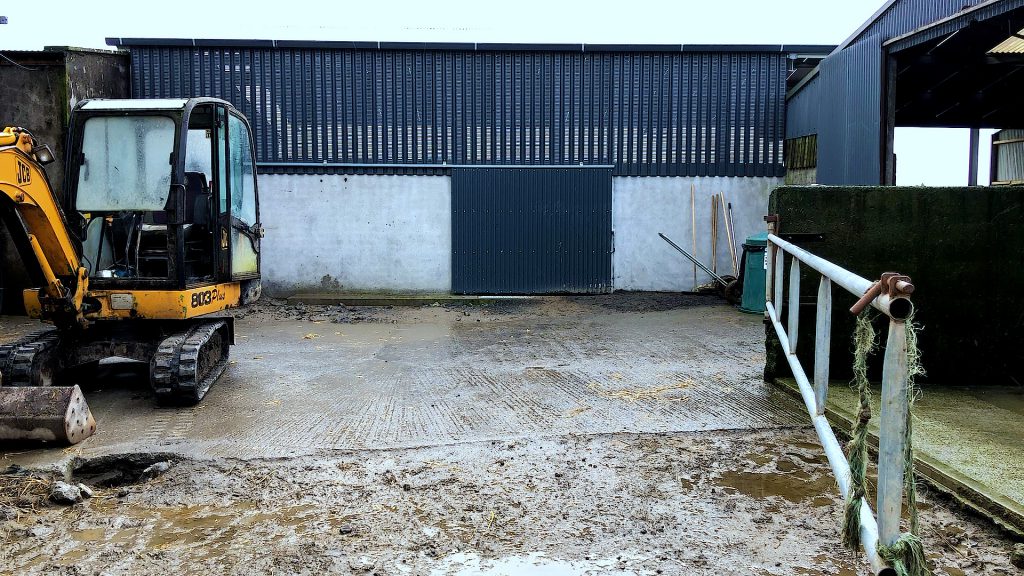 From talking to the Brennans, one of the most important element of the new build was providing a comfortable environment for their cows to thrive in.

They decided to install Easyfix cubicles and mats, to which Bernard described as being excellent and being of very good quality.

He added: “We are very much all about the welfare of the animals, whether it’s the cows or their calves. We wanted to install the best of everything to ensure the cows were comfortable and happy.

“I’m glad we went ahead and sourced the cubicles and feed barriers from EasyFix. In the case of the cubicles, the cows are very content on them. We clean and lime them twice a day as well.

“The fact that the cubicles are flexible and not fixed as such like steel cubicles would be means the cows aren’t pressed up against them and it makes them far more comfortable we think anyway. 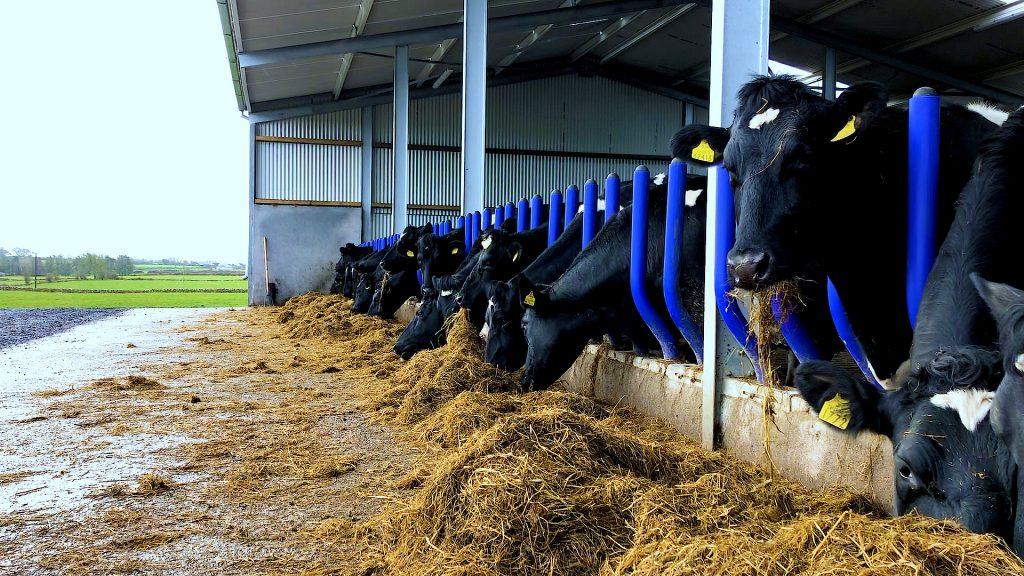 “They can reach out further in the passageway for silage and they seem to be inclined to eat from the new feed face rather than the old one on the other side of the shed where we have traditional diagonal feed barriers.

“We also installed a DeLaval swinging cow brush which the cows are making great use out of. ”

Other elements of the design

Bernard decided to only install spaced sheeting on side of the roof on the new 30-cubicle shed.

The reason for this simple, he didn’t want to take the risk of water coming down onto the cows while they were lying on the cubicles. Instead roof lights were installed on that side of the roof.

Ventilation, which is a critical part of any shed design, is no issue in the new part, as it contains a high pitched roof, while the two older sheds, which contain low-lying roofs are surprisingly airy and anything but stuffy. They knocked parts of walls to increase airflow into these low-lying areas and it has worked to good effect.

The Brennans opted to install two tip-over drinkers which they sourced from Condon Engineering. Again, it’s a drinker that is seen on many farms and can be emptied and cleaned out in no length of time. 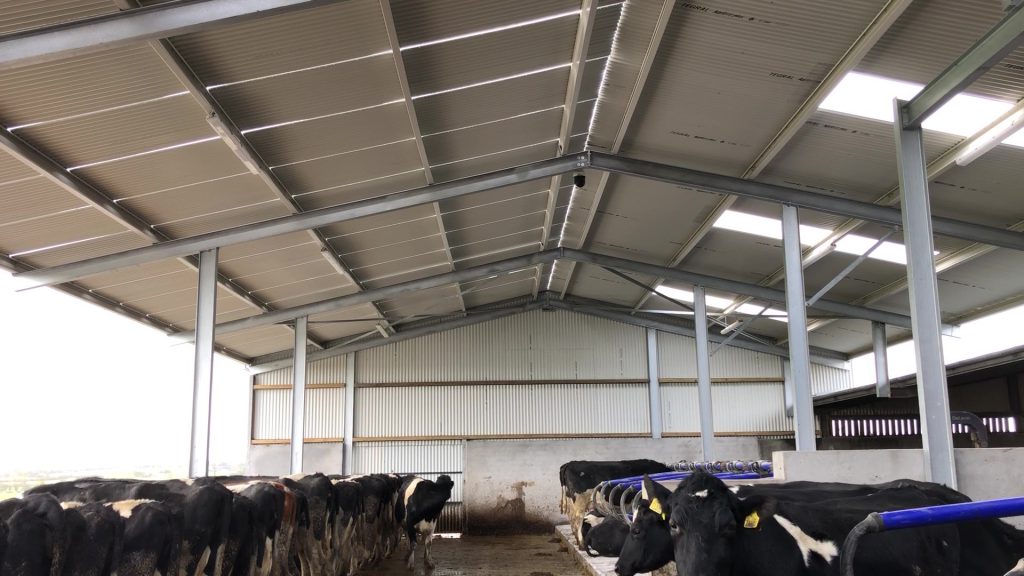 The build took very little time to complete. Work began last May and within a matter of weeks, the shed was complete.

The main reason for this was due to Bernard being able to do a lot of the work himself along with the help of Noah, his brothers and some close friends.

Having used up his grant on an 8-unit milking parlour, Bernard wasn’t able to avail of the Targeted Agricultural Modernisation Scheme (TAMS II).

However, Bernard believes this was a big plus as he feels he saved himself the best part of €20,000 by being able to do a lot of the work himself and not having to build it to grant spec.

Speaking about how the project turned out, Bernard said: “It turned out well, we are very happy with it. What we had in mind, we were able to achieve.

“As I said, we wanted to be able to tie all the shed in together, while at the same time keeping cost down and achieving our aim of being able to do things more efficiently and create an environment for our cows to be happy in, which I think we have achieved.

“The last part of the jigsaw will be to buy some sort of a robotic scraper. There’s a good bit of manual scraping involved, although not as much as before but we are looking at buying something that will cut that job out.” 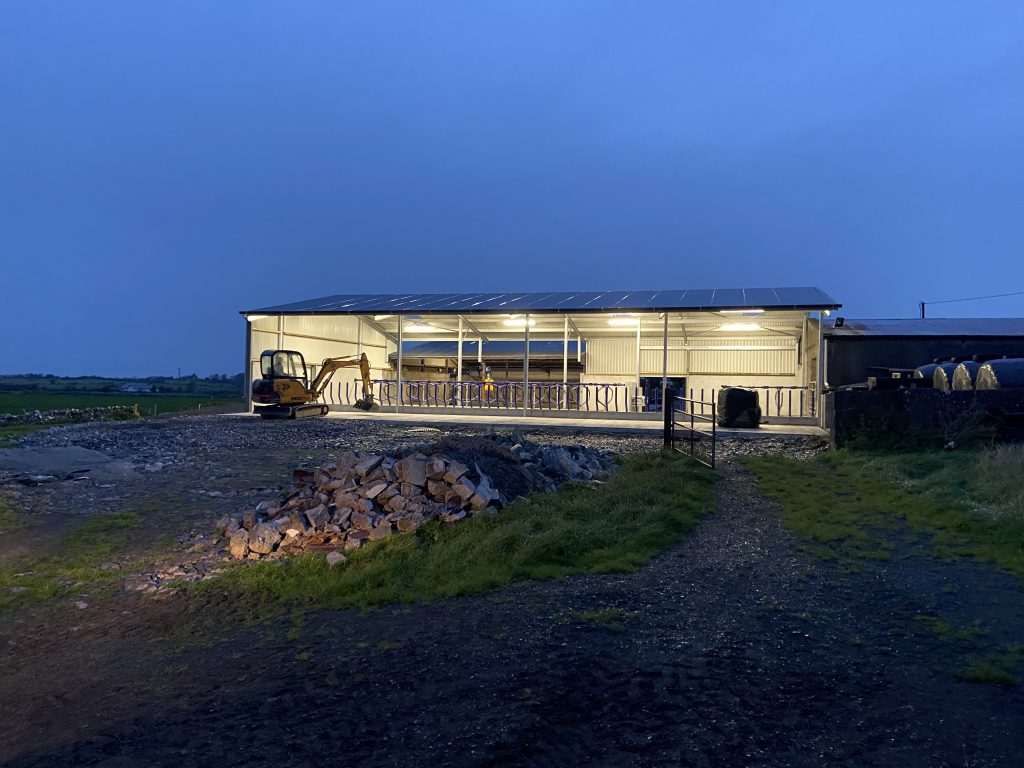 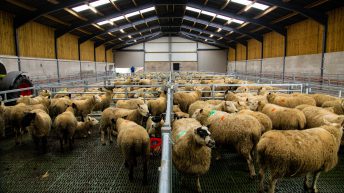