Are your cows coughing? 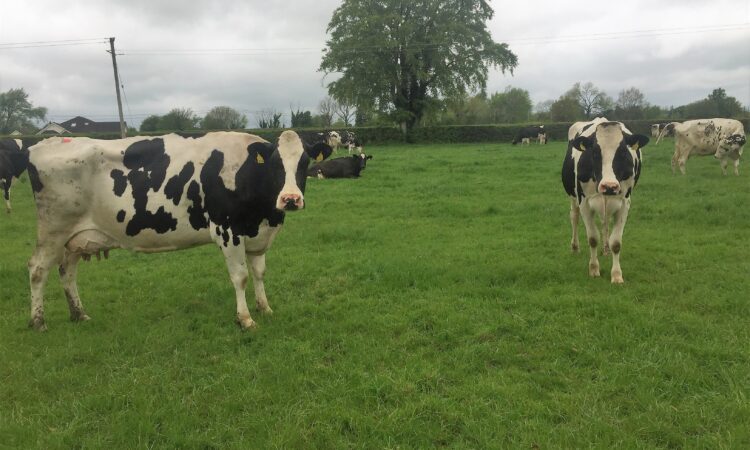 It’s been a challenging year, but farmers need to be aware of the increased parasite risk right now, Glanbia vet Shane McElroy warned.

Addressing farmers at a recent meeting in Co. Wicklow, Shane said: “If your land has got some rain and there’s growth back, parasites will be there.

“The one thing we want to concentrate on is making sure that milk volumes aren’t knocked by parasites.

“Ostertagia doesn’t really make the cow sick. It knocks their appetite and their milk production, but it will not make cows very sick.

“Lungworm is very different. Cows don’t have immunity to lungworm year-on-year, so it is something that comes back in cows every year and it’s been on hold this year,” he said.

“Since the rain has come, you have lungworm developing on the land and it’s infecting animals at the minute and probably over the last couple of weeks as well.”

Watch Shane’s full presentation from the Glanbia advice meetings below.

Shane noted that lungworm larvae need moisture to travel from dung paths to the grass, thus starting the whole infection process again once the grass has been consumed.

That’s what is happening today and it’s been happening for the last few weeks. A lot of lungworm larvae are around dung paths in fields.

“Those larvae may have been eaten by the cows over the past couple of weeks and you may have seen coughing in cows. One grazing in an infected field is enough to infect the whole herd.”

Shane also noted that some farmers have witnessed milk production drops of 30% over a two-to-three day period in the bulk tank.

“It can come on very quickly. You may not always see that milk drop, but what you will hear is coughing. Coughing occurs at a fairly late stage because it happens after they’ve picked up the larvae; they’ve migrated to the lungs and they’re at the adult stage.”

Touching on diagnosis, Shane said: “The diagnosis of lungworm is difficult in the early stages because we generally look at the dung sample for worms or we look at the bulk milk.

“Dung sampling is good for lungworm, but only a month after infection. You can confirm it after you’ve had the incident; but – by then – you’ll have treated them, which will probably have cleared out the lungworm.

Diagnosis is difficult, but really all you need to do is listen for it. Watch for the milk drop, but listen for the coughing cows.

Despite lungworm being a problem on some farms, Shane commented that not all farmers need to got out and buy products to treat their animals.

“You might not have lungworm on your farm at all and if you haven’t had the coughing cow issue in the past number of years, it may not be there.

“When you treat, animals will get worse before they get better. When you treat them, you’re killing the worms; the worms are in the lungs and the only way they are coming out is by coughing.

Animals will starting coughing worse for a seven-to-10 day period, sometimes up to 14 days to clear the dead worms out.

“The coughing will then wean off and then what you will get is reinfection because they don’t have immunity yet. It takes about six-to-eight weeks at least before they develop immunity to kill them off at the larvae stage.

“Immunity doesn’t happen quickly enough, so you may have to go with a second treatment due to reinfection,” he said.