Are you using the right selenium-approved sheep bolus?

Dr. Elizabeth Berry BVSC, PhD, MRCVS, veterinary director with Animax, has confirmed that all of their Allsure boluses contain selenium selenite and are authorised for use with sheep, lambs and cattle.

Many farmers are unaware that since July 17, 2019, selenium selenite is the only selenium approved by the European Food Standard Agency (EFSA) as a feed additive for use in sheep boluses sold in Britain, Ireland and the rest of Europe.

Farmers are being advised to check that the product they are using complies with these EU regulations.

Grass and forage vary widely in trace element content due to soil type, pH, drainage, plant species and fertiliser use; certain root crops are also known to be low in selenium and vitamin E.

“Selenium is essential for a wide variety of immune responses in cattle and sheep and a deficiency can impact on overall production,” Dr. Berry said.

“For example, a selenium deficiency can reduce the effectiveness of white blood cells by altering both their numbers, activity and speed getting to the site of infections.”

Clinical signs of selenium deficiency include late abortion, stillbirth, or weak calves or lambs with enlarged thyroids, retained placenta, low immunity to infection in all ages of cattle and reduced fertility in bulls.

It may also cause muscular stiffness, recumbency, difficulty breathing and poor weight gains in younger cattle.

Other symptoms may include early embryonic loss or failure to implant after mating. Or a newly calved cow may have retained cleansings or an increased susceptibility to mastitis, both of which can result in delayed oestrous after calving.

Speaking at a recent technical briefing for animal health distributors, Dr. Berry pointed out that access to minerals at grass can be very variable, while water supplementation can make the water unpalatable. 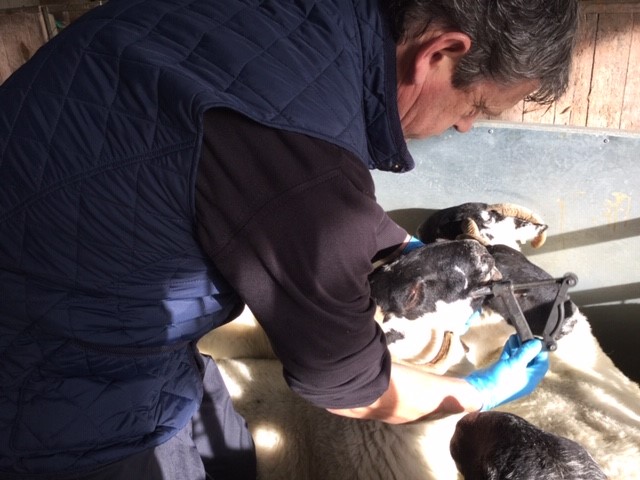 If adding trace elements to a ration you always run the risk of variable intakes; drenches can be applied but need to be repeated frequently.

According to Dr. Berry: “One of the most effective and convenient ways is to give all animals a slow-release bolus; the bolus will ensure that each animal gets the required levels to offset any deficiencies in a grazing system.

Ensuring trace element requirements are met at this critical time of year will not only prepare ewes and lambs for a fertile breeding season but will also help to reduce the chance of unknown issues arising, and the associated stress.

Rory Dicker, commercial manager, pointed out that the Allsure sheep range of intra-ruminal, leaching boluses use unique and proven leaching technology to provide slow-release supplementation of the four essential trace elements – cobalt, copper oxide, iodine and selenium – at known and optimum levels for up to six months.

The bolus enters the animal’s rumen-reticulum and lodges there; the trace elements leach out from the bolus at a known rate and the used boluses are shed naturally.