Are Ireland’s farmers tweeting as much as the rest of the world?

Irish farmers on Twitter have been tweeting on average 95 times a year and 67% of Irish farmers are tweeting off their smartphones, new research shows.

The tweeting device research is a week’s tweets from 22,000 farmers worldwide and it is compiled by Peter Gill of Social:Farmers.

Social:Farmers found that UK farmers were the top agricultural tweeters in 2014. Of the median average of world farmers actively using Twitter in 2014, it found that farmers in the UK top the social media charts with 161 tweets per year.

The research also found that 82% of farmers who joined Twitter before 2010 were still tweeting in 2014. 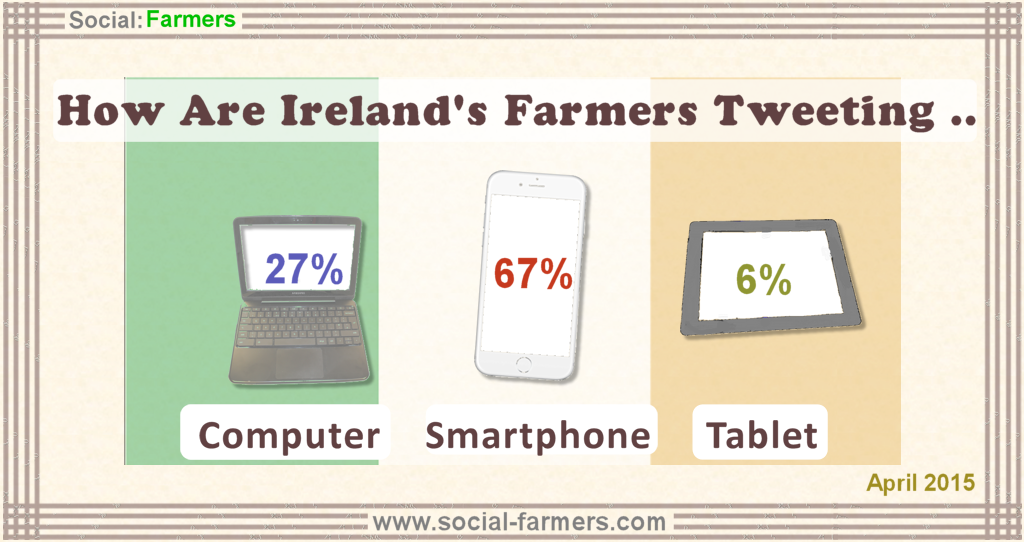 American farmers were also included in the study, compared to Ireland and the UK, US farmers tweet 50% off their smartphones, 44% off their computers and 6% off their tablets.

The research shows that as of April 2015, 54% of farmers worldwide tweet from their smartphones, 38% from their computer and 8% from their tablets. Ireland and New Zealand are leading the way in tweeting from smartphones. 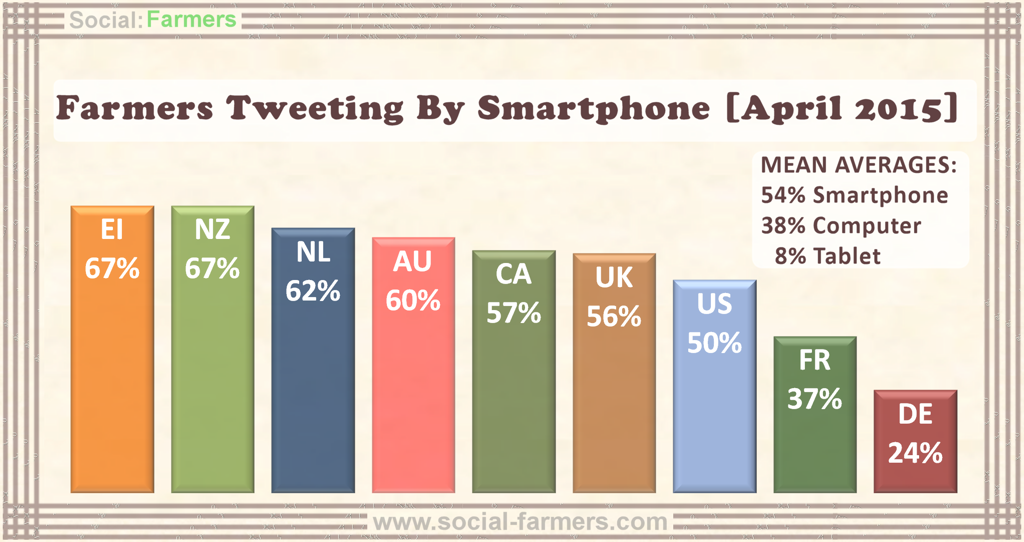