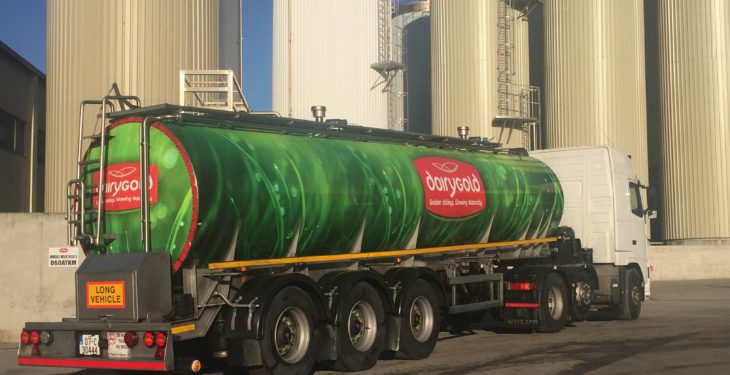 Dairygold has become the latest processor to announce its November milk price, revealing its decision to hold for last month’s supplies.

The Dairygold board met today (Monday, December 18) and decided to maintain the base price paid for milk supplied in November at 32c/L including a 0.5c/L quality bonus and VAT.

The price is based on standard constituents of 3.3% protein and 3.6% butterfat.

Meanwhile, Glanbia revealed its decision last week to hold its member milk price but cut its base price.

Glanbia Ireland reduced its base milk price for November to 30c/L including VAT, for manufacturing milk at 3.6% fat and 3.3% protein. In addition, Glanbia Co-op will make a support payment to members of 2c/L including VAT.

Lakeland Dairies announced that its suppliers will be paid 32.06c/L including VAT and a lactose bonus for their November milk supplies.

Meanwhile, Kerry announced an unchanged milk price of 32c/L including VAT for November.