The finishing line is in sight for a team of cyclists who have been undertaking a monumental cycle from Lourdes to Knock, in aid of a Down Syndrome charity and mental health awareness.

The team of four are scheduled to arrive in Dublin on Saturday morning, June 22, at 5:30am, where they will head west, aiming to reach the end of their 2,100km pilgrimage.

The team is led by Alan Heany, co-owner and founder of Lely Center Mullingar, who is accompanied by teammates Jonathon Verry, Garry Bigley and Maurice Dore.

The team is inviting representatives from the agriculture sector – be they farmer organisations, co-ops or agri-companies – to join them for the home run.

The cycle is co-sponsored by Lely Center Mullingar and AgriLand.

Down Syndrome West – based in Swinford, Co. Mayo – is set to benefit from the team’s efforts. The intention is to make the facility more fully accessible with a playground and use it as the west of Ireland’s focal point for the community, according to Heany. 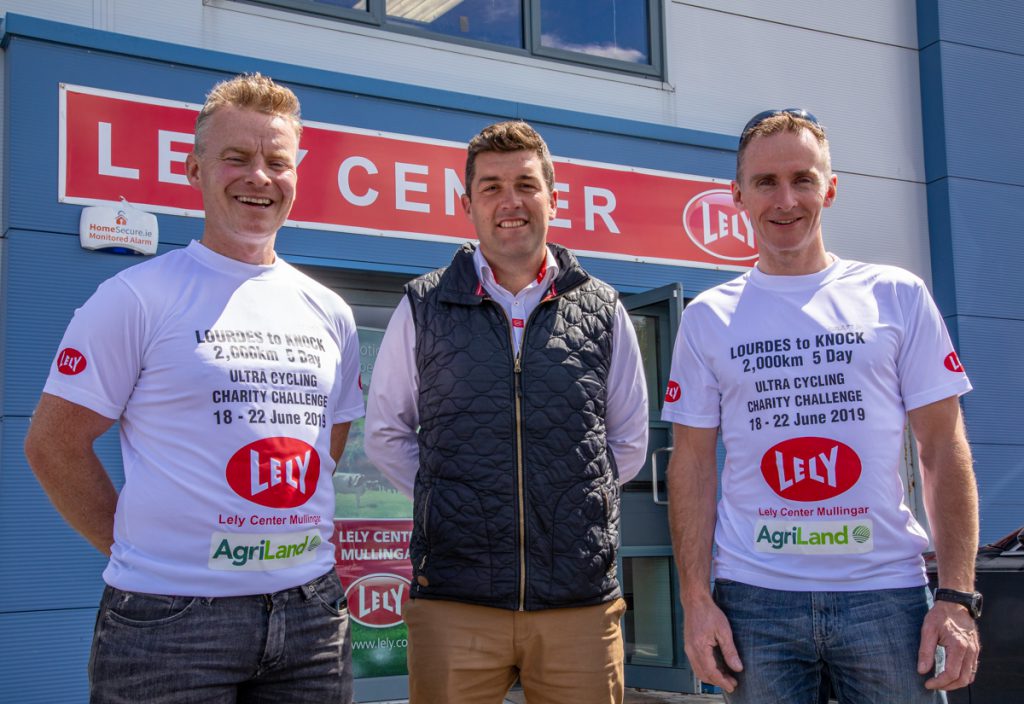 The cyclists also hope to raise awareness on mental health issues such as depression and anxiety in farming families.

We all know of the isolation, weather stresses, financial pressures that occur on many Irish farms and some really struggle with mental health and well-being.

“Last year’s sunny weather which may have been a godsend for most people actually placed financial, physical and emotional strain on many small to medium sized farms,” stressed Heany.

The cycle may be coming to a close, but there is till plenty of time to make a donation. The journey is self-financed, so 100% of donations will be going to those two worthy causes.

Some of the groups and entities that have agreed to take part include: Alltech; Devenish; the Irish Farmers’ Association (IFA); Macra na Feirme; Lakeland Dairies; Glanbia; Teagasc; Aurivo; and many others.

Anyone interested in joining the cycle can meet the team at these locations and times:

If you wish to follow the team’s progress and make a donation, you can do so here. If you’re interested in getting involved, contact Niall McGauran on: 086-4178424.

Mayo man to travel from Lourdes to Knock...on a bicycle