An accident which resulted in “large deposits of animal waste” occurred on a street in Co. Roscommon yesterday, Wednesday, June 19.

Discovered in Frenchpark, in the north of the county, locals alerted the relevant authorities to the waste, requesting that a “hazardous material” cleaning team be sent out. 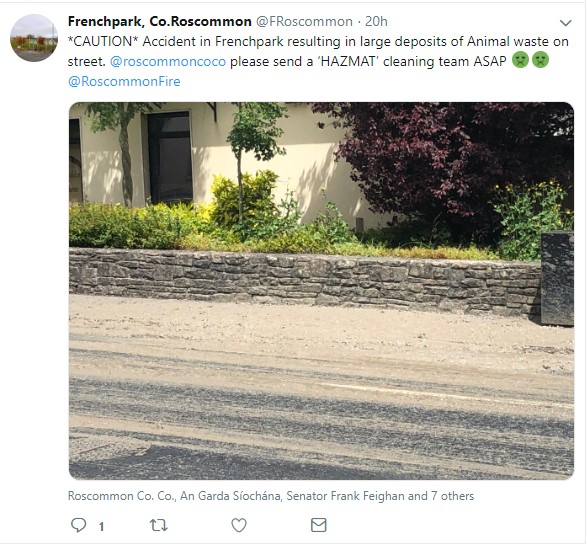 Speaking to AgriLand, a spokesperson for Roscommon County Council confirmed that the council is aware of the incident.

It is believed that a lorry carrying animal waste braked suddenly at a road junction to avoid collision with an oncoming car.

The sudden braking resulted in a quantity of the waste spilling onto the street, the representative added.

The company which owns the lorry in question cleaned up the mess upon learning of it; it is understood that no environmental issues arose from the incident and normal business has resumed in the area.