Afforestation in Co. Leitrim: ‘It’s like a game of monopoly’ 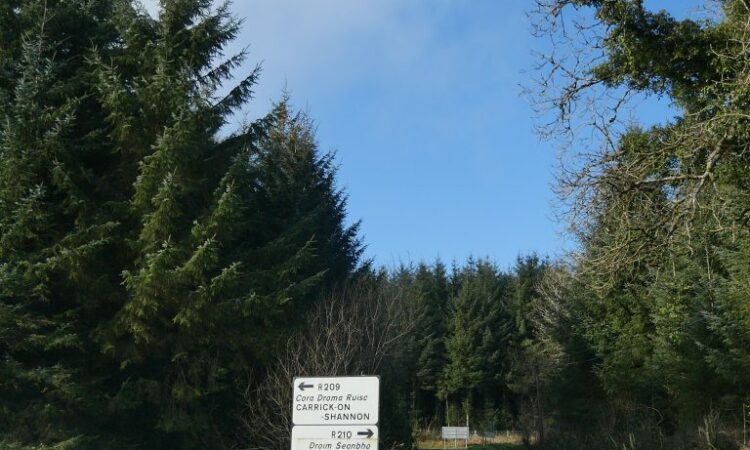 These were the sentiments expressed by the ‘Save Leitrim’ spokesperson Justin Warnock in the aftermath of its members calling on the Government, earlier this year, to put a stop to “the rapid growth of coniferous forestry” – most notably Sitka spruce plantations – that have sprung up in the region.

Warnock claims at least 40% of Leitrim land is now under trees and while he concedes to not having a problem with forestry, in general, there is, he adds, “a huge problem with the planting of the Sitka spruce tree and the funding of it by the Irish taxpayers”.

Save Leitrim, meanwhile, comprises a group of local people who point to the “detrimental impact” Sitka spruce afforestation is having on the social and economic fabric of rural communities and the environment in their county.

It has also highlighted the difficulties posed with afforestation because of investments by companies and entities from outside the county.

He continued: “Here in Leitrim they are planting trees and they have done more damage to the environment than they have anything else.

“They are not protecting the environment nor are they helping it in any way.”

Warnock went on then to point to where the real problems begin with Sitka spruce.

It is crazy what is going on and this monoculture crop – which is what we have here in Co. Leitrim – is worthless.

Warnock added: “It’s not the farmer that is involved in tree planting in Leitrim, it’s big business that is getting into it. The farmer is getting a licence and he is selling the land on.

‘Moving in from overseas’

Warnock, meanwhile, points to better times in Co. Leitrim and laments a time when, as he says himself, “it was just the farmers that were in receipt of grants for tree planting”.

Now it has been opened up and anyone that owns land can plant it.

He continued: “As a result of that, there are companies coming in from overseas; investors are coming into Co. Leitrim and buying up the land.

“We see new signs of different forestry companies going up all the time; some are buying the virgin soil, planting it and then drawing the Irish taxpayers money for the 15-year term.

“We are also seeing crops that have exhausted their premiums being bought up by other multinational companies.”

‘Going there to come back’

Warnock is also critical of the way in which the wetlands and the peatlands in the area were treated over the years.

He pointed out that for a long number of years bogs were being planted in the county and now there is the realisation that “the bog is four times better at sequestering carbon than trees are”.

We have been destroying what we should have been protecting.

He continued: “2018 is the first year since the foundation of the state that there were less trees planted.

“At the moment Save Leitrim is objecting and appealing the decisions that are being made; we are having some success in our endeavours, it has to be said. We are starting to win on environmental grounds and water quality – in fact, water quality is the big one.”

Warnock also points to the fact that because Co. Leitrim doesn’t have “the big dairy farms or piggeries that other counties have” the water shouldn’t be polluted.

But…it is; and the Sitka spruce is to blame, he adds.

The water quality of our rivers and lakes is at an all time low; in fact Lough Gill, for example, has very poor-quality water at the present time.

Warnock continued: “Lough Gill feeds 30,000-40,000 people and at the moment it is being tested on a regular basis because it is so bad. This poor water quality is because of forestry.”

He added that the problems of today are as a direct result of “over-planting” in the county.

There has been over-planting in Co. Leitrim and that is why we have the problems that we have.

“When you dig the soil you are releasing the nutrients into the water courses,” said Warnock.

“The pins drop off the trees and they turn the water acidic; what we need to be looking at now is being honest.

“We also need to be looking at the bigger picture here – Government policy is relentless in terms of planting land.

“And why in the name of God should the Irish taxpayer fund a big multinational company to grow trees in Co. Leitrim?”

Warnock also says that farmers can deliver on climate action – once the powers that be “work with us”.

He also points to the situation that is happening in his native country – all during a time “when the country is on its knees”.

He continued: “Yet there is money to give to investors so they can fly over to Leitrim – look at a bit of ground – and go on then and plant Sitka spruce on it.

“All of this is going to crash – the Irish taxpayer is not going to fund this for much longer; we all need to stand back now with cool heads and look at this from the right perspective.

“Right now the Irish taxpayer is funding the destruction of the environment.”

In conclusion, Warnock warned of the additional destruction that will take place countrywide if “afforestation is not done right”.

If forestry is going to be carried out it must be done right or there is no point in doing it at all.

“The Sikta spruce is not the answer; farmers in Leitrim will deliver. Work with us and we will deliver on climate.” 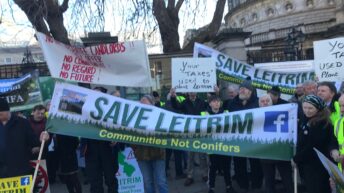