A wet, windy and wintry week in store – Met Eireann 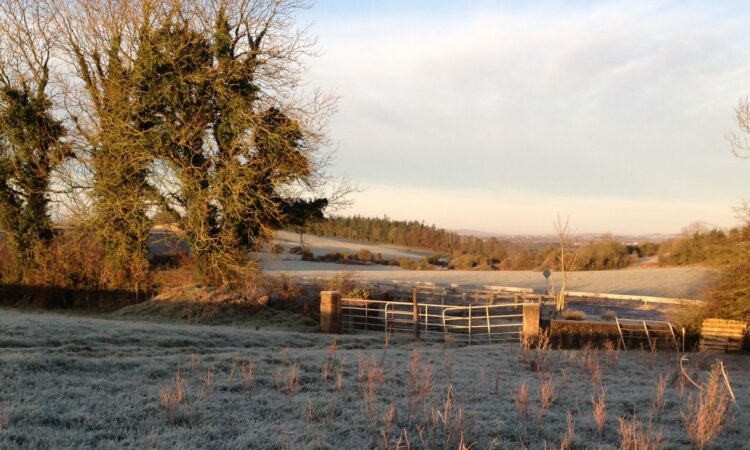 There will be rain for the first half of the week with a drop in temperatures and windy, wintry weather towards the weekend, Met Eireann has said.

There will be scattered showers this morning (Monday) with outbreaks of rain developing over the southern half of the country this afternoon and evening, it said.

It will be windy at first Met Eireann has said and feeling much cooler than recently with highest temperatures 8 to 12 degrees Celsius.

Strong and gusty, westerly winds will steadily back southwesterly while moderating through the afternoon, it said.

Early tonight (Monday) rain in the south will clear and showers further north will die out, with clear spells developing, according to Met Eireann.

It said that southwest winds will slacken and it will turn cold, with some grass frost and fog patches forming and there will be lowest temperatures 1 to 5 degrees Celsius.

Tomorrow, Tuesday, rain will spread from the southwest in the morning to affect all parts of the country, it said.

The rain will turn heavy in places before dying out late in the day and according to Met Eireann fresh to strong, southwesterly winds will develop in the south.

However, it said winds will be light and variable further north until strengthening, west to northwest winds set in generally later.

Rain will finally die out early on Tuesday night and winds will ease, however, Met Eireann said that winds later backing southwest to south will freshen again before dawn.

Outbreaks of rain or drizzle will develop in the south and west on Tuesday night, it said.

Rain and drizzle will become widespread across the country on Wednesday morning and southwesterly winds will increase fresh to strong, although it will stay mild, it said.

There will be little change early on Wednesday night but a clearance to isolated showers will develop later as winds veer westerly, fresh and gusty, according to Met Eireann.

Looking to Thursday, Met Eireann has said that it will become dry and bright across much of the country but outbreaks of rain will occur in the north and northwest.

Outbreaks of rain will spread further south on Thursday night and fresh to strong, westerly winds will veer northwesterly, it said.

It will remain windy on Friday, Met Eireann has said, with a noticeable sharp drop in temperatures.

There will also be frequent showers, some wintry over high ground, it said.

On Friday night, it said that showers will become confined to northern and western counties where many will be wintry; elsewhere, slight air frost and sharp ground frost will occur leading to a risk of icy patches.

According to Met Eireann, cold conditions seem set to persist next weekend as winds veer northerly and continue fresh or strong much of the time.

There will be further showers at first, some wintry, but mainly dry conditions will develop later with sharp night frosts, it said.