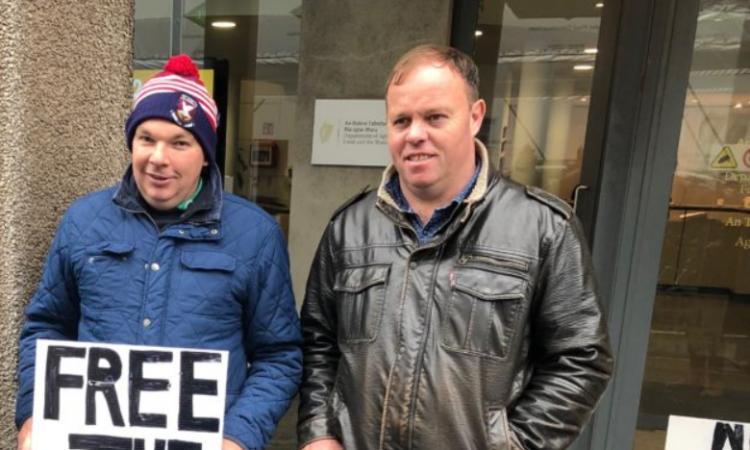 Following the decision by C & D Foods to apply to have its injunctions struck out, the two farmers linked to the legal proceedings have expressed their relief.

Paraic Brady and Colm Leonard are both farmers from Co. Longford. Both of them had injunctions remaining over them since the series of protests that took place outside meat plants across Ireland this summer.

While all other injunctions were lifted, the two farmers’ injunctions – taken out by C & D Foods –  remained in place.

The news comes less than 24 hours after the tractor protest in Dublin stood down. During the protest, Paraic Brady – who is also a Longford Fine Gael councillor – met with the Minister for Agriculture, Food and the Marine, Michael Creed, to highlight the precarious situation he was in.

Speaking on behalf of both farmers, Paraic Brady said: “It’s not just a victory for us; I think its a victory for rural Ireland.”

Brady believes: “Without that protest in Dublin the other day, this would never have been lifted.”

He said the result shows: “If we all stick together, we’re stronger. It has sent out a message that we are resilient. It just shows we can achieve something when we stick together.”

We have achieved a small piece of where this [current situation] needs to be but at least now the taskforce can go ahead and that needs to achieve what it was set out for and that’s a fair base price for beef.

“It’s good news for everyone in the farming sector. The injunctions will be lifted and we’re delighted.

Advertisement
Also Read: C & D Foods to apply to have injunctions struck out

“We felt it was our fault that we were holding the whole thing back – myself and Colm.

It’s a great relief going home this evening knowing that you’re not going to probably lose your house or your farm.

Concluding, Brady said: “I want to thank all who have stood behind me.”