Irish farmers to be refunded €13.6 million from EU crisis reserve

The European Commission will reimburse €467 million to European farmers, from this year’s agricultural crisis reserve.

Under a regulation on the money, published yesterday, Wednesday, November 27, Irish farmers are to be reimbursed some €13.63 million from the reserve.

The money was originally deducted from the 2019 budget for farmers’ income support under the Common Agricultural Policy (CAP).

The crisis reserve was not needed in 2019 even though the agricultural sector faced challenging situations this year, according to the commission.

Additional support measures were put in place to help farmers affected by the extreme weather this summer, in the form of higher advance payments and exceptional derogations on greening rules, which did not require use of the reserve.

Advertisement
The decision means that the amounts deducted from direct payments this year may be reimbursed to farmers by member states from December 1, 2019.

The concept of the agricultural crisis reserve and its reimbursement mechanism was agreed in the 2013 CAP reform, according to the commission

It was applied for the first time in the 2014 budget year.

Change for donkey status in ANC

Landowners who used donkeys’ passports to claim the Areas of Natural Constraints (ANC) payments for 2019 and previous years will see a change in 2020.

Landowners who used only donkey passports in the past, can only use them next year to account for 50% of the land area from 2020 onwards.

For example, if a landowners minimum stocking rate of 0.15 LU/ha is the equivalent to four donkeys, from 2020 onwards, they can only use two donkeys and two other livestock units (LU) from cattle and or sheep.

You can also use breeding ponies provided that a mare had a foal in 2019. 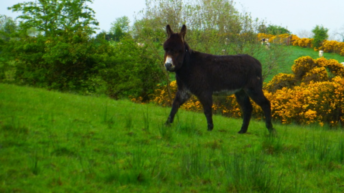 Changes in 2020 for donkey status in ANC eligibility