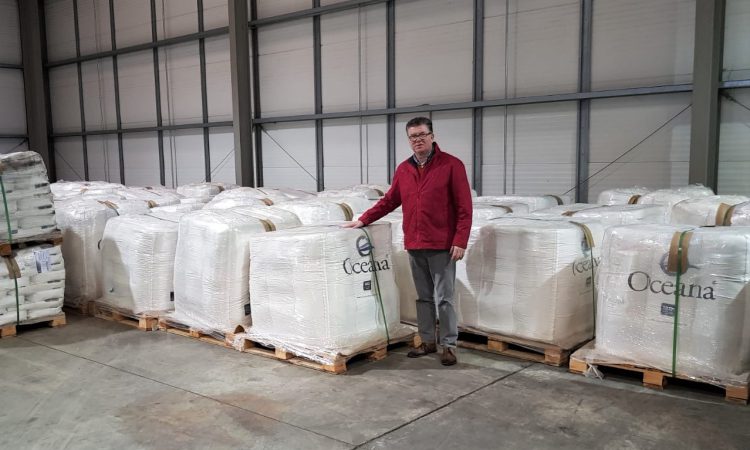 Michael Casserly, managing director of MCL Agri Supplies, has recently returned from a trip to Brazil where he visited the harvesting site for quite a unique product.

This product is Oceana mineral, LithoNutri – which Michael says is 100% natural and is extracted from sedimented marine algae.

“It is one of the most competitive and scientifically proven slow release buffers on the market,” stated Michael.

Oceana is a Brazilian company which has developed this product – and others – from the sole ingredient, Lithothamnium calcareum.

Michael has recently brought this product to the Irish market and is also the sole distributor of the product in both Scotland and the UK.

Lithothamnium calcareum is a marine algae that is present in big colonies in the open sea and grows in depths of up to 30m, explained Michael.

According to Oceana, it is made up of more than 40 balanced nutrients, with high solubility and availability to the living beings.

Commenting on his trip to Brazil, Michael said: “The reason I went to Brazil was to meet the scientific committee and to see what kind of work they are doing out there, as well as to visit the harvesting site for the product.”

It’s a natural and a sustainable product because it keeps being re-invented itself, you could say.

“The extraction of the raw material is environmentally-friendly as well. The process is fully conscious and projected in a way that the quantity of sediments removed is compatible with the natural replacement, which makes it environmentally sustainable.”

On the supply line of the product, he added: “It is coming from a pretty low-cost economy. It is coming out of the sea, pretty cheaply, and Oceana have its own port and its own shipping company. 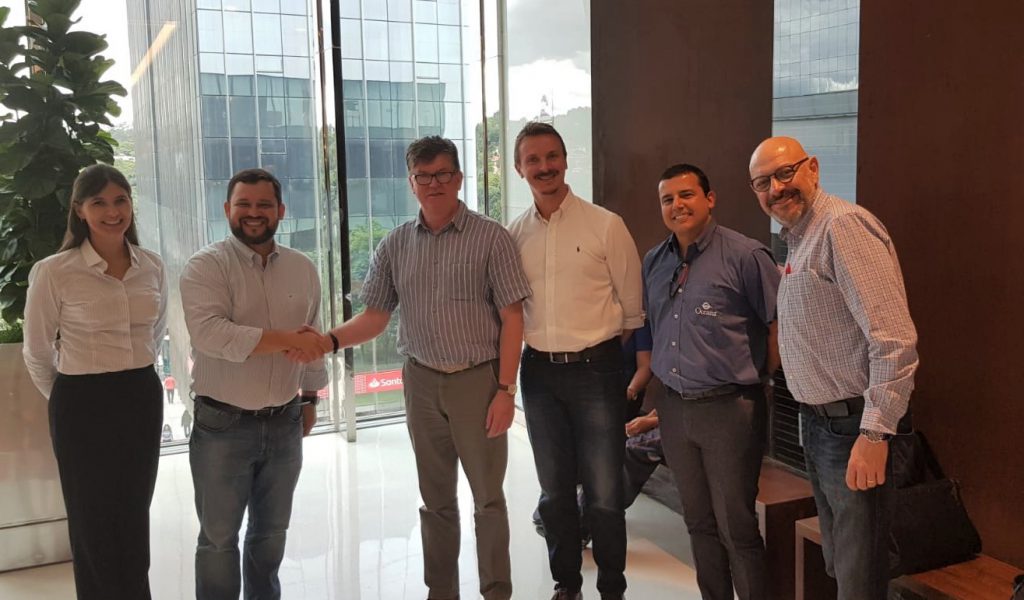 “So there are very few people in the supply line. It comes directly from Oceana’s plant, directly into Co. Dublin and into my logistic centre in Co. Longford and then it goes straight to the pre-mixer/mill.”

Michael further noted that under the current climate of the coronavirus, bicarbonate is increasing in price; therefore, it is becoming more cost-effective to use LithoNutri.

The shear amount of product available to Oceana was also highlighted by Michael.

He said: “Oceana is selling about 60,000t/year of this product and it has a licence for a 700 million tonne stock of the product available to them in the sea.

“That was another one of the attractions to the product; it is not going to run out anytime soon.”

As stated by Oceana, LithoNutri is recommended as an ingredient for feed, premix, mineral and vitamin complexes, mineral supplements, homeopathic complexes, protein/energetic supplements and compounds for mycotoxins adsorbents.

Lithonuti has an application in pig and poultry, but predominantly in beef and dairy, explained Michael.

Michael outlined the following benefits of the product:

It may be associated with other products of buffering action, such as sodium bicarbonate and magnesium oxide.