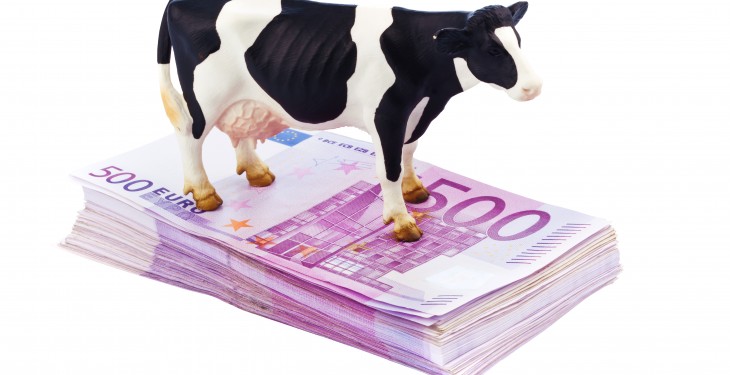 The figures show that two farmers (one in Co. Wexford and one in Co. Kilkenny) received Single Farm Payments of more than €300,000.

The farmers identities were not released with the figures, however it’s understood that the Department of Agriculture will release the names and individual payment details of Irish farmers within weeks.

The figures in the table (click below for a larger version) show that 216 farmers received more than €100,000.

These figures are based on 2014 Single Farm Payment applications paid to date.