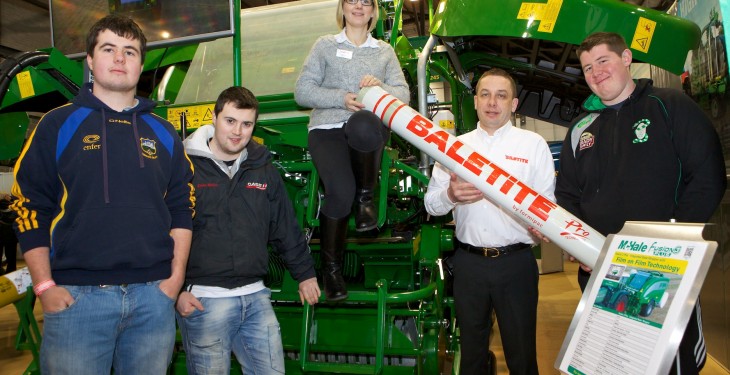 Baletite were on display at the recent FTMTA event in Kildare

The F&F system is a dual film wrapping method and it involves the use of both Baletite mantel film, a netwrap replacement film, and Silotitepro, next generation balewrap.

Traditionally netwrap is used to bind silage and other crops into bale format. This new mantelfilm replaces netwrap and it was on display at the recent FTMTA machinery show in Punchestown.

Silotitepro Technology balewrap is a pre-stretched five-layer wrapping film which, the company claims, can withstand the rigours of modern wrapping machinery.

This innovative system discourages mould growth, it says, through an enhanced oxygen barrier.

Both Baletite and Silotitepro are made of the same base material so there is no need to separate the two for recycling after use, according to the company.

This, in turn, makes the F&F wrapping system more sustainable than traditional netwrap.

The feeding process is a much less taxing process on the farmer. F&F baled silage can be fed to animals with minimal intervention by the farmer. Baletite is also easily removed from the bale; ensuring no feed becomes tangled with the wrap.