Komatsu has completed the roll-out of its EU Stage IV compliant ‘Dash 8‘ range of wheel loaders, with the arrival here in Ireland of its new, smaller 12t WA200-8 model.

Said by its distributor, McHale Plant Sales of Birdhill and Rathcoole, to have a “particular appeal” for agricultural contractors, grain wholesalers and suchlike, the new Dash 8 model is powered by a more environmentally-friendly engine and emissions system.

Embodying features from the previous Dash 7 version, it is apparently designed to deliver more productivity and improved operator comfort. 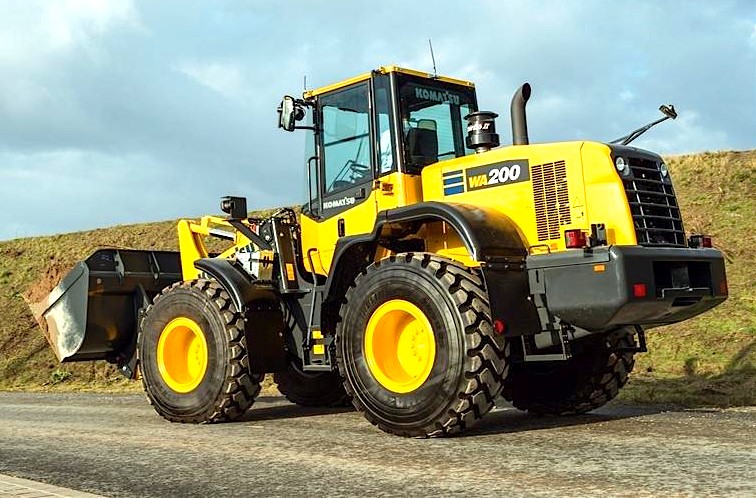 According to Komatsu, Dash 8 features include “ease of maintenance, improved operator comfort and machine monitoring and maintenance support”. Offering what it describes as “best-in-class access to control points”, service intervals have been lengthened.

Improved operator comfort, says Komatsu, is partially thanks to increased leg space and a heated, air-suspended driver’s seat. In line with other Stage IV compliant machines, the Dash 8 is equipped with the latest KOMTRAX telematics. 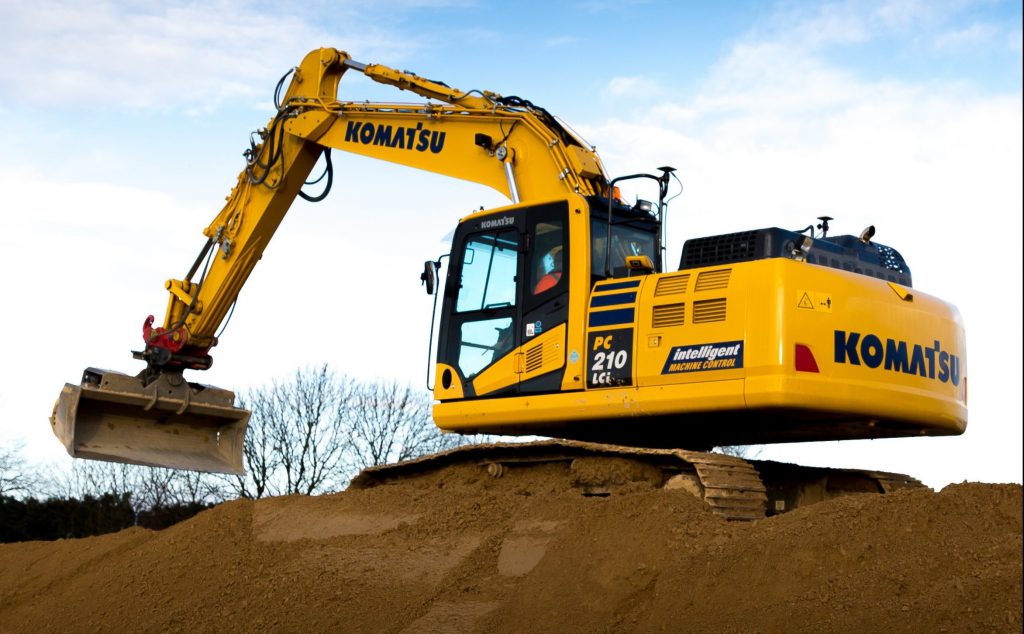 The new PC210LCi‐11 includes a control function that allows the operator to work without fear of digging too deep, thanks to its novel technology.

While Komatsu has previously released an excavator with “intelligent technology” – the PC210LCi-10 – this feature is now a “proven concept“. Komatsu claims its latest model can “dramatically improve efficiency, precision and safety on a work site”.

Movement of the bucket is automatically limited to ensure that it does not dig further than needed, while the control function automatically maintains the grade – with “real‐time” bucket edge positioning.

The tracked machine that knows when to stop digging