Video: ‘We’d been using her for other jobs, but this is real work’ 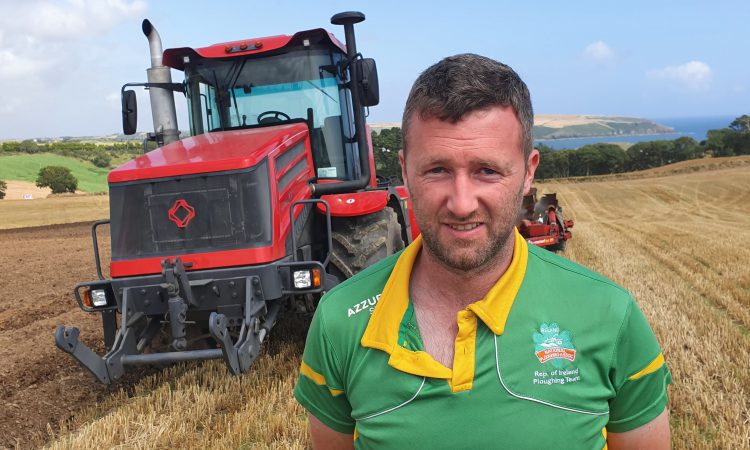 Whilst there, we took some time out to talk to well-known champion plough-man Liam O’Driscoll (pictured above) – the owner of what must surely be one of Ireland’s most unusual new tractors! 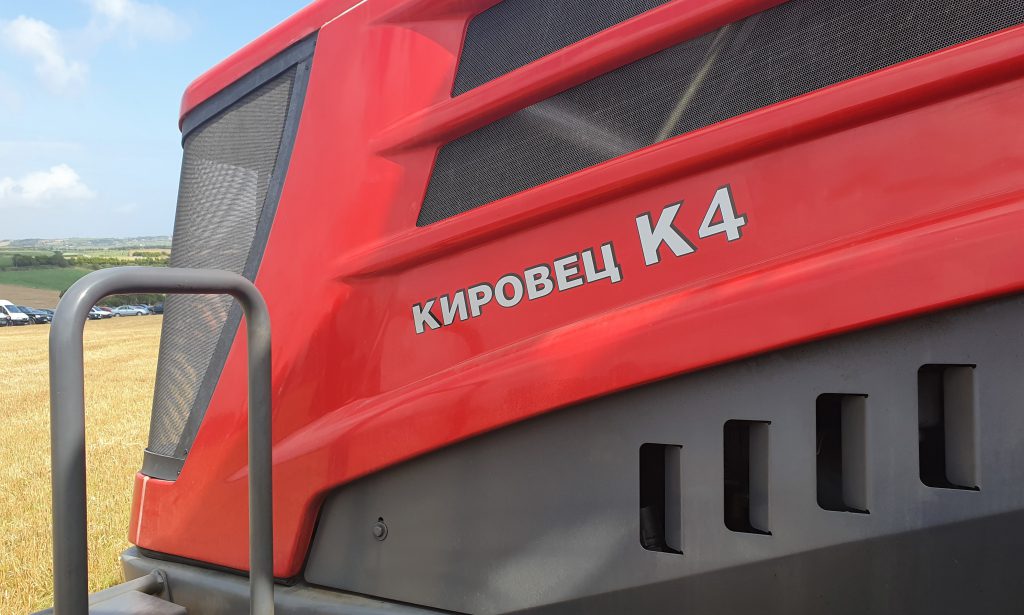 Liam was putting his Russian-built Kirovets K-424 through its paces – with a seven-furrow Kverneland plough in tow – at the event on the scenic Cork coast.

He actually won the 240hp tractor; it was the top prize in a ploughing competition in Russia that took place last year.

We profiled Liam and his eye-catching Kirovets in an initial video last March (soon after he’d taken delivery of the tractor). When we met him at last month’s De Courcey Harvest Day, we were keen to get a timely update – to see how the Russian machine has settled into its new surroundings.

In this video (below – produced by John W Anderson), Liam explained: “This is the first real test of the tractor; we’ve a nice slope for it to climb. You can really feel the power; the power is definitely there.

“We’d been using her for drawing haylage and other jobs, but this is real work – compared to what we’ve been doing all along.

“Firstly, people thought the tractor was very big and awkward; that it wouldn’t do much work. We’re after proving people wrong now, because it’s so manoeuvrable. It’s able to tackle any job.

“We’ve been trying it out [at different things] since it arrived in January.”

Liam went on (in the video) to describe what he likes about the machine, including the spacious cab and, also, how easy the K-424 is to drive.

Aside, rumours abound that this Russian tractor will be present at next week’s National Ploughing Championships in Co. Carlow. Watch this space…

What is the ‘Harvest Day’?

It’s also worth noting that, in our video (above), we spoke to Bill Chambers – from De Courcey Classic & Vintage Club. He explained what the annual ‘Harvest Day’ is all about, describing what sort of machines (and operators) partake in the growing event. 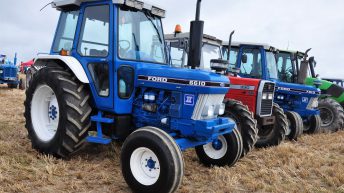 ‘Working classics’ in a show of force – in Co. Cork