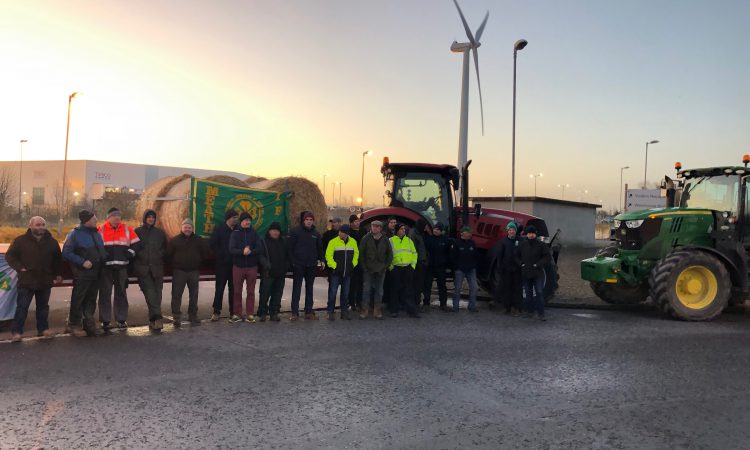 The Bord Bia Beef Market Tracking Index, which is expected to be updated today, Monday, December 9, is anticipated to show a widening gap between beef prices in Ireland and those in the UK and EU, according to the Irish Farmers’ Association (IFA).

Speaking to AgriLand at the IFA’s blockade of the Tesco central distribution centre in Donabate, Co. Dublin, earlier this morning, Monday, December 9, IFA president Joe Healy highlighted that a gap has continued to open up between Irish and other European prices in recent times.

“It’s like any tracker on the market; it’s not going to be in your favour all the time – but at least it’s transparent and it’s something we can go on.

“And I fully accept the sacrifices and the time and the effort that farmers – whether it was the tractorcade or anything else – have done, and farmers went to a lot of trouble for that in all good faith and wanted to get stuff done.

We’ve gone now because there’s a tracker there and there’s justification for a price increase.

“But as I’ve said the tracker won’t always be saying that, and earlier on in the summer when we examined the markets, there wasn’t a gap there and that’s why we didn’t go out protesting at the time.

“There is a gap there now and we’re going to try keep the pressure on.”

Commenting on the outlook into next year for beef prices, the IFA president was optimistic, stating:

“I actually think and I’d be confident that the year ahead looks positive, because when you look at the Chinese situation at the moment and the huge meat protein deficit that’s there [there’s opportunities].”

On China in particular, Healy said:

It has a significant role to play in world markets, and even if it’s not taking as much as we’d like directly off us, it’s taking it off other places in the world that leave opportunities for us.

“We’ve seen what it has done in the pigs, where they’ve gone from the mid €1.30 up to €2.00, it’d be nice to see, and I’d be confident we will see positive movement in the other meats, and particularly in the beef for Ireland.” 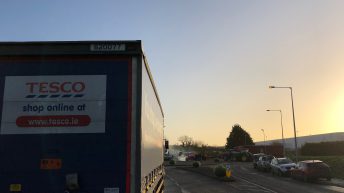