‘Feeding calves was a pain of a job, so I designed my own bucket’ 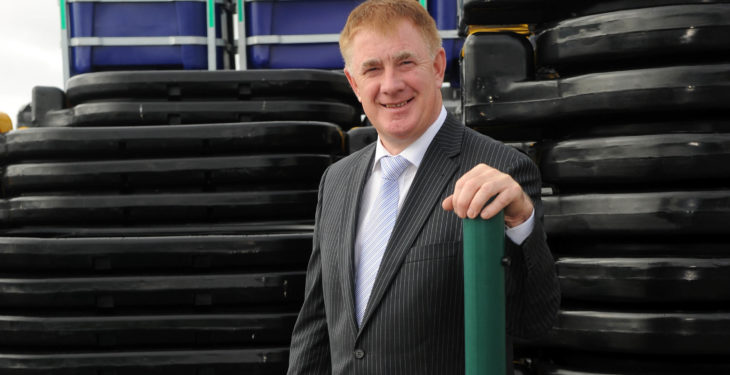 Regarding calf feeding as a “pain of a job” paved the way for Co. Galway small farmer, John Concannon, to problem solve and design his triple bucket. It was a process that led to the establishment of a family business, JFC Manufacturing, to supply specialised polyethylene products to the agricultural sector.

The business subsequently diversified into developing plastic solutions for the construction, civil engineering, equine, marine and material-handling industries. It has sales operations and manufacturing facilities in Ireland, the UK, the Netherlands and Poland – supplying over 40 international markets including Germany, Holland and France. Approximately 250 people are employed.

Having taken over the running of the 25ac of rocky land in Kilconly, Tuam, from his father, a cattle and sheep dealer, world domination was far from his thoughts.

I went to St. Jarlath’s for three years and left when I was 13. I couldn’t get my head around the books, and there was a farm at home. My father said if I could give a hand, it would be great, so I went to the ‘Joe Concannon School of Education’.

After a spell calf rearing and selling, supplying Slaney Meats and Dublin Meatpackers, he came up with the idea for the triple bucket. “The bucket got me into plastics, an area I knew nothing about. I had problems trying to get the bucket into development, but eventually used a sub-contractor to make them, and I sold them directly to farmers at first.”

Getting the bucket featured on The Late Late Show was a game changer, and the orders rolled in, from the likes of: Dairygold; NCF, now Aurivo; Golden Vale; and Kerry Co-Op. The business started in 1987, when he was married with four children. His wife, Patricia, helped out with putting on the handles.

“The plan was to sell 20 a day – we could live off 20 units a week. We were making about £6 or £7 on every one,” he said. “Our first export was to Volac in the UK, which wanted a vehicle to get milk into calves.

We got an order for 400 buckets and that was big stuff. We took on a few sales people and started developing other products such as plastic water troughs.

“I learned how to make moulds, and that was key. Then we used a local engineering company,” said Concannon. After initially setting up in an IDA unit, he bought a premises in Tuam in 1990, starting to manufacture with a team of 10. A grant from the county development team got him on his way.

Turnover is now at €50 million. “We have other built-on acquisitions that we will be announcing in the new year, and our plan is to have the figure at €100 million by 2020.”

It wasn’t all plain sailing however. There have been plenty of low points over the years including: the BSE crisis; the Foot and Mouth outbreak; 9/11; and the financial crisis of 2008.

In 2007/2008, we had 120 people and we had to let 25 people go. It took a long time to get them back. A total of €10 million was wiped off our turnover. We had to take serious action to counteract that. Every building site in the country was closed down; the country closed down.

Happily prospects are much brighter now, despite Brexit, which has had an impact on the company’s UK operation. “England is on its knees at the moment. It shot itself in the foot in the biggest own goal for years. I hope they get sense. A lot of people were given the wrong information, but it can be corrected.

“Companies are having to look beyond Brexit to other markets. We are continually looking at new markets such as the UAE (United Arab Emirates).”

Although the business brings him all over the globe, he has stayed close to his roots in Kilconly where he still lives. “You learn from living on a family farm. At the moment we are developing a system to feed cattle in a slatted shed and we are nearly there with it. I’m devising it for myself, but we will provide it as one of our products.”

His four children all work in the company. Jonathan, the oldest, looks after the factory in Poland; Miriam has returned to a marketing role in Ireland after running the UK operation for two years; Colin’s focus is marine products in international markets; and Damien, the youngest, concentrates on engineering and research and development. Patricia, his wife, and Colm, his brother, have been involved from the get-go.

Many of the employees are from farming backgrounds. “A lot of them have small farms which are their hobby. We’re ideally located in Tuam for that. If you wind the clock back, we had the sugar beet industry here. In some ways, we are replacing that on a small scale.”

The company spends €1 million a year on research and development, and receives strong support from Enterprise Ireland.

“JFC is a problem solver, and we have developed many a product from farmers’ ideas. Our meal bin was the idea of a farmer, as was our TidyWrap unit. We pay farmers for their ideas or give them commission.”

The organisation is currently in recruitment mode, especially for engineers and technicians. “We face competition for good people from the biomedical companies in Galway but we have a very loyal team of people who have stayed with us for a long time. We try to look after them well.”

He is also committed to the wider community through his company’s emphasis on social responsibility. He became known as a philanthropist through his appearance on the RTE programme ‘The Secret Millionaire’ in 2011. Since then he has supported Pieta House as well as other charitable organisations.

Going back years, I had a friend who took his life by suicide, and you never forget that. There isn’t a community that isn’t affected by suicide, and it creates an awful hole for the people left behind. Unfortunately it is very prevalent in farming. Life is life, and if I can save one life, I will do what I can. We all have a social responsibility to do something.

“I’ve always been involved with charities. Every year, we have a golf charity day and pick a different charity to benefit from the proceeds,” he said.

Back to business, and 2018 will bring with it lots of new product launches. “We are working on something big in the agri business sector,” he said.

Looking at young people now, including his grandchildren, he is impressed by how tech savvy they are. “Back when I was starting out in business, interest rates were 18% and 19%. It’s cheaper now to borrow, but the question about young people is will they have the staying power? That’s key.” 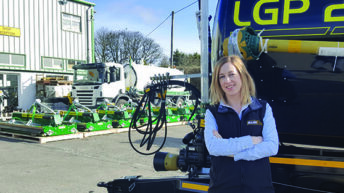