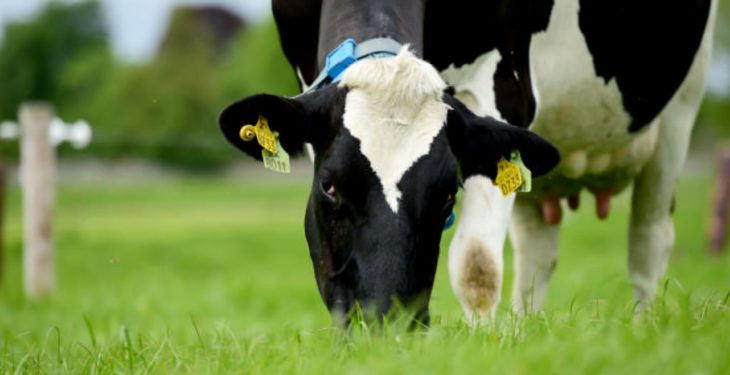 Assembled in 2012, Teagasc’s Next Generation Herd was developed to validate the EBI (Economic Breeding Index) and to see would it deliver the right type of cow for Irish grass-based farmers going forward.

Two groups of animals were amassed – an ‘elite’ and ‘national average’ group – from commercial and Teagasc dairy herds. Before being purchased, all of the animals were subjected to genomic testing and rigorous heath screening.

Teagasc’s Morgan O’Sullivan, a PhD researcher, said: “The objective was that the two groups were at least two generations of breeding apart from each other.

We targeted the top 5% of animals on the basis of EBI and we ended up with a mean EBI of €154 for our elite group versus €51 for the national average group.

“On the original elite animals assembled, there was approximately 40 different sires represented,” he said.

In spring 2013, 90 elite heifers and 45 national average heifers calved down on the Dairygold farm – operated by Teagasc – in Kilworth, Co. Cork.

O’Sullivan presented the initial findings of the study, which incorporates four years of data, at the recent Teagasc National Dairy Conference.

Based on the first four years of the study, he said: “On average, we seen that the elite animals displayed a lower propensity to produce milk – 199kg less milk.”

But, he said, the milk produced was of a higher composition.

“With the lower volume and higher composition, it’s lending itself to a difference of 9kg of milk solids per cow in favour of the elite animals.”

Throughout the duration of the study, the parity structure of the herds had to remain the same. This essentially means that regardless of how many animals were culled from one group, the corresponding number had to be replaced in the other group.

Although many farmers have questioned why this was necessary, O’Sullivan said that it was required as part of the research project.

The Teagasc representative also discussed fertility performance, adding: “Over the four years, on average, we’ve seen a 92% submission rate in the first three weeks of the breeding season in the elite animals versus 86% in the national average herd.

“Pregnancy rate to first service was 60% in the elite animals, which compares favourably to 46% in the national average group.”

This was also the case for 6 week in-calf rate which stood at 73% in the elite group and 58% for the national average animals.

“Critically, the final pregnancy rate in the elite animals was 92% in calf at the end of a 12-week breeding season verses 81% in the the national average.

“The elite animals have achieved all of the targets for fertility performance that we are aiming for in our herd.

“In terms of the calving-to-conception interval, the elite animals are going back in calf – on average – four days earlier each year and they are requiring fewer services to go back in calf,” O’Sullivan explained.

In addition, survival analysis confirmed greater longevity for the elite cows, with 60% and 40% of the elite and national average cows surviving to the end of the forth lactation respectively.

These results were generated assuming the cows were brought to their fifth lactation, a replacement rate (including a degree of voluntary culling) of 17% (elite) and 27% (national) average was applied and the cows in the elite group produced 30kg more milk solids per cow.

“The latter is still the greatest challenge to maximising profitability from seasonal pasture-based production.” he said. 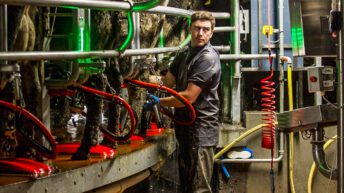 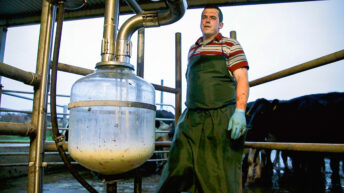