Poll: What’s the best tractor to bring to an Irish ‘bog’? 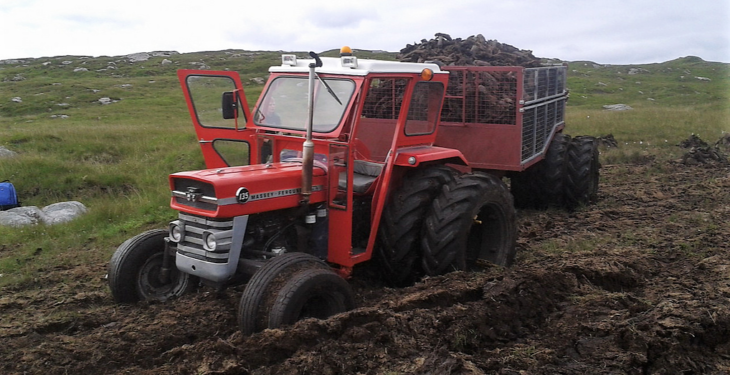 This one’s strictly a bit of fun; we’re asking for your input – and your machinery know-how!

We’re talking about ‘bog’ tractors here – but not machines that commercial peat harvesters might gainfully employ.

For example, we’re not concerned with a Fiat (or Fiatagri if you must!) 160-90DT on tracks or a Same Laser 130 tugging a ground-drive hopper.

Nor are we even thinking of the likes of a Landini 10000 S working tirelessly – day in, day out – scouring a commercial peat ‘prairie’.

Our focus here, instead, is on a simple, no-nonsense, god-fearing tractor – a specimen that might be called into service to draw home a bank of turf, to stave off the misery of an Irish winter.

You know the type; a tractor that might be paired with a make-shift, box-shaped, lob-sided timber trailer (with one wheel bigger than the other!); a tractor that can potter about the parish on those sultry summers’ evenings – when the locality is awash with freshly-scythed turf.

We’re talking about a tractor that is not only home to a driver, but a possible army of family members (some more willing than others to embrace the prospect of a day’s toil in the bog!).

We’re talking about a trusty steed in which you might readily stumble across a bottle of TK Red Lemonade or a half-eaten ham sandwich – the staple diet of any seasoned turf junkie.

Bog duty is where many nostalgia-inducing tractors spend their retirement – before that final trip to the breaker’s yard (or abandonment in an over-grown ditch, plugging a gap torn out by a frenzied bullock).

But which tractor is best for such a glorious endeavour?

There are any number of possibilities. For the sake of brevity (and our sanity), we’ve narrowed it down to a list of just four.

The short-listed candidates are:

The 135 is a dependable, inoffensive old ‘bus’; it potters about with no major drama or fuss.

It’s the epitome of what tractors were meant to be about – or so goes the popular folklore that now steadfastly surrounds these fondly-remembered machines.

It is small and none too heavy – a boon for the bog. Alas, there isn’t much in the way of creature comforts – nor is there much space for the rest of the family to tag along.

Of course, a 135 looks best when adorned with as many ill-fitting accessories from your local Motor Factors as can conceivably be attached to the tractor – rally-style spot-lights are a ‘must’.

Is the 135 a ‘must-have’ bog tractor? Speak now; or forever hold your peace.

Zetor – an obscure manufacturer from what is now the Czech Republic – held an enduring fascination among Irish people for many decades.

The big Crystal 8011, for example, was ahead of its time; its Ursus counterpart (based on Zetor’s design) even had front suspension (albeit just coil springs). That was long before the likes of John Deere and New Holland were waxing lyrical about ‘TLS’ or ‘TerraGlide’.

The smaller tractors, including the 5211 and its ilk, had a place too. The 5211, for example, was notable for its gigantic cab – not only could the whole family (‘slave’ labourers for the bog) be accommodated; you could also bring all the relations – right up to a third cousin (twice removed!).

There was also room for multiple bottles of the aforementioned TK Red Lemonade; and perhaps even Scor orange – to stave off ‘bog’ thirst.

The Leyland 262 – and its siblings – is largely unfamiliar to many in Ireland, but it’s fondly remembered by some.

Once a beast of burden on Irish farms – and even occasionally in a contractor’s fleet – the 262 and its like are now on lesser duties (for the few that remain).

The Ford 3600 has finally found its true purpose; in recent times it has developed into a formidable ‘bog’ tractor – in AgriLand’s esteemed opinion.

However, there is a caveat; the 3600 in question must be equipped with a Fritzmeier cab (pictured); this provides the space that any aspiring ‘bog’ tractor really needs. 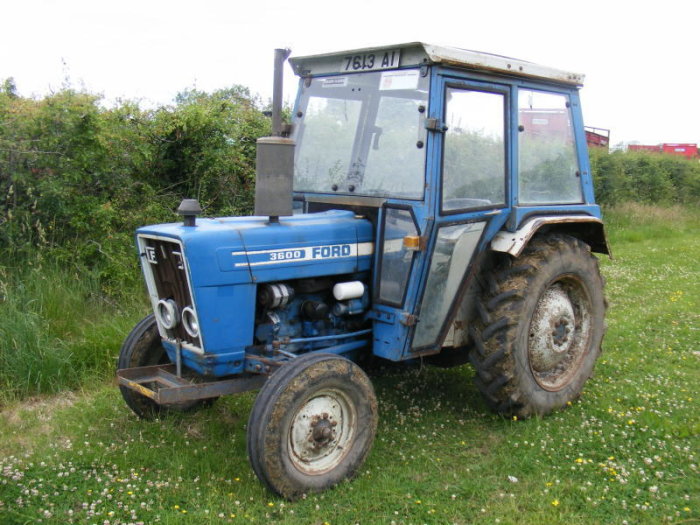 The 3600 harks from the late 1970s and early 1980s; it was a time when the likes of Ford and Massey Ferguson dominated the Irish landscape – ‘blue’ and ‘red’ tractors still figure prominently in this day-and-age too!

By the way: Its three-pot engine produces a hard-edged noise; ear-muffs will be needed.

Could the 3600 be the ‘ultimate Irish bog tractor’? Indeed, is it your first choice? 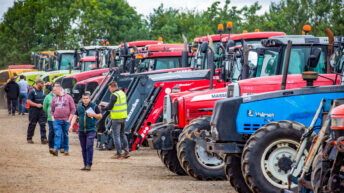