70th celebrations for Macra club with a ‘Mr. Valentine’ contender – and several weddings 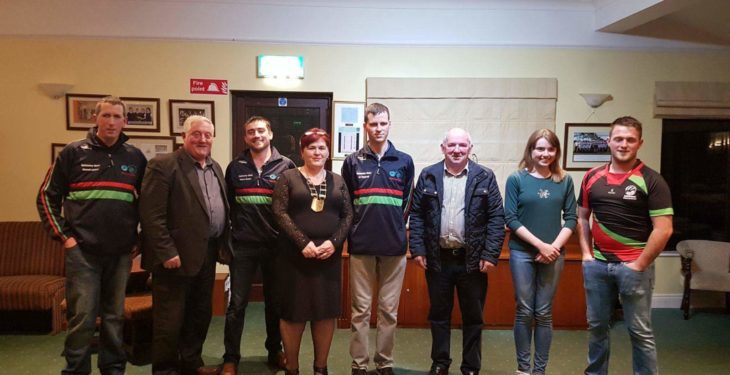 Rathdowney Macra Na Feirme celebrated its 70th anniversary with a function in the local golf club on December 2. Among the attendance of approximately 100 at the night of nostalgia, were: Macra national vice-president, Cara O’Mahony; IFA national treasurer (and former club member), Jer Bergin; and Laois IFA county chairperson, Francis Gorman.

Club president, Diarmaid Delaney, was presented with a clock on the night to mark his 20-year membership.

The club started out as the Donaghmore Young Farmers Club, holding its first meeting – called by Paddy Hoare, a local rural science instructor – in Donaghmore Co-Op on November 13,1945.

Uncertainty surrounds the exact date in 1947 that Rathdowney Macra was formally registered but subscription for the first year was set at two shillings and six pence, according to Delaney.

“John Moylan was elected the first chairman. The programme for the first few months included such topics as: housing and feeding of cattle; manures; farm and cottage gardening; and germs,” he said.

The first social night was a card drive with a top prize of a goose. Paddy Tighe, Kylmelawn, Errill was secretary of the club for 12 years. Another Errill man, Tom O’Shea, was club president for almost 10 years.

In 2005, Cullohill Macra members joined Rathdowney Macra following the closure of their own club, boosting membership.

The club has long been an important social outlet in the locality. Field evenings were a major part of the early years. As well as locals, these attracted visitors from other Macra clubs in Laois and neighbouring counties.

“Club members staged many plays and variety shows down the years and played an important part in the Rathdowney festival. The club has a stand at the annual Ossory Show, showcasing all that Macra has to offer,” he said.

For many years Rathdowney Macra ran the annual ‘Prior Mind of the Rathdowney Festival’ competition, a general knowledge quiz usually held in conjunction with a table quiz. The winner was awarded a perpetual trophy first presented by W.G. Percy in 1980.

Despite being one of the smaller clubs in the county, Rathdowney Macra has always been able to make an impact on the national stage. “Pat Hayes won the national beef stock judging competition in 1984 while club members have recorded numerous runner-up awards in beef, sheep and dairy stock judging over the years,” Delaney said.

In 2011, two teams from the club competed in the final. It may have taken a while, but since making its first appearance in the national talent competition in 2004 when Delaney competed in the mastermind section, Rathdowney Macra has become a regular contributor to the final.

The club’s first trophy in the final came in 2010 when ‘Rathdowney Reggae’ comprising: Billy Holland, Podge Phelan, Matthew Clancy and Michael Dooley, took the runner-up spot in the novelty act.

2011 saw the club’s first appearance in the ‘Capers’ final. Tadhg Keane scooped the best actor award in the final while Aoibhinn Ryan took best producer in the semi-final.

Club members have taken part in many of Macra’s personality competitions, including Pat Hayes who took fourth place in the ‘Mr. Valentine’ competition in Thurles’ Premier Hall in 1982.

Speaking of Valentine, there have been quite a few weddings among members, in true Macra tradition. These have included: Sean Sherman and Helen Phelan; Eamonn Herke and Stella Fitzgerald; and Sean Miller and Helen Campion.

The club has also travelled overseas. Club exchanges with young farmer groups in Scotland, Denmark and Holland were undertaken in the ‘90s. In 2008, Rathdowney Macra became the first Macra club to take part in the Guernsey Gaels seven-a-side Gaelic football tournament. Club members attended the Royal Welsh Show this year.

Members have also travelled to Australia and New Zealand, including James Barber who won a six-month working trip to New Zealand through the Stephen Cullinan Scholarship.

The club currently has almost 30 members and the committee comprises: chairperson Jamie Corcoran; secretary Michael Holohan; treasurer Ian Fitzgerald; and PRO Mairead Devitt. Meetings take place monthly in O’Malley’s pub. Anyone interested in joining is welcome to get in touch through the Rathdowney Macra Facebook page. 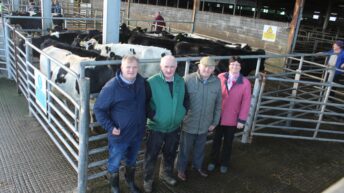