April 2015 brought about a seismic change to the Irish agricultural sector; the loosening of milk quota shackles gave many farmers the opportunity to expand and grow their dairy businesses.

In the intervening period, the Irish dairy herd has grown significantly; moving from almost 1.13 million cows in 2014 – a quota era – to over 1.43 million cows currently.

Despite the continued growth and positivity surrounding the sector, labour is becoming a major challenge. Teagasc estimates that the industry will need to bring in 6,000 new entrants – over the next decade – to replace retirees and meet the requirements of expanding herds.

A further worry is the average age of Irish dairy farmers; this currently stands at 58-years-of-age. And, for the industry to continue to grow and perform, it needs new blood in the form of young, trained farmers.

However, apart from the inter-generational transfer of land – which has been the primary avenue of bringing new entrants into the industry for generations – the other options available are quite new and ‘strange’ to Irish farming.

One such method of allowing young farmers to enter, take ownership and grow their own businesses is share farming. Share farming is a collaborative farming model, which has the potential to play a huge role in the future of Irish farming.

AgriLand recently caught up with John Sexton (26), a young, trained farmer, to find out more about share farming and why he opted to use this avenue to develop his dairy business. 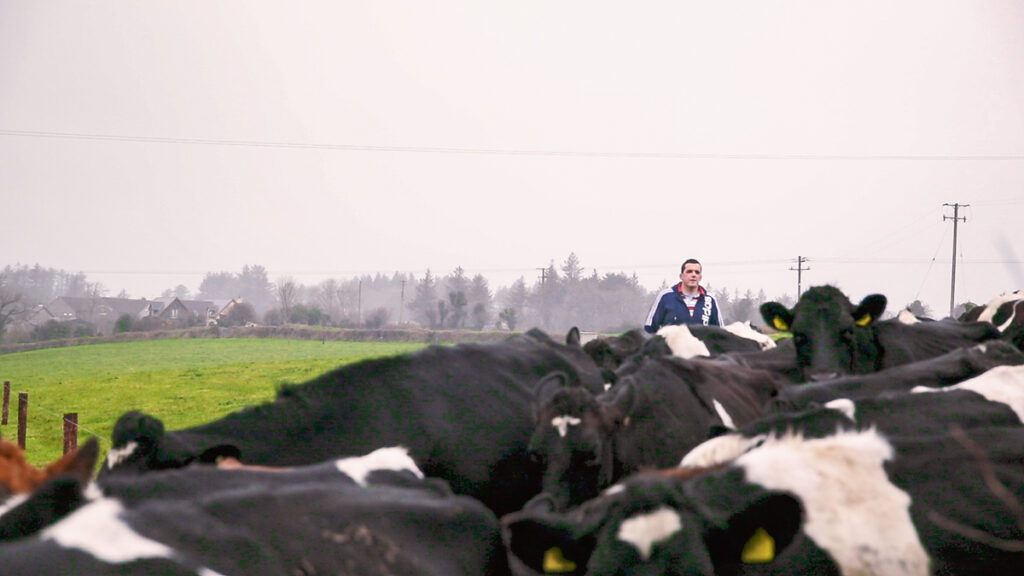 At an early age, Sexton knew that he wanted to pursue a career in farming. Knowing that the family’s farm in Dunoughmore, north Cork, was fragmented and unsuited to a dairy enterprise, he instead opted to complete the Advanced Certificate in Dairy Herd Management in Clonakility Agricultural College.

From there, the young farmer worked on dairy farms in west Cork, New Zealand and England, before returning home to Ireland in 2015 to take up a share farming opportunity in Bandon, Co. Cork.

“I returned home to Ireland in 2015 looking for opportunities with quotas going and I happened to come across Bandon. I went through an interview process and I managed to secure the job.”

Appointed as share farmer in 2015, Sexton is now in his second year of milking cows on Gurteen Farm – a 34ha block owned by Shinagh Estates, which is collectively owned by the four west Cork co-ops. These include: Bandon, Barryroe, Drinagh and Lisavaird. 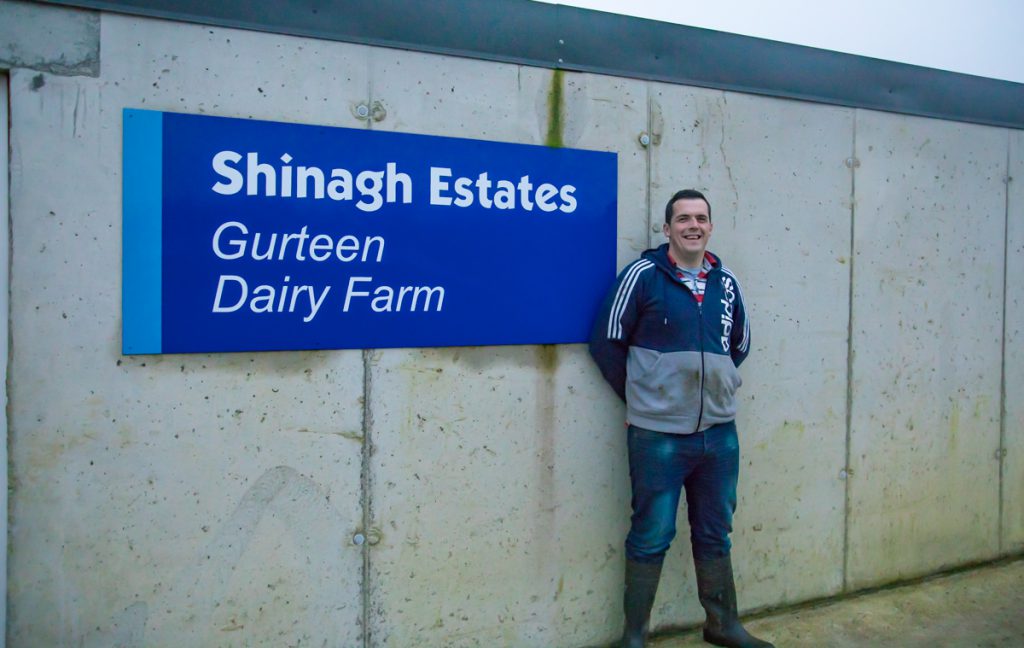 Share farming is based on a ‘win-win’ principle, where both parties interests are aligned. Milk sales and expenses are split, so both parties share the risk and reward of farming.

Shinagh Estates supplied the land, buildings and infrastructure, while Sexton brought his own cows to the arrangement. Through using a parcel of inherited land as collateral, the Cork-based farmer was able to secure funds to purchase a herd of 100 cows to make the venture viable.

Sexton explained: “Here in Bandon, I supply the cows and Shinagh Estates supply the land and buildings. Any cost associated with producing a litre of milk is split between us. But, any cost that is solely down to the cows is my responsibility, as I own the cows.”

Prior to embarking on the project, Sexton had prepared detailed budgets to understand what split of the profits and expenses were required to make the system viable; a 60:40 (farmer:farm owner) split was agreed upon.

What ever goes into producing a litre of milk is split 60:40 and what ever costs attributed to the cows, like veterinary or AI costs, is covered by me. 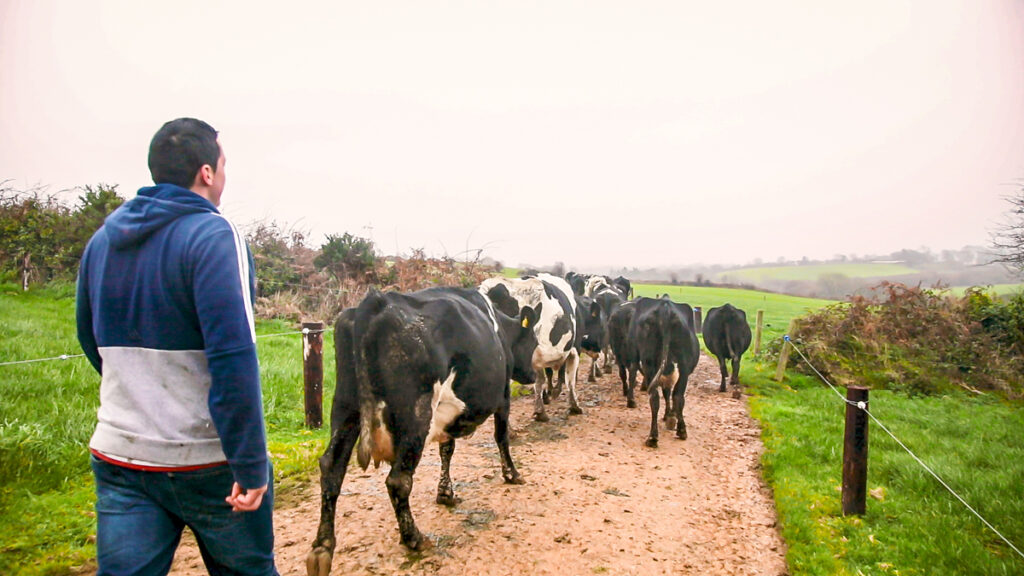 Along with providing the cows, Sexton also covers all of the labour on the farm and is in charge of the day-to-day running of the operation.

Key to Sexton’s appointment to the role was the considerable amount of experience he had amassed since graduating from Clonakility Agricultural College.

Over his 2.5 year stint in New Zealand, the Cork man worked on two separate farms. These farms were home to 650 cows and 800 cows respectively.

I worked on different farms out there at different levels and scales. I started as a dairy assistant and I worked my way up to assistant herd manager.

To start with, Sexton spent one year working with Alastair and Shanon Rayne in the South Island of New Zealand, where he held the position of farm assistant. 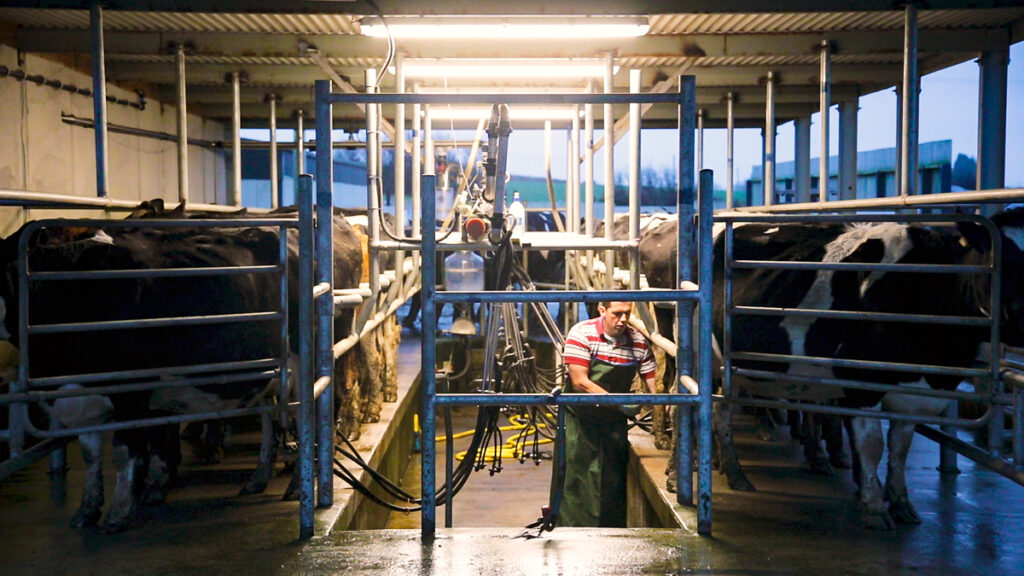 Following this, he moved to a large farming company in New Zealand called Grasslands. This move provided Sexton with additional responsibility, as he took up the position of herd manager – second in command to the farm manager.

Following a 15-month stint on that farm, Sexton moved closer to home to manage a grass-based dairy herd of 400 cows in Manchester, England.

As it stands, Sexton is currently milking 70 crossbred cows. 93 cows were milked throughout the season; first-lactation animals and cows with low body condition score have been dried off until next spring.

The Cork-based farmer is very much focused on milking a herd of crossbred cows; he believes they’re more efficient at converting grass into milk solids and are easier to manage than other breeds. 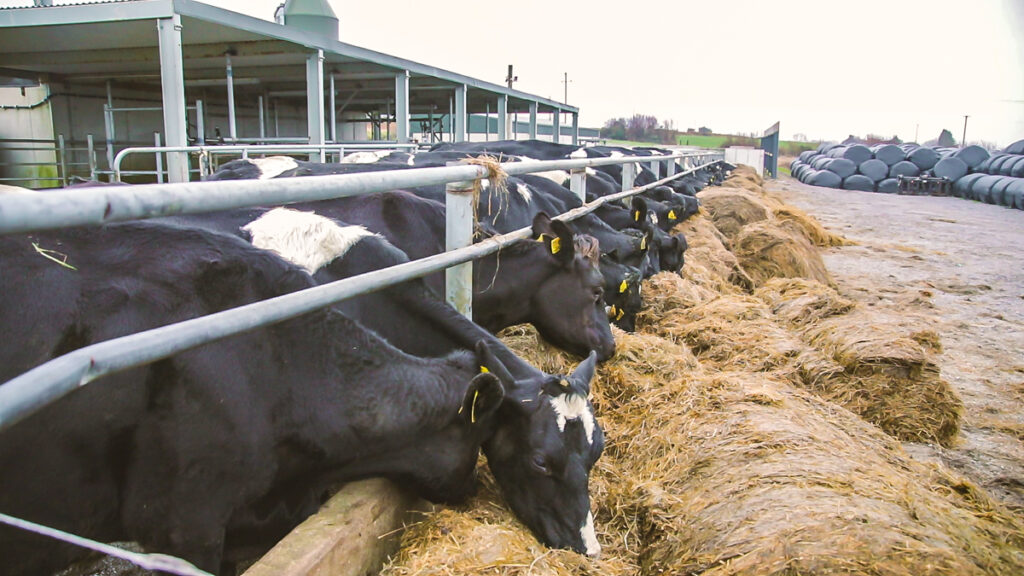 This production was achieved from a grass-based diet, as 10t/ha (12.5t/ha grown) of grass were utilised last year. This year, Sextons on track to grow 14t/ha. Given the jump in grass growth, the quantity of concentrate offered per cow has reduced significantly.

In 2016, the average cow in the herd consumed 464kg of concentrate. This year, the quantity offered stands closer to 270kg/cow.

Sexton also offered some good advice to other young farmers considering the share farming route as a means to enter farming.

It has been a great opportunity for me and it’s allowed me to build up my stock numbers; it’s enabled me to get up on the rungs of the ladder of ownership.

On amassing experience, he said: “Don’t be afraid to put yourself in positions that take you out of your comfort zone, as it’s through these opportunities that you will identify your strengths and weaknesses.

“If you can, work with progressive farmers who are doing things in the right way and remember to keep your eyes and ears open. 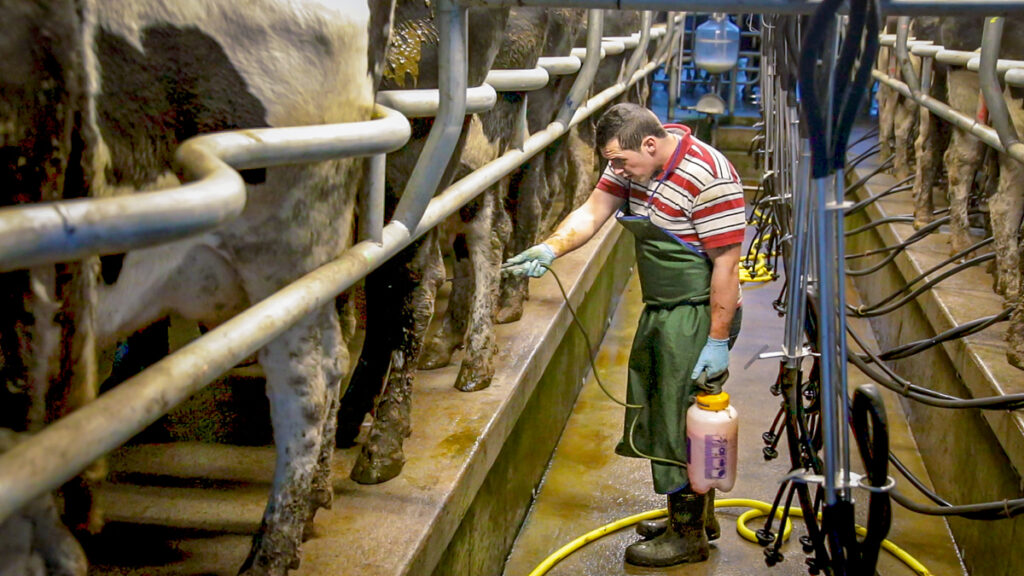 “Treat is as a learning experience; everything that you will learn will come in useful over the duration of your farming career.”

It’s also important, he added, to build a relationship with the bank by saving regularly and making it aware of your future plans.

He also added: “It’s critical that you have a pass time away from the farm, as an avenue to relieve stress.

“Away from the farm, I play rugby with Muskerry RFC and it’s a really great pass time. I also love going to hurling matches and am an avid supporter of the Cork footballers.”